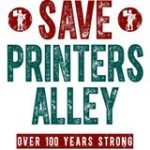 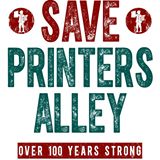 If you are like me you moved here to bring your music and your songs to “Music City U.S.A.”
or you came here to study Country Music’s history.
Perhaps you came to study at one of it’s fine schools or to admire it’s
historical places and people.

Wherever you personally claim or believe it came from it is up to US
to decide where it’s headed.
THAT IS one of the reasons I started this website folks. I don’t make any
money off doing any of this, this all comes from my heart and my brain.
I don’t personally care if tens of thousands of people read my articles
I’ll write them as long as I’m alive…because I love to.
My heart lies within Country Music and Nashville, and one piece of
Nashville is in jeopardy and that why the page Save Printer’s Alley is so crucial.

There is currently a political proposal that could close several businesses around
the historical Printer’s Alley district of Downtown Nashville to make way for a new
“boutique” hotel.
The four targeted buildings include the former Utopia Hotel building — which features
the Downtown Cleaners and strip club Brass Stables as tenants — and the vacant space
above the businesses. It also includes the buildings that house Lonnie’s Western Room
and Fiddle & Steel Guitar Bar on the Printers Alley side and the buildings that are home
to Taste of Italy Pizza, Santorini Greek Restaurant and Kebab Gyros on the Fourth Avenue side.

The website says “progress” seems to be slowly erasing the very things that made
Nashville the city that it is today…I AGREE!
I think Opry Mills ruined Opryland in it’s own right, I still patronize both places
but if I had my choice Opryland would be here again.

You can buy these shirts at the Fiddle And Steel Guitar Bar
in the Alley and you can sign the petition that is in circulation.
I’ll be soon taking the opportunity to purchase one and make MY voice heard!

Friends we CANNOT LET this happen and we CANNOT LET our precious historical
Country Music background die.
I will include several more links so you can study this issue further like
THIS TENNESSEAN article that started the whole
Save Printer’s Alley movement.
They want to make Printer’s Alley another Green Hills!

Folks you can click on the above link and purchase a shirt and add your
support…PLEASE JOIN THIS CAUSE.
Let’s keep this part of historic downtown HISTORIC for our children and
grandchildren so they have the opportunity to also remember where
Country Music thrives and the heart of it beats. 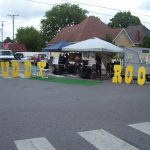 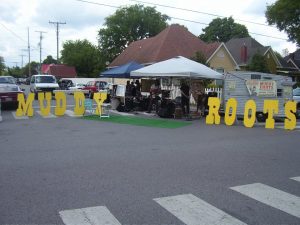 This past Saturday I went down to the Woodland area of East Nashville
for the 2014 Tomato Art Festival.
This was a really fun community street festival that was FULL of music
and family entertainment.
It pretty much had a little bit of everything for everybody no matter
what you are into.

I went down to see Jason Galaz from Muddy Roots and support
some really good music.
I LOVE Muddy Roots and they are always good to yours truly!
Like other music ventures along the same lines he represents the
American Dream…a self built empire from OUR SUPPORT!

It was HOT down there so I really did not get enough time to look around.
Heat and cold are rough on me so I found some shade and a few bottles
of cold water and enjoyed Richie Owens And The Farm Bureau in the Muddy Roots tent.

The three members Richie Owens, John Reed, Brian O’Hanlon together play Americana
roots rock and blues and little bit of everything.
They are actually originally from the Nashville area and Richie really
has an interesting background on his Facebook page.
They currently play every Thursday night at the Blue Bar And Rack Room.

They also currently have a recording entitled “Tennessee” on Red Dirt Records.
And they will be performing during Muddy Roots 2014 festival.
And they are also played on Outlaw Radio Sirius XM Radio.

I enjoyed their cover T For Texas T for Tennessee and they closed the show
with a cover of “Rye Whiskey”.
They had many original songs including L and N which was a train song,
and another called “Going Down South”.
My personal favorite was “Shes Got Everything She Needs Accept Me”.

More of their original material were songs like “Sticks And Stones”
and ‘Rolled And Tumbled”.
I really enjoyed his use of pedals and his arsenal of guitars he has.
He had a really unique way of using a “crybaby pedal”.

There was indeed a pretty good time had by all down there and I
would REALLY suggest you check out this band at Muddy Roots
or wherever they are next.
I fully plan to delve further into their music and set and you can damn sure
bet I’ll report on them again SOON! 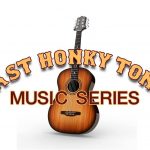 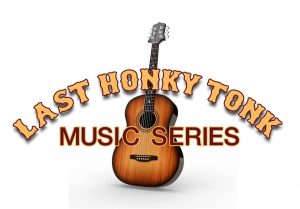