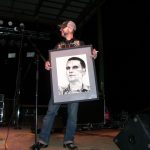 Scoreboard Bar And Grill is a bar I like to go to for two reasons, the food is good AND It’s a Packer bar. Now if you don’t know me as a person I AM a football NUT, I watch every team I am NOT a hater although I suppose I have my least favorite teams too. The ONLY thing I do NOT like (but YOU might) is they allow smoking in there but there are so many TV’s it usually doesn’t bother me.

This September 16th and 17th they are launching a TOTALLY FREE pre-party to kick off their first ever Bike Week to be held at Loretta Lynn’s Ranch in Hurricane Mills Tennessee in 2017. This is the first ever of it’s type in the state of Tennessee and I’m going to be honest about a few things, first I know NOTHING about motorcycles or riding them nor is it an interest to me. Do I share the road with bikers? SURE! Do I have biker friends? I SURE DO! Do I like the music they do? OH YES YES I DO! In fact that’s why I am here to tell you about the music involved with this event and I plan to be there to support whatever they need.

So this is a two day event complete with raffle prizes a bikini contest and a poker run. There will be vendors and merchandise available as well. The music will begin at 7 on Friday night but those two acts will also perform on Saturday which begins at noon.

So now folks you KNOW ME and you know how I operate, I’ll always include some links to local area hotels in my articles and the good news is there are a TON of GREAT hotels in this area and at this time of year the prices should be reasonably low. I LOVE Music Valley Drive area, just too much food and endless activities to see.