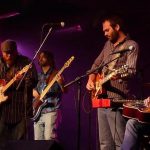 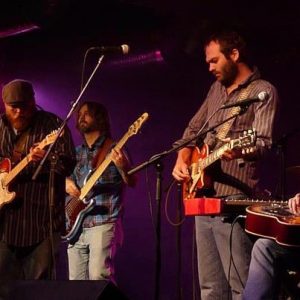 I’ll tell you what 2016 just keeps getting bigger and better in the NEW Country Music department with so many stellar artists putting out GOOD material, and in the next few weeks we will be BLASTED with albums form so many Legends that I’ll be digging a DEEP ditch trail to my local record store for all of them. Now one of  the new albums coming out VERY SOON is “Lucky Me” the new offering from Country Legend Moe Bandy.

I heard three of the new songs on his LIVE album from 2015 and one of them will be called “He Ain’t No Hank” ,It’s a song about a janitor that was in the studio that Moe ran into as he was looking for songs. After talking with him and listening to his song he decided to record it, not long after he cut it the writer died. It has a slight modern twist to it..I say SLIGHT..this song still had piano and Moe’s classic traditional sound as well.

“Midnight Rodeo” is another new song on the album and it’s a slower ballad song that shares his life on the road. It’s a hard rough life out there and Moe is still one of the few active Legends we have left still playing over 150 shows a year. He also has a song called “Take Your Momma When You Go”, which is a song about a  man loosing his wife and his mother -in-law too! This song also has a more modern twist to it but like I said it does NOT exclude those classic steel guitar sounds he is known for.

One of the reasons I adore Moe Bandy so much is because his first album came out the year I was born 1972 and was produced by Ray Baker who actually made Moe pay in advance for his first album, and OUT came “I Just Started Hating Cheating Songs Today”. What followed was a LONG career of ten number one hits, ten top ten hits, sixty-six charted singles, and 5 albums that went gold. There will also be duets with Ricky Skaggs, Riders In The Sky, and the Oak Ridge Boys as well.

In the time of Kenny Rogers pop country, and the Nashville Sound doing their thing, the Outlaw Country running against the grain and also the Bakersfield Country Music coming from the west coast we had Moe Bandy coming out of the midwest area with pretty much traditional sounding plain out all around Country Music. With the help of writers like Whitey Shaffer he forged a niche in the Traditional Texas style Honky Tonk that was quickly identified by the working man of the 1970’s.

Another fine point of his truly awesome career are all of his classic duet albums with Country Legend Joe Stampley where they recorded some truly timeless classic Country Music and have toured together many times. Also many times he recorded some great duets with Becky Hobbs and many others.

OK FOLKS so you can pre-order this album on his website and ALSO on August 3rd there will be an official release party for the album in Nashville at the Nashville Palace where he will be performing songs off the album and old classic hits as well. To purchase tickets click HERE.