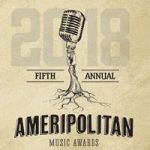 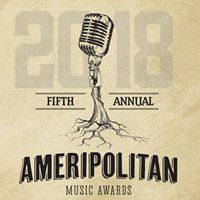 The Dallas Moore Band has been VERY busy burning up the American roads, and this is easily the millionth time I have covered them in 2017. In fact tomorrow night they will be up in Wilder Kentucky at Bobby Mackey’s haunted Honky Tonk. I got the pleasure to see them there many times as well as many other bands.

Speaking of Honky Tonk, Mr. Dallas ALL NEW album coming up is called Mr. Honky Tonk and will be out SOON on Sol Records.  Also tonight we will be seeing Mr. Rye Davis and a band called No Deceit which is a bar band by their own description, because of the wide array of covers they perform.

As always the food here at the Spillway bar and grill was exceptionally good. I LOVE the wings and pizza, heck I LOVE it all, try one of everything! We have a pretty decent sized crowd out here for tonight’s event, and I’m proud to once again feature this wonderful band.

Mr. Rye Davis is going to go up first here, and he opened his set with “If You Wanna Rock And Roll”, and another one of my favorites called “Blue Jeans”. He stood up there and sang his heart out to us on that song, which is one of his more well written songs. He played “The Ride” made popular by David Allan Coe.

Two songs here that he co wrote with his wife one was called “Leaves You Lonely” , he said he recently recorded the song in preparation  for his 2018 release. The next new song I caught on video and I have included it here, while he went into Steve Earle’s “Copperhead Road”.

He went into another well written song called “Lavender Candles” it was REALLY well written in a waltz type delivery, with a truly awesome description. He followed that with another one called “Your Favorite Song”, which was another new song being recorded. Also he played “In Color” in the style of Jamey Johnson, and “Family Tradition” before he closed with the song “They All Know My Name” with a few members of the next band No Deceit.

They did a REALLY NICE cover of “Tennessee Whiskey” in Stapleton fashion, upon which she displayed some TRULY wonderful high notes and vocal range. They played a song called “Nawlins” and a Kid Rock song before the Stapleton song, and another off their album called “Take It Easy”.

This band was exceptionally energetic and complimented Mr. Dallas Moore’s band really well, and set a really nice tone for the closing band tonight. As they played “Might as Well Get Stoned” by Stapleton they once again brought out great rhythm guitars and better solos, this is just a great jam band! “Free And Easy” was next followed by the title of their album a song called “Bar Band” and here the video for their finale is included in this article.

So let my website be one of the FIRST to announce the OFFICIAL album release party date for Mr. Honkytonk will be February 14th at the Nashville Palace, right after Mr. Dallas presents the Ameripolitan Music Award that previous night, because he’s a BUSY MAN!

He opened with “Can’t You See”, and went right into his own versions of Willie Nelson’s “Whiskey River” and also “Freeborn Man”. If it’s one thing he’s good at it’s cover songs however it’s always originals like “Twisting Through Texas”.

Right now he is playing ‘Bottle And A Bible” followed by “Raising Hell And Slinging Gravel”, but I’m waiting for him to play some new songs to catch on video. He’s playing “One More Ride” from his LIVE album from the Bulliet County Jail. He doesn’t have that much merch left because he currently in the transitional period right now, but he is one of those artists where I have most of his products anyways.

“Shoot Out The Lights” was next followed by the song “You Know The Rest”, as Mr. Dallas takes command of the stage tonight as his usual fashion and his band is always on point every time. It’s always a truly fun time with this band at Spillway. Right now he’s giving us some heathen preaching “Up On That Mountain”, that he wrote about Altamont. Altamont is the very first time I ever met Mr. Dallas, and it’s been an honor to watch so many fine friends from that event grow.

This above video contains the title track to the new album called “Mr. Honky Tonk” and also another new song called “Nice And Slow”. The song called “Somewhere Between Bridges” was the only song on the new album he did not write, and you can learn the story of that song on his Facebook page.

“Home Is Where The Highway Is” was included in this set, as he played a whopping portion of the new album for us tonight, this place thinned out pretty early tonight everybody must have been tired from the Black Friday shopping or LIKE ME you been out hunting records all day for Record Store Day. After he plays New Years Eve he said he’s played 327 shows in 2017.

He played a very old song called “Blame It On The Weed” which was hollered out by some older fans, along with his usual awesome instrumental that he closed with. You can find Mr. Dallas on the road tonight in Wilder Kentucky at Bobby Mackey’s for showtimes please click on the link above.