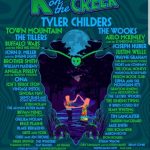 Well I’m going to be honest with you friends a LOT of you will be disappointed about this edition of my festival series… WHY…because THIS ONE IS ALREADY A SELLOUT. Hell the director, and his wife informed me via phone that they COULD HAVE SOLD every ticket PRE SALE! I’ll be honest with you ONLY Muddy Roots could boast that right now, and rightfully so. This is a REALLY relaxed atmosphere event here, and I understand it’s one big family.

Now, granted they DO cap it off at a thousand tickets per year due to limited space.. And that’s OK folks…really it is…but here is a nice survival guide for those that DID get a ticket. I always got the whole spectrum covered, maybe you don’t know the people involved like Mr. Jimbo Valentine who designs the posters, or Mr.J.J. Waters who runs the group Honky Tonk Heros in the West Virginia area, who actually turned me onto almost all of these artists.

I’m going to be relentlessly covering this event with MUCH MORE little bells and whistles side projects coming, trust you me. This event needs no embellishment from me, it has exploded on it’s own and now I am SO EXCITED to have been invited to partake in this. I’m going to bring you the BEST coverage from a professional point of view…I been doing this a LONG TIME people and I do it from the heart.

As many of you know I have indeed been covering MANY of these artists that are involved with this event here. Each of these names will direct you to their link for you to study, in case you bought tickets and didn’t know all of the artists involved.

You know I want to tell you what differentiates this festival from ANY OTHER across the United States. This one is on a family farm property, it’s THE FURTHEST one from a corporate festival you will EVER FIND. I mean even other DIY fests have them at a campground or venue…THIS IS NOT A VENUE. This is a family area. This festival is VERY VERY special, and has grown into an epic pinnacle of it’s scene.

Even I had some fun researching a few of them here, I know for a FACT I had fun at Master Musician’s Festival covering some of these folks and also at W.B.Walker’s five year anniversary show.. Also, many of them I have covered at other venues and events this year. READY here is your lineup:

Arlo McKineley And The Lonesome Sound

Angela Perley And The Howlin Moons

Luna And The Mountain Jets

If Birds Could Fly

Sean Whiting And The Handsome Bastards

Bryan Minks And The Kentucky Sons

*Kickin’ It On the Creek is SOLD OUT!!
*If you do not have a ticket, you are not permitted on festival
grounds.
*You must have your wristband on at ALL times, if you lose
your wristband, you may not re-enter the festival!
*Must be 21+, We will be checking IDs.
*Gates open on Wednesday, September 12th at noon.
*NO PETS!
*This is a dry county so BYOB!
*Do to limited space, we do encourage carpooling. Please
pass this on with your friends.
*We are sold out of RV passes. If you have a RV pass, we do
not allow RV’s over 16 feet.
*Ice and water will be available on site!
*We have 8 amazing food vendors on site.
*There will be pay showers.
*With no ATMs or internet service to swipe your card, you
must bring CASH for food trucks, craft vendors, band merch
etc.
*We are 30 min from stores, hotels, etc. Please pack
accordingly for your stay!
* Primitive camping is free, we encourage everyone to stay.
*Please keep your camp site as minimal as possible due to
limited amount of space. Save room for your neighbor!
*Small campfires are permitted, we just ask for you to clean it
up before you leave!
*No ATVs are permitted on festival grounds! If that is your
mode of transportation, you must park it at the entrance.
*WE WILL NOT TOLERATE ANY DISRUPTIVE BEHAVIOR
OR DISREPECT TO ANYONE ON OUR PROPERTY.
*We will not hold tickets for anyone at the gate!
*If you plan on camping with your friends, you must arrive
together. We will not hold any spots.
*This is a rural national forest location. GPS will not likely
direct you to the proper location. Route to festival will be well
marked with green dots, black arrows and signs from
Irvine. Directions can be found at
www.kickinitonthecreek.com.
*The amazing Hargett Fire Department will be doing our
parking again this year. These heroes save lives for free,
please tip them generously to park your car!
*We will provide shuttles if needed.
*If you are caught sneaking in Kickin’ It On the Creek, It will be
considered trespassing and you will be barred for life from
our festival.
*We strive hard to provide you with a safe, friendly, loving
environment to watch 56 of the most amazing acts on the
planet!
All we ask is that you love your neighbors, treat everyone
with respect, take out what you bring in, and to treat our farm
as if it were your own.
*Please arrive with a smile, make yourself at home, and
tighten up your dancin; shoes cause it’s gonna be a good
one!
*Ticket purchase and attendance is personal acceptance for
liability for all actions while on site! 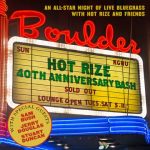