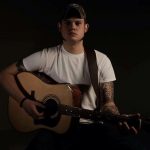 Hoxeyville is the Midwest premier Americana and Roots festival. We boast two stages featuring national touring artists, and the best and brightest Michigan talent with an intimate capacity of three thousand. We are proud of our incredibly supportive community, safe, family friendly camping (and playground!), excellent kids’ tent programming, unbelievable food, and an easily traversable site.

Inn at the Alpine