Many of you know that FESTIVALS are one of our core specialties here on Gary Hayes Country, and we follow and report on over 200 of them in America. I am not even half done with my 2019 work on festivals, and I have a plethora of 2020 dates rolling into my inbox. Honestly as a fan I’m completely astounded and excited…as a journalist I’m overwhelmed with work.

Merlefest out there in North Carolina has always been a good one vastly supported by me and my crew here for many years. It is one of the largest festivals in America hosting 10 stages over 3 days and attended by over 75,000 people. This festival brings in millions in revenue to the state of North Carolina, and is sponsored by many. 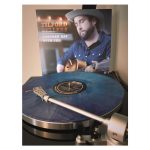 I have been in constant contact with Mr. Patrick Bowman’s mother, on a very personal level. She wants to express her love and gratitude to all of us in the music community for remembering Mr. Patrick AKA Tillford Sellers. I ran into him many times on my road travels through the years, and we always had a lot of fun enjoying each other’s work within the music community.

I wrote a nice memorial about him when he was killed in an automobile accident in Indiana. I also recently released some information HERE for the upcoming album that is being released by his loved ones. This project was one that was being worked on right at the time of his death, and his former band members rallied together to make this happen.

Sentencing for the man that killed him and injured his fiancee has been scheduled for July 12th, and as I learn of the outcome I will publish a follow up article on here.