Hey folks this is one of two of the VERY FIRST times I have ever covered a LIVE STREAM for anybody. I’m not totally sure if they can still take donations but it was Streetgrass 77 @ gmail.com.  Even I had to dig a little here to make SURE I got the albums correct, after all most of these songs were by far older than 10 years.

This band was monumental to me in many ways, and EVERY ONE of the five members are great people in my opinion. Mr. Joseph Huber has graced my TOP 50 many times in the past. He tours HARDCORE, and supports a TON of the festivals I cover. When ANY of the festivals request a wish list from me Mr. Jospeh and Mr. Jayke (with or without the Goddamn gallows) are BOTH on my wish list.

A couple of my fellow Milwaukee boys, and even though we didn’t meet up until they were touring, I was a BIG fan of what they did…and YES I DO have a T Shirt guys…in good condition still!  So they began with the very first track on the first album of 2006, and one of the most integral albums of MY OWN journey into this style of  music called Ghost Town. That song is the great cover of “Pig In A Pen”.

From the 2008 ICONIC second album “Fire And Hail” they played the title track, as well as displaying their still existing banjo and mandolin chops. Speaking of ICONIC albums, they played “There’s A Higher Power” from the 1959 album “Satan Is Real”.

One thing that turned me onto music like this was as nerdy as I am they accepted me and I found a HOME with these bands that idolized the Legends like I do, but also loved the punk metal, and the heavy metal too. We were on that cusp of celebrating ALL genres.

“Stillest Hour” was a good slow song they played from ‘Ghost Town”. “Cluck Ol’ Hen”, “Black River Blues” were from “Fire And Hail”. Their cover of “Milwaukee Here I Come” was written in 1968 by Mr. Lee Fykes, and was originally recorded by George Jones first…many followed.

Of course “Shot Down” was included as was “I’m Gone”. However for me the apex of this whole show was their beautiful harmonies they still have for ” Long Put Down That Gospel”. That song is amazing and hits me right in the feels every time. And they did indeed the Those Poor Bastards song ” Glory, Amen”.

They closed with ‘Little Black Train Of Death”  and after talking to us in our homes, they finished with ‘Down On a Bender” both songs off of “Fire And Hail”.  Honestly, I’m not quite sure if there would ever be a full on reunion of any combination of the five past members but they acknowledged all three of the past members.

It truly was an up and down day, because shortly after they signed off so did our hero Mr. John Prine. He decided to go to Hillbilly Heaven last night, and lost a hard battle with the deadly Covid19. Here is the other article I made for the show :

Man I gotta tell you when I heard this I HAD to whip up this piece really fast for these two old friends of mine.  Mr. Jayke Orvis and Mr. Joseph Huber, whom both helped open my own floodgates to MANY more bands of so many genres. THIS to me is so personal, and I have a strong appetency  for these old classics.

I want to say this outright to these two guys and to all of you. Bands like this one MADE ME into the intense journalist I am, and they are my core of being.  Sam Bush, Old 97’s, Dale Watson, Jason And The Scorchers..and these guys.  They are always very welcoming and accept EVERYONE into their crowd.

Also, on a personal level I was adopted and raised in Milwaukee Wisconsin where they came from. I didn’t know them but possibly could have been around them, as I’m 50. When I left in 1996 to come to Nashville to pursue a songwriting career, they came around.

They had no designated front man, and they blazed through local bars with their own style of Bluegrass or Streetgrass…or WHATEVER the fuck you want to call it…I haven’t been THIS excited for anything in a while. For me to make an article about a live stream is unheard of…but so was this ( I thought ).

The .357 String Band has released three albums  that turned me onto an entirely whole new world of bands and artists, 2006’s Ghost Town, featuring performances by Lonesome Wyatt from Those Poor Bastards, Rebecca Manthe from the Tossers, as well as co-production from JD Wilkes of Th’ Legendary Shack*Shakers. Th’ Legendary Shack Shakers were another band that inspired me as well..and in my opinion Col. J.D. Wilkes is a Legend.

2008’s Fire & Hail is one of local music’s most iconic and important albums and that one  features performances by Andy Gibson of Hank III’s Damn Band, and performances by Donnie Herron of BR549. I’m going to tell you what folks, Mr. Andy Gibson produced some DAMN FINE albums in my time.

2010’s Lightning From The North, also recorded by and featuring performances by Andy Gibson. Right around 2011 they disbanded and went about their separate ways, be that good or bad. Because each one of them have blessed us with some DAMN FINE solo music, and Mr. Jayke’s contributions to the Goddamn Gallows is beloved by me and many others.

PLEASE join me on the LIVESTREAM and let’s donate a TON of money for them to live through this virus crap, and return to life. Here’s how YOU can see this tonight:

Hey everyone…Jayke and I will be playing at a a safe distance from each other while attempting to bring you all some sweet temporary relief with some olden .357 songs. It’ll be my first time playing some of these songs in a decade. Join us if you’d like at 5pm central from…I believe either of our music fb pages (not the .357 site). Be safe out there WI voters and all you good people!

As many of you know we are ardently keeping track of festivals that are moving, and cancelling outright. We can direct you to the proper places for a refund or exchange to many of the festivals listed on these articles.
For ONGOING ones go  HERE
For ones that have cancelled or rescheduled please go HERE.

Hello Everyone,
As you might have suspected, our June dates for the 2020 Blue Ox Music Festival will not be possible this year due to the ongoing Covid-19 pandemic.
Over the past few weeks, we have worked closely with Eau Claire County Officials, Town of Union Officials, Blue Ox Artists, and their Management Teams to reschedule the festival for August 27-29, 2020. Without their efforts and cooperation this would not have been possible.
We realize how much this event means to all of you, and believe that shifting to the end of the summer will give us the best chance of having a festival in 2020.
As many of you know we are a small, family-owned festival; our team works passionately throughout the year to make this event a reality. Finding ourselves in this situation is something that we never could have imagined.
We are working hard to make sure all the pieces are in place for these new dates which includes maintaining our original 2020 lineup. These efforts have been moving along successfully thus far. We will release these details as they get finalized in the coming weeks.
All tickets, including reserved campsites and car passes, purchased for the originally scheduled festival dates on June 11-13, 2020 – will be valid for the new festival dates – August 27-29, 2020.
If you are unable to make the rescheduled dates, your credentials can be rolled over to the 2021 Blue Ox Music Festival scheduled for June 2021. Blue Ox is also working on a refund policy to fit this unique situation.
We kindly ask for your patience, for this will take a bit of time, as we iron out the details with our ticketing partner to achieve ticket rollovers, refunds, and a potential official ticket transfer system.
We realize that the disruptions caused by this pandemic have affected many of us differently. We will come up with a solution for all ticket buyers. You are our festival family and we will do everything that we can to make this as seamless as possible for you.
In the meantime, we are presently collaborating with Blue Ox artists as well as Jamgrass TV, in releasing shows from our festival archives to create a Blue Ox Music Festival experience from the comfort of your own homes.
Hopefully this serves as a reminder to STAY HOME! We are all in this together and will get through this together.
We look forward to seeing each and every one of you once again in August!
*Please feel free to contact us at info@blueoxfest.com with any questions or concerns.
Until then, take care and stay safe,
The Blue Ox Team 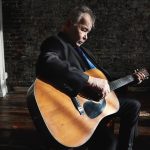 Good friends today I have been writing, and catching up even more on the website. I have a huge mega article upcoming on not only Mr. John Prine, but the loss of several others like Miss Jan Howard. I wanted to make a different angle article than everyone else did, that is what sets me on a different echelon than the rest.

I have a bunch of irons in a bunch of fires, and a bunch of home projects going on during this time of uncertainty. Just bear with me folks, I’ll be publishing MUCH MORE in the next week or so.

Meanwhile, here is an email I got this morning..and if you are on the Oh Boy Records mailing list you got it too: