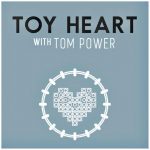 Premiering tomorrow, March 5, 2020, on thebluegrasssituation.com and everywhere podcasts are available, TOY HEART is a journey into bluegrass lore with Power, host of Canada’s all-encompassing public radio talk show, q; similar to Fresh Air or The Howard Stern Show in the U.S. While Power is best known in the north as a radio personality, he is also a musician—an accomplished guitarist with remarkable prowess in Irish and traditional Newfoundland music—and music scholar, having studied ethnomusicology with an emphasis in bluegrass at university. “I’m using the skills I’ve acquired in this field to get the ‘real’ stories behind bluegrass music,” says Power. “Not the myth; but how these musicians went from their homes in a post-industrial America and created a brand new form of music, creating a culture and a movement.” An in-depth discussion between BGS and Power ahead of TOY HEART’s launch can be found here.

The premiere episode of TOY HEART features the last great patriarch of bluegrass and Bluegrass Music Hall of Famer, Del McCoury, along with his sons Ronnie and Rob, torchbearers and Grammy Award winners in their own right. The trailer for episode one can be streamed via Spotify, Apple Podcasts, and Stitcher—click here to listen.
The in-depth interview series delves into the intricacies of the lives of those who made bluegrass and helped it grow, with luminaries such as Ricky Skaggs, Alice Gerrard, Béla Fleck, Jesse McReynolds, Jerry Douglas, and more. Over the span of eight episodes—released every other week—roots music fans will hear interviews with Grammy Award-winners, IBMA Award-winners, Bluegrass Hall of Famers, and beyond; genre-defining artists discussing their lives, their stories, and their songs. TOY HEART’s theme song was composed by Chris Eldridge (of Punch Brothers).
As detailed in a preview of the show’s first episode, as a teenager Power picked up the five-string banjo and took lessons from once Blue Grass Boy and now Bluegrass Hall of Famer Neil Rosenberg, who just so happened to live nearby in Power’s native Newfoundland. Though his work as q’s host often reaches far beyond his home island and his favorite chosen folk music, Power’s ethnomusicological expertise still centers on bluegrass. His passion and urgency in documenting these stories are exhilarating and contagious, but certainly well-warranted. “As we begin to lose the likes of Earl Scruggs, Hazel Dickens, and Mac Wiseman—now is the time to do it before it’s too late.”

TOY HEART joins the BGS Podcast Network as the brand’s fifth original podcast, joining the ranks of THE BREAKDOWN, SHOW ON THE ROAD (both in their second season) and others. BGS is proud to partner with Power and his co-producer Stephanie Coleman to present this platform for bluegrass storytelling, an examination of the true narratives that gave rise to this singular genre. 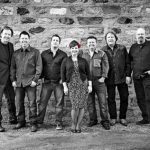 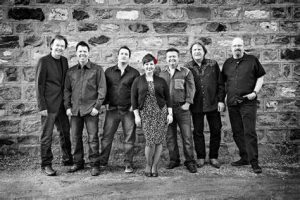 Curve Music is excited to announce the signing of one of the best bands I was introduced to at the Ameripolitan Awards last year. The Western Swing Authority! As part of the deal, Curve Music will re-release the band’s catalog  worldwide and the band will shortly begin work on a new album.

Starting March 2nd, the bands catalogue, “BIGDEAL”, “ALL DOLLED UP”, “NOW PLAYING” and the bands self titled first release “THE WESTERN SWING AUTHORITY” will be available worldwide both digitally and physically through Curve Music.

The Western Swing Authority is Canada’s most recognized and awarded authentic Western Swing group. Made up of a collection of some of the country’s finest touring and studio musicians, they came together to play the timeless style of music they love. Seamlessly combining stellar musicianship and vocals with traditional country and jazz standards and their own “new vintage” originals, they have created a sound that is truly their own.

“As Curve Music enters its 18th year of operation, it’s extremely exciting to be able to work with WSA, who are all amazing folks and incredibly talented individuals in their own right” says Brian Hetherman, Curve Music President and owner.

WSA have been recognized with awards and nominations in both Canada and the United States and are reintroducing the Western Swing sound to an entire new generation of music lovers with every performance.

“We are thrilled about this partnership with Curve Music. It’s so exciting to team up with people who believe in the kind of music we want to play and create.” says Shane Guse, the band’s founding member.

“We look forward to the opportunity to bring our unique brand of Western Swing to new audiences all over the world, both digitally and onstage. And Curve Music? Now that’s a name I can get really get behind…” says Stacey Lee Guse, lead singer of the band.

So after this press release, I wanted to share a past article from the Ameripolitan Awards from 2019 where I encountered this large ensemble of a band. I thoroughly enjoyed their set this weekend, and quickly bought a bunch of albums of theirs.