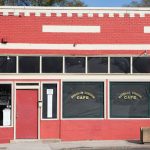 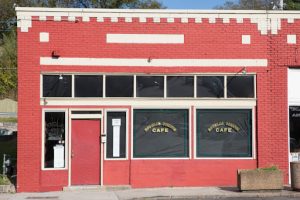 Unfortunately, this article might become a series of articles for the closing of so many venues across America, once society decides to re open the rest of the economy. I’m not writing this to discuss politics or viewpoints or any other crap that provokes debate, I’m merely illustrating a fact…..our beloved Douglass Corner will not reopen when they are allowed to reopen.

For 33 years, the corner venue has hosted open mic nights and many major shows in it’s lengthy tenure here in Nashville. It closed on March 15th and finally determined today it will not be able to reopen, as will MANY other venues across the United States that I know about.

Mr. Mervin Louque and the now deceased Mr. Rick Martin opened the lounge in 1987 , and it became one of the many homes for songwriters and Country Music artists alike. Legends played there, Legends that are now passed away like the memories of what Music Row once was.

Mr. Alan Jackson, Eric Church,  Miss Trishia Yearwood, and also Garth launched his first ever fan club party there to a packed house. In 1997 Mr. Guy Clark recorded his live album “Keepers” there, and the one and only Mr. Keith Whitley filmed his video for ” I’m No Stranger To The Rain” there..sadly that was the very last single he would ever release.

But folks this article is more personal for me than ANY other of the news sites that is reporting on this subject…..because many times I myself played there too.  MANY songwriters like me spent hours in there networking and enjoying each other’s songs. You see, every Tuesday night Mr. Donnie Winters spearheaded the iconic writer’s night there for many years.

I promise you NONE OF THEM will mention him or Miss Rhonda at the bar or what the staff has done for us as songwriters. It’s been a haven for us all for decades, and will most likely be turned into condos for 2,500 a month rent!  Everybody in Nashville was given an ample opportunity to play their music to the public for free, each week.

As a journalist and also as a songwriter, I began my career there and was personally inspired by Mr. Donnie and his brother Mr. Dennis AKA The Winters Brothers. Their contributions to Country Music as a whole are second to none in Nashville, that dates back to the 1970’s when Mr, Charlie Daniels began the Volunteer Jam.

They had a television show on public access TV when I first moved down here, and I used to go down to their yearly music festivals they had every year..before there were so many bigger festivals….MAN I MISS Ernie’s bbq. So in closing, I’m sure you can easily ascertain my sadness over this ordeal here….and sadly I’ll probably have to make articles for a few more soon.