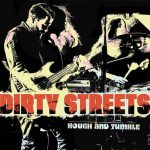 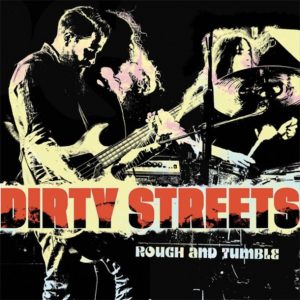 One of the many things I am known for is finding bands that many of my readers don’t know about ( or know very little about). It is my onus to help expose these rare and hidden gems that USED TO play in all the little local watering holes all over America.

I have piles and piles of music work to do, and I also have a few issues with my daughter that I am helping her mend, before I continue my website work on a FULL SCALE BASIS like I previously did.

With that being said, I have features that came out in 2020 but MAY NOT BE IMMEDIATE new releases. Now look, this isn’t some blog that prints gossip and “news”, and I’m NOT TRYING to look “hip” or “modern”. I’m just a normal run of the mill guy with a personal music blog that shares what I know with the public. If you think I’m trying to compete with anybody, you are horribly mistaken.

So when I do find some of these bands on other sources, I ALWAYS give them credit on the find. Out in the Memphis area, where I do a lot of work for a lot of people you’ll find a band called Dirty Streets that I stumbled upon by watching my friends over at DittyTv based in Memphis Tennessee. ANY TIME you want some great Americana Music or Roots Music or MANY genres, THEY got it all.

This album was essentially LIVE drawn from the DittyTv in house performance, however some of these songs must have been new because I didn’t find them when I completed my research on their past albums..a very pleasant rabbit hole that was.

You cannot really lump this band into any strict genre, besides just damn good music. They resonate so many types of influence and sound, that no two songs sound completely the same to me..however they compliment one another on this 10 song album quite well. I hope you don’t mind me skipping around the track list here?

“Try To Remember” contains an awesome guitar grove  accompanied by a raw vocal delivery of Mr. Justin Toland. Some of their other albums spoke to me louder than this one did overall, however this new installment solidified their style.

“On The Way” has a great vocal melody on it, and is one of my favorite songs on the entire album because it slowed down things a bit and I like an acoustic ballad that keeps grit and rock influences there.

It opens with a rough and rowdy song called “Good Pills” which is the video I watched on DittyTv. Being a recovered addict these songs speak to me as an individual more than anything accept hardcore Country story songs. The line “Don’t forget to take your pills, I know you won’t because you can’t stop” was amazing and simple at the same time. This song is originally on the “White Horse” album from 2015.

Along with Mr. Thomas Storz on bass and Mr. Andrew Deham on drums they make up quite a powerful band with true story songs like “Walk A Mile In My Shoes”. It’s one of those DON’T JUDGE ME songs like the Cody Jinks classic “Cast No Stones”. Now MIND YOU this song is a cover of Mr. Joe South’s 1968 version from an album called “Don’t It Make You Want To Go Home”.

The song “Itta Benna” which is track 4, came from their 2009 debut “Portrait Of A Man”…now according to their website there exists many bootlegs of their shows from Memphis clubs. “Think Twice” came from the ‘White Horse” album as well, and was on the album for track 6.