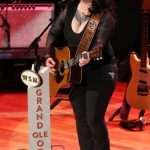 This article will be one of my opinionated ones that few of you will quickly and ardently disagree and call me foolish. It’s this whole “Hate Pop Country” mindset some people have today within our community. They immediately scorn simple statements without any delving into the facts. Sadly, some of these “anti pop country” facebook only pages they have managed to inculcate that state of mind into thousands of us..for a while, I TOO was intrigued by the memes and jokes that abound on social media.

From the dawn of Myspace, the mere mention of the Opry generated so much hatred and foul feelings, to see it was futile to change my own thoughts of it. Yeah, I was HEAVILY involved and supportive of the Reinstate Hank movement, and I STILL THINK that it’s a poor excuse of a reason, however I do see THEIR point.

However in this article I’m going to ratiocinate some positive and negative points about our beloved Opry in 2020, and in general. Despite the way things panned out this year ( do I seriously need to start out another article with ‘Well 2020 was a rough year” crap?) the Opry did some terrific things for some artists I really like.

A few years ago, when Miss Sally Williams took over as CEO of the Opry, I was enamored with hope that she would embrace a NEW kind of change. I was hopeful that she was going to welcome some of these new REAL COUNTRY females out there to come play the Opry, and become members. Why you ask?

Because Miss Sally Williams has been a Nashville icon for 20 years now, and she REALLY LIKES REAL local music. In 2017, she took over the entity with grace and alacrity and immediately began to take things into a positive direction with her Opry inductions to membership AND booking performers. In fact, right off the bat in 2017 she began her iron fist rule with inducting Miss Crystal Gayle AND she allowed her sister Loretta Lynn to invite her!

Then, in 2019 we had another change as Mr. Dan Rogers took over as the Opry GM, and he also had a vision to create an even playing field on the Opry by inviting new Country AND Traditional Country to play. In 2019, it was a groundbreaking thing to transpire to see Country Legend Mr. Gene Watson become a new member.

Even with all of the pandemic changes this year ( just this weekend the Opry finally opened it’s doors fully ), they invited so many of the artists I adore to perform. In July, even though Mr. Corb Lund did not get to perform his Opry debut, I DID GET to see Miss Margo Price perform there. Why, this weekend the mighty fine Miss Erin Enderlin is performing on the Opry!

August began a DAMN FINE month on the Opry as they featured Old Crow Medicine Show, Mr. Dom Flemmons, Mr. Billy Strings, and Miss Molly Tuttle.  It continued on with Mr. Jon Pardi, whom is one of the mainstream artists that is actually tolerable in today’s society.

September marked a breakthrough month for me as a fan of this woman..Miss Ashley McBryde and another young lady I have been watching..Miss Sierra Hull. Ashley McBryde made her own Opry debut in 2017, and has become one of the many artists to continuously play there with passion and love. The ONLY thing I was disappointed with on her Opry debut was the T shirt..which was crappy. However, her NEXT Opry performance she dressed the part and brought forth SO MUCH dignity and love!

One thing I find INTOLERABLE about the Opry now is when they finally did come back on television, they had to pick Mr. Bobby Bones as the host. They could not have picked a deeper scar on Country Music as him. ugh. I suppose this portion of the article is where I could expand upon the many things I dislike about the Opry’s direction now. But overall in 2020 I am convinced that the Opry has begun to head in a great direction lately, and if you haven’t taken a few moments to look into the reasons WHY I say that….shame on you!