This past Saturday night I finally got to go to my first concert in over a year.  It felt really good to be back at a live event.  I went down to Gainesville, FL at a venue called Knockin’ Boots Saloon and saw The Steel Woods.  This was my first time seeing them play live since I saw them at Tumbleweed Music Festival back in 2018.  At lot has changed for the band since then.  They are about to release their third album and they have a new guitar player in Tyler Powers who has replaced Jason “Rowdy” Cope after his untimely death this year.  Tyler Powers has filled in for Cope in the past so he is not entirely new to the band.  In fact, Powers fit right in and the band didn’t seem to miss a beat.

This was my first time being able to see a full set from The Steel Woods and I was not disappointed.  We got selections from 2017’s Straw In The Wind, 2019’s Old News and the brand new record All Of Your Stones.  Before The Steel Woods took the stage, there was an opening set from local artist Clay Brooker.  This was also my first time seeing him perform.  His band did mostly covers, but there were a couple of original tunes which were the highlights of his set.  The Steel Woods then took the stage and started off with “Rock That Says My Name” and “All Of These Years” from Old News.  These were great songs to start the night off with and it got the crowd rocking.

The band covered music from several Florida music icons through the night starting with a cover of John Anderson’s “Wild And Blue”.  They also did a great version of Lynyrd Skynyrd’s “I Need You” and a well received version of Tom Petty’s “Southern Accents”.  If you have ever seen The Steel Woods live, you know they also do an amazing version of The Allman Brothers song “Whipping Post” and this show was no different.  It’s great to see a band that leans so heavy on southern rock pay tribute to their influences in a city where that sound thrived.

There were also a lot of original tunes with some highlights being an acoustic set featuring a great version of “I’m Gonna Love You”.  The set included killer renditions of “Better In The Fall” and one of my personal favorites “Straw In The Wind”.  They then closed out the main portion for the evening with their slow and almost doom metal instrumental which leads into to their cover of Black Sabbath’s “Hole In The Sky” which is always a highlight to see live.  After a short pause, there was an encore featuring some fan favorites including “Axe”, new track “All Of Your Stones” and “Let The Rain Come Down”.  After more people are familiar with it, I can hear “All Of Your Stones” being a sing-a-long with larger crowds.  It’s an amazing track live.

The Steel Woods are heading into Nashville, TN on May 14th next for a show at the Nashville Palace.  Tickets are still available for this show at the time of publication for this article.  Following Nashville, the band are on tour regularly again.  You can check out their website for upcoming tour dates to see if they’re coming to a city near you.  I highly recommend seeing them live if they do. 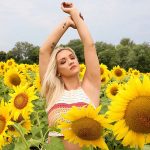