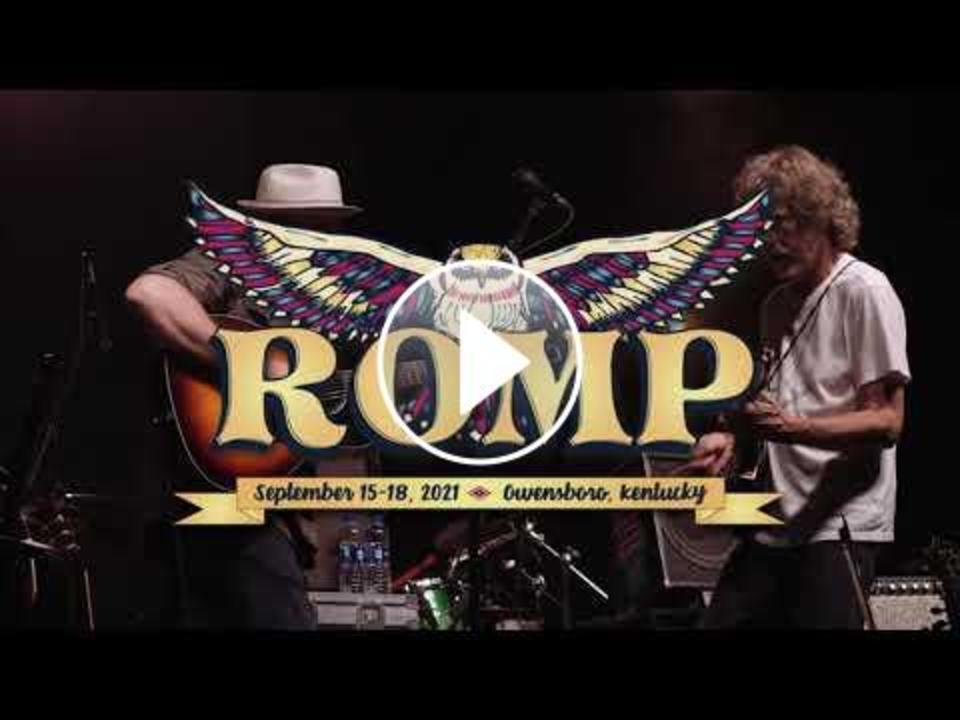 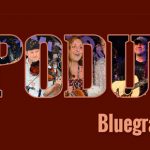 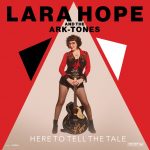 Back in 2017 at Muddy Roots Music Festival, I ran into this gentleman here. Mr. Joshua James Esterline A.K.A. Acousta Noir. He is a one man wrecking machine on stage, with some wonderful Roots songs.  Now, to begin this article, I’m going to re copy my coverage of his 2017 set.

Acousta Noir is also Mr. Joshua Esterline from Southern Oregon. Here is a website description of his work:

Coming from a background shaped by punk, rock and roll, roots, and various traditional folk styles, Acousta Noir brings a unique, yet oddly familiar, set of original songs to the table, along with his renditions of select and obscure covers.

Joshua first began playing music in 1994, and has been a part of a varied array of musical projects. These include punk bands (as a singer, guitarist, and drummer), singing for a heavy metal band, and a couple projects playing the upright bass.

Acousta Noir sets itself apart from the crowd by being akin to many acts, but defiantly unique from them all.
Life tends to work a little differently in Douglas County, Oregon, and Joshua works hard to embody that lifestyle in his music, while creatively utilizing his influences of traditional folk and country music, as well as punk rock and the good old story tellin’ side of things.

“Just how much punch can one guy pack into a set? You’ll be reeling as he blends raw bluesy soul with a rough and rowdy edge. If you like to dance, stomp your feet, or just have a good time, be there.”

So the sound in all of the tents in my opinion were not bad even though the weather and elements purposed a nefarious threat the first two days. I basically had a chair setup at all three stages the entire weekend and just bounced from stage to stage. I missed a few bands to be honest and I’ll have to find some helpers that will be willing to assist me with videos and pictures from this event. Speaking of videos let’s watch Acousta Noir.

His set contained a few strong Hank Williams Sr covers performed in a different dark demeanor that included the song “Ramblin Man” and he used the song “Angel Of Death” for an intro to the song “Radio Negrille”. He opened his set with “When The World Explodes” and went into “Wretchedness”.

This festival is choked full of great one man bands with a darkness to them and a morbid stomp of a one man kick drum and I look forward to supporting Mr. Joshua even further after this. “Tempest” was another song that displayed amazing rhythm ability from him today. He then played a song called “Firestorm” and another last song called “Bones”. See this event had so many bands that each band played a 30-45 minute set, and the first full day was rained out on stage 1 which forced them to move all of those bands into the tent stages.

This year I chose to linger longer at many of the bands instead of bouncing as much as I usually do and I’ll be up front and honest, I missed MANY of the bands last weekend…but I’ll do my best to cover as many as possible and I have tons of footage on both video and photo as well as notes.

So now, here is the new album that was released on February 1st 2021, and it contains four songs. He explained on his bandcamp website that these four songs were the first ones he wrote after he was hospitalized, and treated for throat cancer.  I’m also going to include his own account of the EP here.

As a recovered addict of 19 months from pills and heroin, the song “Still Waters” spoke to me, as I worked my 12 steps of recovery. I lament pretty hard at my past mistakes, and even though I have forgiven my own self…I did things many haven’t forgiven me for.  Just read this verse and tell me this isn’t a well written song…you’d be WRONG!

“Shadow” was the final song here, and it too is very well written. You can use this song as a healing portion of your previous breakup. You can use it as a catalyst between you and your ex, by all means. Different people take songs on different echelons, and this man’s music can be understood in many ways..that’s why I like him!

These are home demo recordings of the first 3 songs written by me after undergoing surgeries and radiation treatment for throat cancer in late 2019. The songs were written in the first few months of 2020 while I was recovering, and learning how to swallow, speak, and eventually sing again.

I also recorded a cover of “Eli the Barrow Boy” by The Decemberists. This song has been regularly included in my longer sets since 2010, and I really felt that it fit well with the theme presented by my original songs on Lobo Sin Luna.

I know it’s been a hard year on all of us in the music community, and so I just wanted to share these rough demo versions with all of you to show that we have not all been completely defeated.

It’s a slow start, but I’m still here, and I’m still trying. Hopefully the next year will be a little easier, and allow for some time in the studio to get these songs polished up and released along with many others for the full length LP.
Cheers, and much love to you all, Joshua.