This article may have a few more photos in it than usual, because I was there more as a fan there this time, than media. I took some time off to take care of some personal issues, and enjoy a few shows as a fan. I did make some mental notes and observations, but I did not take total notes like I usually do.

I’m going to touch on a few of the songs, but I don’t recall the entire sets of all three acts. Mr. Joshua and I got together a few times this year, under both good and bad circumstances. We been friends a long long time, and we try to hook up two or three times a year as we can.

The Variety Playhouse in Atlanta was a VERY nice venue to go see a show at, and we had a nice little side table to sit at. All of the staff here were so nice to us, and even though I do not drink anymore I found the drink prices quite reasonable.

Tylor And The Train Robbers have actually released a great new album this year, their third release. This Boise based Idaho band is solidifying their position in many different genres of music, with a dynamic stage presence and a united sound as a unit.

Their new album called “Non-Typical Find” was produced by Mr. Cody Braun from Reckless Kelly, and it was an awesome album including the title track song about finding a dead body ( every hunter’s nightmare). He was taking a hike in the woods while hunting, and he found the dead body of a gal who got into a stranger’s corvette.

This band consists of  Mr. Tylor Ketchum, his brothers Mr. Jason and Mr. Tommy Bushman and his father-in-law Mr. Johnny “Shoes” Pisano, and I finally got the chance to see them live.

They put on a very exciting and high energy opening set tonight, and I will try my best to see them live again in the future. The next act was a very talented guitarist named Mr. Will Hoge and he also had a new album in 2020 called “Tiny Little Movies”.

There is a lot of talking in his set, and when it gets so political, it tends to make the music less fun to some. I suppose that either way it gets monotonous indeed, on songs like “Still A Southern Man” proclaims his dislike for the confederate flag, while maintaining southern roots.  I really do not hold an opinion on the matter my own self, and I can understand the song subject here.

Mr. Willy Braun, Mr. Cody Braun, Mr. Ryan Engleman, Mr. Jay Nazz and finally Mr. Joe Miller make up this Idaho Red Dirt band called Reckless Kelly. This band has contributed a LOT to the local Red Dirt community not only in their own area, but north as well and on into Canada.

Each year the four Braun brothers ( the other two are in Mikey And The Motorcars ) get together and host the popular Red Dirt festival called The Braun Brothers Reunion in Idaho.

I remember them playing many songs off the album Wicked Twisted Road including the song that bears the album name, as well as the ever popular “Seven Nights In Eire”.  From The Day album they played the song “Crazy Eddie’s Last Hurrah”.

From the album last year called American Jackpot/ American Girls they played the song called “Tom Was A Friend Of Mine”. They played a really nice set of 14 songs tonight for us, but for me this was just a really nice weekend with an old friend.

One thing I have learned in the last few months is who my friends were. I had to do a lot of soul searching and self care, as well as take care of some of my own family issues before I could step back into the world of my website, and now I am back…and catching back up on more issues!

Thanks for reading everything folks! 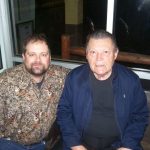 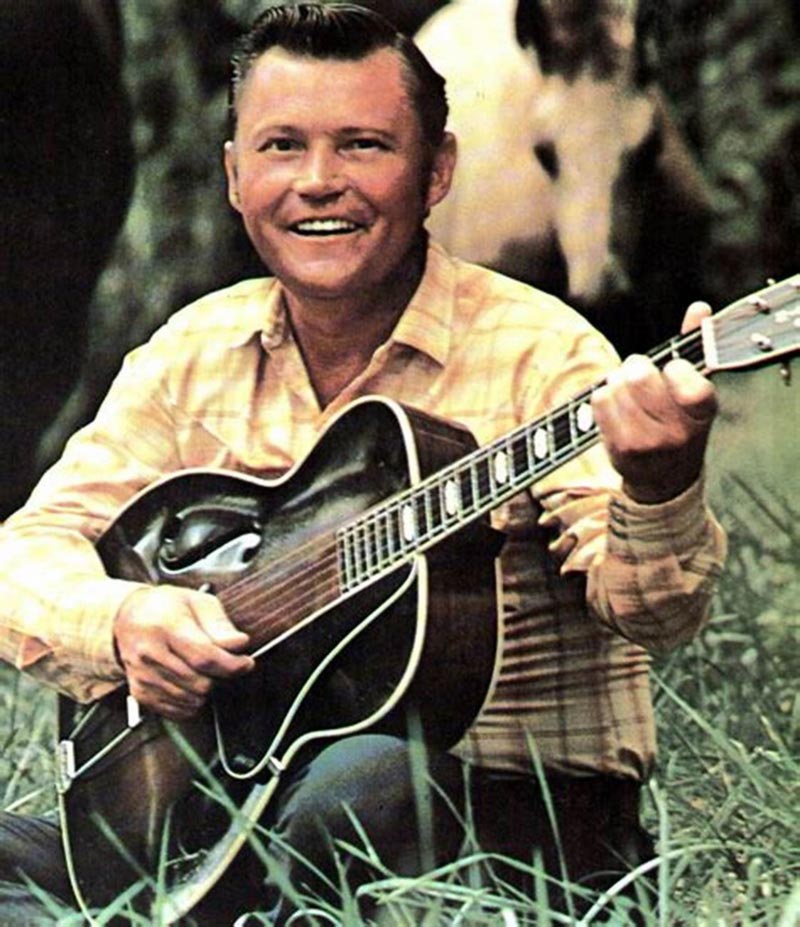 I don’t always like to write those “informational” posts when the Country Music Legends pass away, because I try to be a little more personal on here than most. Many of these people were not only my heroes, but my friends. Mr. Stonewall Jackson was both to me.

It began at an early age for me, as my mother exposed his music to me through cassettes and LPs my parents played on weekends, while I played with my toys, I was listening and being influenced by that.

As I grew into a teenager I had a deep appreciation for Heavy Metal and Country Music. This man always intrigued me for many reasons, but mostly because he was an underdog from the first day he parked a log truck on Murfreesboro road, and walked into the record label office to play in person!

He was the first person to gain an Opry membership without a record deal. He was always kind to the public, and took every picture, and signed every autograph asked of him. Back then, Stonewall, who’s real name was indeed Stonewall, had walked into Acuff Rose and played 3 songs for them.

He was taken to the Opry leadership then and he played the same 3 songs for them. He was signed right away, and later was given a recording contract where he recorded his iconic albums. He also recorded LIVE albums on from the Opry.

in 1979, he tried his hand in the Outlaw movement by releasing the album “Bad Ass” which contained some of his iconic drinking songs like “Pint Of No Return” and “Alcohol Of Fame”. However this album was embraced more by the Traditional Country Music fans alike.

I met him at the Ernest Tubb Record shop many years ago, and celebrated many birthdays with him there. He never forgot my name or what I do on here, and I appreciated that about him. I’ll always cherish him, and his music will never die on here.

NASHVILLE, Tenn. – Country music legend Stonewall Jackson passed away early Saturday at age 89 after a prolonged battle with vascular dementia. Some of Jackson’s hits included “Life To Go,” penned by the late, great George Jones, “Smoke Along the Track,” “B.J. the D.J.,” and “Waterloo,” which later became his signature song. Over his career, Stonewall landed 44 singles on the Billboard country chart. His 1971 Recorded Live at the Grand Ole Opry was the first “live” album ever recorded at Nashville’s ‘Mother Church of Country Music’, the Ryman Auditorium. The late Porter Wagoner would introduce Stonewall on his show by saying he came to the Opry “with a heart full of love and a sack full of songs.”

Wide Open Country’s Bobby Moore profiled Jackson just last year, saying “…he’s a representative of the days of smooth-voiced, sharp-dressed country singers who helped position what was once dismissed as “hillbilly” music as a commodity that would move uptown.”

Fellow artists mourn the loss of their friend and share fond memories of the great Stonewall Jackson:

“Stonewall’s breakout hit “Life To Go,” was written by George (Jones) and they both became members of the Grand Ole Opry in 1956. They held a special friendship over the years and although Stonewall was retired, he participated in the final George Jones No Show tribute event after he passed. I will always have a special place in my heart for Stonewall. May he Rest In Peace!” — Nancy Jones

“The Grand Ole Opry has always been a place of fellowship for all artists and I am saddened to hear of Stonewall’s passing. Although Stonewall and I never recorded or performed together outside of the Opry, his songs have had and always will have a lasting impact on country music. Stonewall will be missed.” — Lee Greenwood

“I first met Stonewall in the late ’50s right before I went into the Air Force while working with my brother Lefty. Stonewall was always a lot of fun to be around and I enjoyed hearing him sing all his hit songs on the package shows. It was always an honor to be on the same stage with him.” — David Frizzell

“Saddened to hear of the loss of one of the honky-tonk heroes of the ‘50s and ‘60s, Grand Ole Opry member STONEWALL JACKSON went home today. Rest easy sir.” — Joe Bonsall / The Oak Ridge Boys

“I had never met Stonewall, but I’ll say – as a favorite of country music and considered country music royalty, the image and style of Stonewall will always be honored and respected.” — Janie Fricke

“Stonewall was one of the sweetest men when coming to the Hee Haw set. Always loved it when he came to tape. He will be greatly missed.” — Lulu Roman

“Saddened to hear the news of the passing of fellow Grand Ole Opry Member “Stonewall Jackson. He was a real character. His style was reflected in everything he did. I most recently was driving around Nashville and noticed his tour bus parked. Oh, the stories that bus could tell. He made no apologies for who he was. I admired his grit, and how he stood up for what he believed in. My sincere condolences to his family. Rest In Peace.” — Rhonda Vincent

“So sad to hear of the great Stonewall Jackson’s passing. I had the pleasure of working some concerts with Stonewall when I was just starting out on my career. He always lit up each and every room he walked into. He was truly one of the great Legends and trailblazers of our industry. Gone but never forgotten!” — T.G. Sheppard

“Sorry to hear of the passing of Opry Member Stonewall Jackson. He was one of the pioneers of country music from the ’50s-’60s and he carried that music into the twenty-first century. Sending prayers to a former neighbor of mine and good ole boy, Mr. Stonewall.” — JD Shelburne