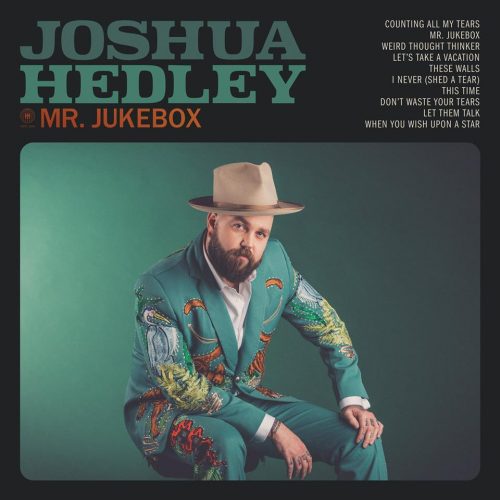 If you are looking for the perfect retro country throwback album that sounds like it could have either come from the 1960’s or the 2010’s, look no further than Joshua Hedley’s debut LP Mr. Jukebox.  I have known about Joshua Hedley for years and waited with anticipation for when he would finally release a full album of songs. This does not disappoint and it will put Mr. Hedley at the top of the traditional country music scene.  I’ve you haven’t been around east Nashville or heard of Joshua Hedley before, prepare to be blown away.

The first single from the album is the title track “Mr. Jukebox”.  It’s an ode to both the actual jukebox that you still find in proper dive bars and Waffle House establishments across the country and the bar bands who play all the classic country hits like they’re a jukebox.  It’s a catchy number that is sure to have heads nodding and toes tapping everywhere it is heard.

Another favorite track is “Weird Thought Thinker”.  It’s about traveling musicians and ramblers who are at home on the road and march to the beat of their own drum.  It’s another catchy track that pairs well with the previous “Mr. Jukebox.” I also dig “Let’s Take A Vacation” which looks to change the pace a bit with a ballad about falling in love all over again.  Finally, “Let Them Talk” is a great song about secret love affairs and the gossip they tend to brew.

I could literally talk about every track on the album, it is that good.  Before I go on though, I have to mention the amazing pedal steel talent of Eddie Lange all over this record.  He is just one of many great Nashville musicians spread throughout the album. Mr. Jukebox find’s itself as a forward thinking album that sounds like it came straight from the 1960’s.  You can hear the Ray Price and Ernest Tubb influence throughout the album. Joshua Hedley’s voice remains front and center even with all of the amazing musicians on the record. It’s a voice you want to highlight with his silky smooth vibrato.  This album will surely be high on my end of the year Top 50 albums list. Be sure you check out Mr. Jukebox which is released on Third Man Records on April 20th everywhere music is sold.