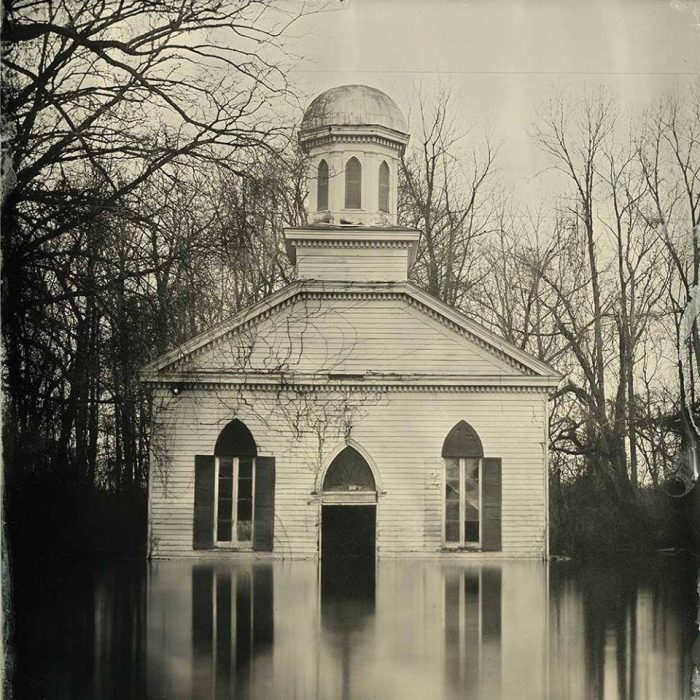 Lucero are back for their ninth full length studio album titled Among The Ghosts.  This album comes as the band marks it’s 20th anniversary and it shows a band still growing and expanding it’s sound.  Among The Ghosts goes for a more straightforward alt country rock sound than previous records which often featured some country or Americana elements.  This record was recorded live in one room with the band looking to capture their live sound on an LP. Have they succeeded? Let’s take a look into some of these tracks to find out.

The album kicks off with the title track “Among The Ghosts” which has a nice little guitar riff that echoes in the background until the song kicks in. Ben Nichols’ snarly growl finds a home whether he’s doing Americana or rock material and here it’s more of a rock n roll snarl throughout the vocals on this one.  Elsewhere, “To My Dearest Wife” is one of the more country / Americana tunes on the record with Nichols crooning over an acoustic guitar and sparse instrumentation throughout the track until it crescendos into the alt country sounds we love Lucero for.

I love the track “Back To The Night” which has some southern Gothic undertones and features a spoken word interlude from actor Michael Shannon who you might know from shows like Boardwalk Empire.  Finally, I really dig the new alt country anthem “For The Lonely Ones”. This track leans heavily on the rock influences and could easily get toes tapping and the dance floors going in any local honky tonk or dive.  This track closes the album out with a mix of the new sound and a flash of the band’s old sound mixed in.

Lucero haven’t slowed down on their 9th album Among The Ghosts.  Instead of sticking to things that work, the band has branched out and explored new sounds.  In an attempt to streamline their approach to new records Lucero have opted for a more rock focused record with less of the Americana and alt country influences of their past albums.  It’s a sound that works for the band and I hope they continue to see success for another 20 years. Among The Ghosts is out everywhere you can buy, download or stream music now.

Favorite Tracks : Among The Ghosts, Back To The Night, For The Lonely Ones, To My Dearest Wife