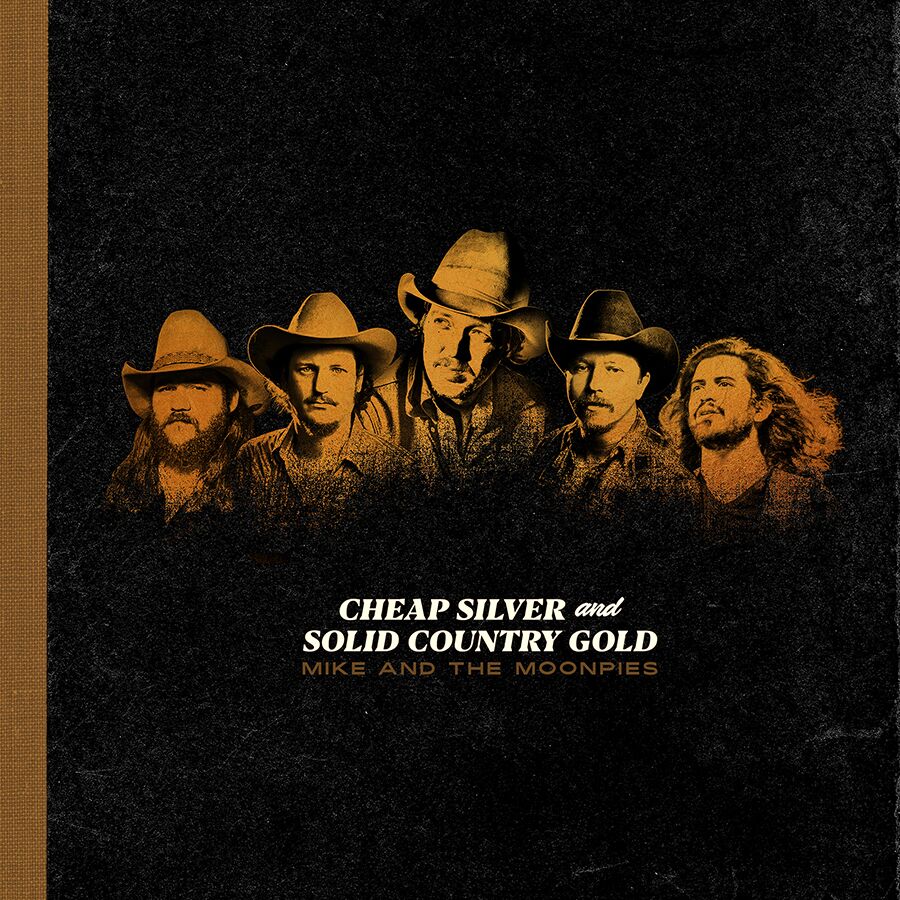 This album came out of nowhere.  I was expecting a Mike and The Moonpies album this year, but not any time soon, especially not the same weekend as a big release from Tyler Childers.  This album is simply amazing. From start to finish, there is not a bad track here.  Mike and The Moonpies have been around for over a decade now and while last year’s Steak Night At The Prairie Rose was a good album, this is a country masterpiece.  This eight song album was recorded in London’s Abbey Road Studios with help from the London Symphony Orchestra. Yes you read that right, and yes it’s awesome. The result is a classic album in the style of the 60’s and 70’s countrypolitan hits.

The album kicks off with a heavy dose of the orchestra right in the first track.  “Cheap Silver” is perhaps the best use of the orchestra in the whole album. The band blends in well and the production creates an amazingly layered track with cool vibes that anyone will enjoy.  Listen to this one with headphones.  “You Look Good In Neon” takes us back to the honky tonks and I love the lyrical turns here. It’s a track about that girl that is still there at closing time and you’re trying to decide if she’s as hot as she looks underneath the neon lights.  That is followed by a great outlaw country track in “Danger” which features a guest vocalist spot by Shooter Jennings. This track probably makes the least use of the strings on this album and it sounds like one that could be a favorite in live sets.

I really dig the Sinatra vibes on the “Young In Love” cover and Mike Harmeier gets to test his crooning chops on this one.  “If You Want A Fool Around” is a killer Texas style honky tonk tune with a great double entendre for a title. They make a nice use of that in the phrasings in the song too.  Finally, my personal favorite track is “Fast As Lightning”. I can’t be the only one that hears elements of Willie Nelson’s “Bloody Mary Morning” here. The back-beat especially brings back good memories of that track.  I’m sure it’s going to be a dance hall classic for Mike and The Moonpies for many years.

This is one of those albums that surprises you with how good it is.  You wouldn’t think Texas honky tonk band and the London Symphony Orchestra would work well together, but it does. And boy does it.  8 tracks with 2 covers and all the good stuff. There’s variety here from Sinatra inspired crooning to outlaw country to Texas honky tonk.  You’ll find something to like here. If you have never been a fan of Mike and The Moonpies before, this is a good album to jump in on. Cheap Silver and Solid Country Gold was surprise released Friday August 2nd and you can hear it anywhere you listen to good music.

Favorite Tracks : Cheap Silver, You Look Good In Neon, Danger, Young In Love, If You Want A Fool Around, Fast As Lightning

Mike and The Moonpies – Cheap Silver and Solid Country Gold (2019)