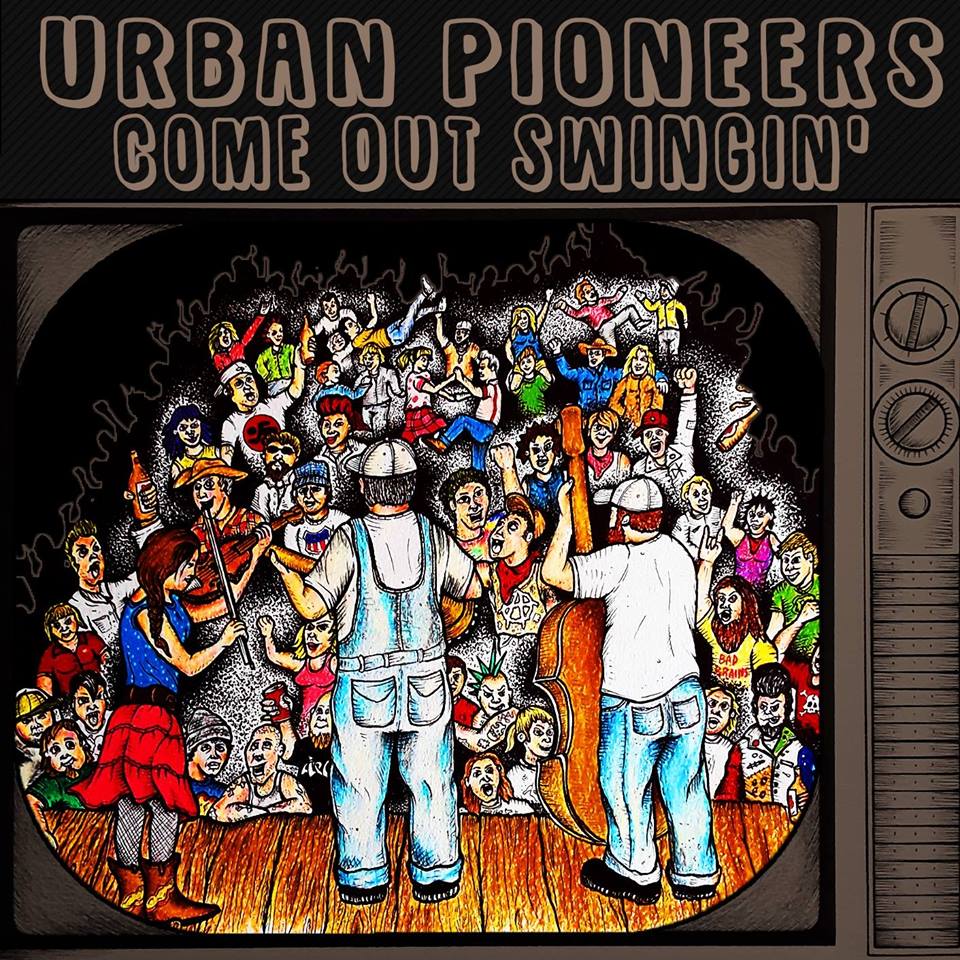 The Urban Pioneers are back with their sixth album.  It’s a follow up to last year’s double releases of Hillbilly Swing Music and The Urban Pioneers String Band Play 10 Old Timey Favorites.  This album goes back to more of a country and bluegrass feel for the band and I feel like it is one of their strongest releases yet.  Jared McGovern continues to grow as a singer and songwriter while Liz Sloan continues to be an amazing fiddle player and singer in her own right.  Let’s take a deeper look at some of these tracks.

The album kicks off with a mostly instrumental jam in the title track “Come Out Swingin”.  The track lets you know what you’re in for as the band comes out swingin’ for the opener.  It’s mostly an instrumental till the very end with a quick chorus of the title.  I love the Tejano stylings of “Hungover Texans”.  It’s something different for the Urban Pioneers as the band continues to show different sides of their music.  The folk punk band out of San Marcos, TX called 36″ Wheels who originally did the song.  I love the addition of the accordion by Abel Casillas on this track.

Another favorite is “Holdin’ On” and this track is a slower track that showcases Jared’s songwriting.  This track is also some of vocals from this band across their six albums.  Liz Sloan’s fiddle solo is great here as well.  “People Vs. Me” is another example of Jared’s great songwriting.  It’s about his his own personal run in with the law.  The story of that is out there and I won’t recount it here, however Jared turns it into one hell of a protest ballad about the entire experience.  However, the best protest song on the album, and possibly my new favorite Urban Pioneers song is “TPAA”.  I can actually see this being a crowd favorite for live shows as it’s a fun protest song against corrupt cops everywhere.

I have been following the Urban Pioneers since before day one of this band and I have seen them grow as a band.  I’ve seen their style evolve and the core unit of Jared McGovern and Liz Sloan grow as musicians and as a unit.  This sixth album from the Urban Pioneers represents some of their best work, and that is hot on the heals of Hillbilly Swing Music which also represented some of their best work.  You can find this album everywhere as of Friday February 22nd, 2019 and the band is always on tour in support of their music.  They’re currently on tour with Scott H. Biram and The Goddamn Gallows and you can find those dates below with ticket details on the band’s website.