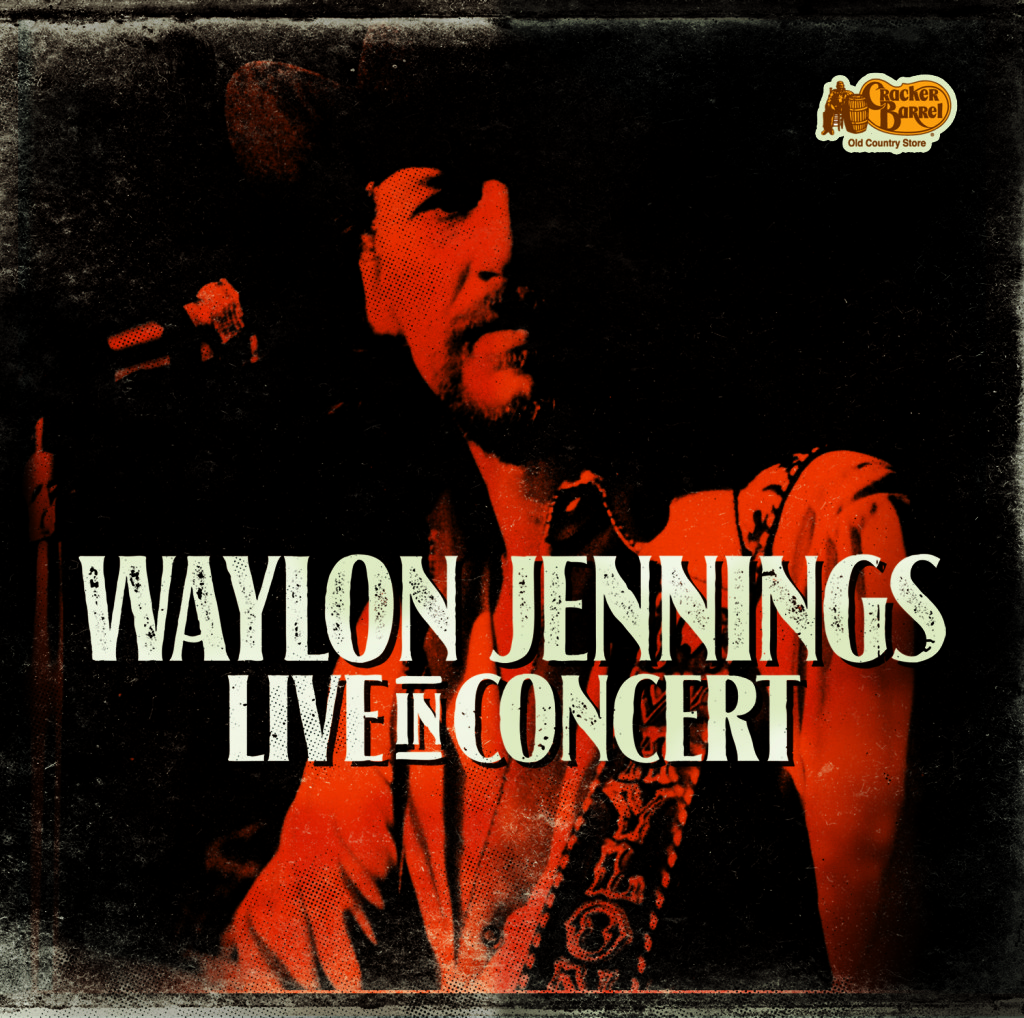 Black Country Rock which is Shooter’s own label and Cracker Barrel have done it again, on April 27th and it is now available but ONLY at Cracker Barrel stores. I bought mine during the Nashville Boogie at the Music Valley Store.

It basically spans Waylon’s entire discography and the liner of the CD and all that I have researched about this album is it from March 19th 1995 in Myrtle Beach South Carolina. I’m really enjoying this album and it will most likely be in my constant rotation for many reasons. Now honestly It’s a REALLY good recording but it started out with very little interaction with the audience for the first few songs. BUT BOY was I WRONG after giving it a chance It became a VERY valuable learning tool about his personality and raw humor. Waylon certainly didn’t sugar coat any of his opinions in his life, and after hearing this album you can tell he REALLY loved to perform.

Right around Living Legends Part II is where his onstage humor truly shines and I had to pull over to laugh one time…I REALLY mean that. Waylon was creative with jokes and mock insults about everyone from Billy Ray Cyrus to Travis Tritt’s manager. AND stories galore, this album is packed full of history folks. I think the three people involved in producing this album did an outstanding job of bringing this piece to life and to the public. This album was produced by Colonel Jon Hensley, Shooter Jennings and J.D. Myers and I contacted them to tell them THANK YOU and how I enjoyed this album.

I liked all of Waylon’s steel players throughout his tenure of recording. Ralph Mooney was good Fred Newell is still good and Robby Turner is still awesome and you can thank him for his DAMN FINE work on “High Top Mountain” By Sturgill Simpson. Just Listen to “Old King Coal” and also he is working for Chris Stapleton. And of course Fred Newell has done work for Whitey Morgan And The 78’s. Kevin Hogan was on bass, Fred Lawrence on piano, who he introduced as working with Tanya Tucker. Also playing guitar on the album was Shooter Jennings.

I always have said there are three pillars of Country Music, the producer the steel player and the songwriter. This album has ALL THREE in top form and I regard this album as a really good one, however my favorite songs he played were not on the album his stories and tales of how he came up with some of the songs made up for the absence of favorite songs.

One thought on “Album Feature: Waylon Jennings Live In Concert.”