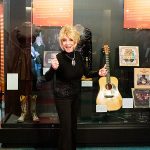 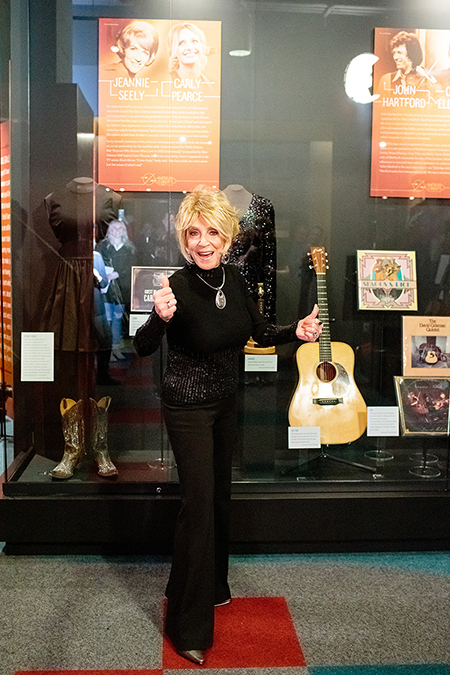 Many times the Country Music Hall Of Fame intrigues me, and I love to go there to learn about things. I usually go many times a year for the rotating exhibits like this one here. If ANY OF YOU enjoyed last year’s season one of Mr. Tyler Mahan Coe’s wonderful podcast called Cocaine And Rhinestones, you will be happy to find out that it has also been included in this exhibit.

Miss Molly Tuttle truly deserves to be included in this exhibit as she is making serious waves in the Bluegrass circuit as well as Miss Sierra Hull. Another happening I wanted to touch on was the fact that the family of Mr. John Hartford was included, and I’m not tonally sure why other than the fact that last year during the festival they released HIS ENTIRE CATALOG of music during the festival.

This particular exhibit will run from March 8th to February 9th 2020.

NASHVILLE, TN. – (March 11, 2019) – The Country Music Hall of Fame® and Museum recently held an invitation only event to reveal the new American Currents: The Music of 2018 exhibit. Country music royalty and Grammy award winning Grand Ole Opry Star, Jeannie Seely is included in the museums first exhibition of 2019 alongside her friend, Carly Pearce, and many other peers. The exhibit runs through Feb. 8, 2020.

“Anytime I can see Jeannie Seely and ‘current’ in the same sentence I’m thrilled!  It is such an honor to be represented anywhere in this building, and to be included in thisAmerican Currents exhibit with some of my peers is especially rewarding,” said Jeannie Seely.  “It is also very exciting to share the display with my friend, Carly Pearce, who I believe holds the future in her hands. I appreciate so much the Country Music Hall of Fame and Museum including me in the class of 2018.”

Carly Pearce stated, “Country music has been my life since before I can even remember – even my parents said the only thing that would stop me from crying as a baby was the sounds of Vince Gill, Patsy Cline, Alison Krauss and many more legendary voices. So it is truly in moments like these, that I have to take a deep breath before believing it’s real and to have a mentor and friend like Jeannie alongside me in life and this exhibit is something I only could have dreamed. I hold the Country Music Hall of Fame® and Museum and the Grand Ole Opry in such high esteem and am so grateful to be a part of this moment. Thank you to my dear friend & mentor, Jeannie Seely, for completely surprising me with a sneak peek last week of the exhibit. I love country music more than anything in the world and can’t believe this is real.”

Each year, American Currents carefully examines the previous year in country music, defined broadly to include country-related styles such as Americana and bluegrass music, and offers rich detail about the noteworthy figures and events in country music’s recent past.