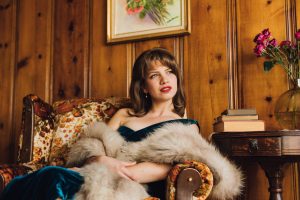 For those of you that are avid readers of my website, you will recall that I attended a number of smaller shows this past year. I have many bands I reported on and explained how they all fit together like a giant puzzle in the community of  independent music. See, I am not one of those keyboard warrior music websites that report from their home. No, I am actually out there attending live music events and supporting it as well as writing about it from home.

One of those I told all of you to be on the lookout for was none other than Miss Angela Autumn. She has released her album called “Frontier Woman” out earlier this year, and I wanted to touch on some things and  include the press release.

As I listen to this album here , and I attempt to formulate all of the meanings and her influences I had to listen intently and read between lines on this one.  “Old Time Lovers” was a song referencing the songs of old in North Carolina and how they influenced her modern decisions, and her reasoning for applying them to her life now.

One of the songs that grabbed me in a negative way was “Shooter” It’s one of those politically motivated songs I ignore, as with most conservative and liberal infused crap. However once I listened more it spoke to me in a different way, and it didn’t become an anti – firearm song. This song took me back to my divorce, and how I aimed for the shooter in the middle of all the lies my ex wife told. I actually thought this was a unique double meaning here.

Americana/folk singer-songwriter Angela Autumn is set to release her new album,
Frontiers Woman, on June 4, 2021. A guitar player by trade who also plays clawhammer banjo, Autumn originally hails from Zelienople, Pennsylvania but now calls Nashville home. Like the weathered Appalachian mountain peaks of her home, her voice yodels, cascades, and breaks with emotion. Accompanied by an often-droning guitar, a homespun sensibility is the center of Autumn’s lyrical craft. From the carefree whooping and bluegrass elements in the album’s jaunty kiss-off opener “Old Time Lovers,” to the slow, Latin shuffle of “God’s Green Earth,” to the Laurel Canyon elements in “Texas Blue Jeans,” her music freely wanders the backroads of American music.Mining the emotional roller coaster of life and telling stories from an empowered female perspective, Autumn’s lyric-heavy songs on Frontiers Woman create a cohesive whole centered around nomadic ways. “Frontiers Woman is about a young woman who’s traveling,” says Autumn. “This young person is examining their life in relation to a map, and where she wants to go. What’s the cost of being a pioneer when no one else believes in what you’re doing? When no one else understands — and you don’t even understand — are you going to keep moving towards your dreams?”

Helping Autumn’s journey toward her own dreams, demo collaborations with pals Nick Harley (S.G. Goodman) on guitar and Kate Haldrup (Lilly Hiatt) on drums were the genesis of Frontiers Woman with the initial three songs: “Old Time Lovers,” “Sowin’ Seeds,” and “God’s Green Earth.” The trio began to record the album in late 2019, with Autumn at the helm as producer and Haldrup engineering. Frontiers Woman is her first self-produced album. “I had much more agency just in having more time to think and be immersed in the process,” Autumn says of producing the record. “Working with a female engineer was just a different experience.” With the record’s release delayed by the events of 2020, Autumn had time to overdub some of the songs, adding Wilco-esque drums and electric guitars to the initial arrangements. It also gave her time to add three more songs: “Back in Line,” “Texas Blue Jeans,” and “Fine Blue Sky.”

Autumn doesn’t shy away from the peaks and valleys of her journey. That determination can be heard in “Old Time Lovers.” “It’s about finding the truth for yourself,” says Autumn. “The reels and fiddle tunes I heard in North Carolina opened up a new musical world for me. We win and we lose along the way.”

Exploring the limits of self-liberation, “Fine Blue Sky” taps into the guilt that can accompany decisions that affect others. “It’s about a woman leaving a relationship and saying, ‘I’m gonna go have my own affair.’ And then she feels guilty. So, she’s saying, ‘I’m sorry I left. I had to do this, but I just wanted a piece of that fine blue sky for my own story.’”

The album’s emotional climax, “Shooter” digs deep into reckoning with — and prevailing over — depression: “It was born out of frustration about gun ownership, but also it’s about struggling with self-doubt. I’ve dealt with depression and I wanted to express the feeling of, ‘If this thing’s taking me down, I’m going to aim for it and take it down with me.’”

The album ends with a hint of nostalgia on “Texas Blue Jeans,” which pulls inspiration from a pair of her late father’s blue jeans and imagines what his life might have been like in 1970s Texas. “I wanted to feel others’ experiences without being too voyeuristic,” she explains. “I wanted to understand others’ pasts, and how the past can be linked to your own pain.”  In drawing a map of her own experiences, Autumn hopes others can follow it. “I want my journey to help others in some type of way, or else it would be futile for me.”

Autumn grew up north of Pittsburgh, on the outskirts of the Appalachians, where she started playing music at the age of 9 and started writing songs when she was 14.  She found her footing in Pittsburgh’s supportive music scene. Inspired by artists as diverse as Joni Mitchell, Nick Drake, and Doc Watson, Autumn describes her music as “traditional,” but with strong contemporary influences. “I was 20 when I found bluegrass,” she recalls. “Traditional music ended up being the thing that means the most to me. I think it has the best community.” After moving to Nashville, the singer-songwriter gradually put down roots by jamming with bluegrass players at the now-famous concert series at American Legion Post 82, the locus of any roots music out of the Nashville mainstream.

Autumn released the Crash and Burn EP in 2014, and the Rascal EP in 2019, and her music garnered some attention in press circles. NPR dubbed her music “like snippets from a diary entry, filled with… meditations on loneliness and the desire to love.” DittyTV took a liking to the title track, “Rascal,” adding it to one of their playlists, and PBS collaborated with Autumn on a video for the song “Colorado.” 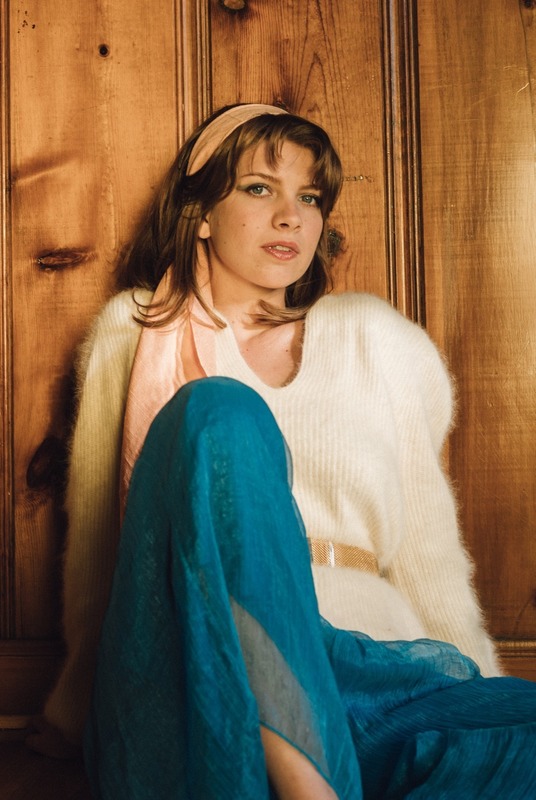