Everyone this is a supplement article to one of my previous articles about Miss Crystal Gayle, who released a REALLY GOOD album this year and also was blessed to be a Grand Old Opry member. You can readmore about this album
RIGHT HERE.

NASHVILLE, Tenn. – Grammy®, AMA, ACM and CMA award winning country music singer and Grand Ole Opry member Crystal Gayle released her first new album in nearly 16 years today; You Don’t Know Me which includes the first ever recording with her sister, the legendary Loretta Lynn. Available everywhere, the new album is released by Southpaw Musical Productions, and distributed by BFD in partnership with The Orchard. 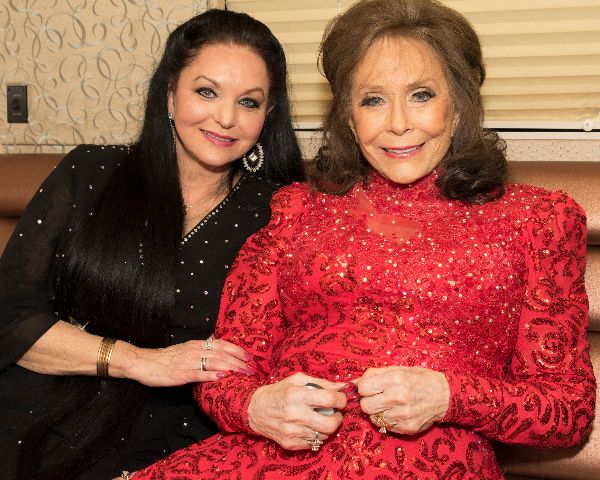 Co-produced, recorded and mixed by Crystal’s son Christos Gatzimos, You Don’t Know Me has already received critical acclaim. Billboard Magazine premiered “Put It Off Until Tomorrow,” the song which finally brings Crystal together with sisters Peggy Sue Wright, and country music icon Loretta Lynn, on a highly anticipated, first-ever recorded trio of them singing together.

“Loretta and Peggy made this album very special by singing “Put It Off Until Tomorrow” with me. It is a song that we have performed together throughout the years. This is the one and only trio performance on record. We’ve done the Boston Pops together. We performed together in Lake Tahoe and Reno and a few things like that. But we’ve never actually made a record together. Peggy Sue still comes out on the road with me, singing backup harmonies. I recorded the track, then Patsy, Loretta’s daughter, asked her to sing on my album. Loretta is such an incredible singer. She got through the song right away and then went, “What’s next?” We should have recorded the whole album together!”

Follow Crystal at crystalgayle.com or on social media @TheCrystalGayle for the latest news.

About Crystal Gayle:
Grammy®-winning singer Crystal Gayle is an award-winning country music icon whose reign in the music business includes 20 No. 1 country hits, six albums certified Gold by the RIAA and the first female artist in country music history to reach platinum sales with her 1977 album, We Must Believe in Magic. Her list of platinum and gold was to be matched only by her awards and accolades. CMA’s “Female Vocalist of the Year,” for two consecutive years, she became a Grammy® Award Winner for “Best Female Vocal Performance,” thanks to her beloved “Brown Eyes” – a song that she today admits she has never grown tired of singing. Crystal swept the Academy of Country Music Awards for three of their “Top Female Vocalist” statuettes. She is the recipient of three “American Music Awards,” voted by the nation as America’s “Favorite Female Artist.” Perhaps nothing sums up Crystal’s career achievements as well as being awarded with a star on the fabled Hollywood Walk of Fame in October 2009. Also famous for her nearly floor-length hair, she was voted one of the 50 most beautiful people in the world by People Magazine in 1983. Gayle also has a star on the Hollywood Walk of Fame near Lynn’s star. In August 2016, the Academy of Country Music honored Crystal with the Cliffie Stone Pioneer Award during the 10th Annual ACM Honors. Gayle was inducted into the Grand Ole Opry in January 2017 by her sister and Opry legend Loretta Lynn.