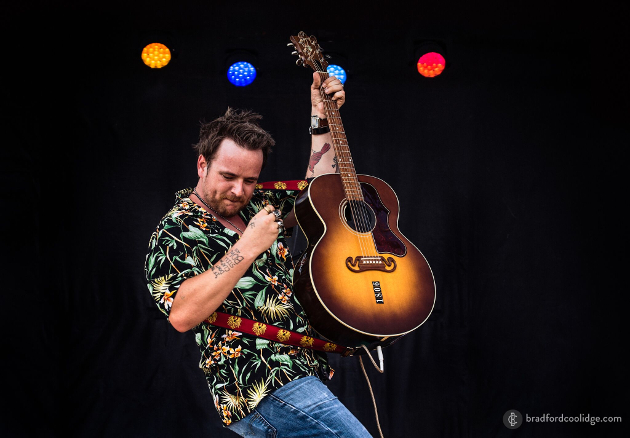 Texas Country and Red Dirt is one of the many communities I follow on this website, and Mr.Dalton Domino is no stranger to my radar. His album last year called corners, was a somber reminder to me of my past with my addictions. It reminded me that there ARE others out there that equally hunger for that past taste of dangerous bliss. Although he was born in Memphis, he cut his teeth out there in the Lubbock Texas community in the years leading  up to his finally breaking through the ranks.

Recently, there have been some truly terrific live albums released in this Texas Music community like the amazing release from Mr. Aaron Watson in front of a record setting audience. True, Mr. Dalton has some major work to complete before he is on the same echelon as Mr. Aaron Watson, but he has indeed released a seventeen track acoustic live album, available at the beginning of 2019.

This two hour set was recorded at his show at the Blue Light Bar In Lubbock Texas. Now if you’ll remember, he is working on a new studio album as well called “Songs From The Exile”. He was releasing a new single live feed every week and we covered that In an article here, as he visited the Exit In in Nashville.

He is for sure going to be in my cross hairs for 2019 new music, and you can rest assured it will all be featured on here. As far as I’m told this live recording features Miss Morgan Rutherford on vocals, Mr. Sam Jones on the keys and Mr. Nick Gardner on lead guitars. So, until I feature him further here is how YOU can support him LIVE!