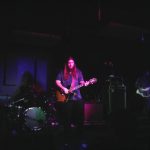 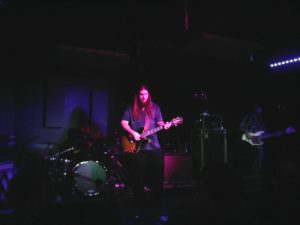 Well folks last night I had a unusual experience at my other job and because of Monday being a holidayI ended up with my turn of weekend work off. So as usual I got behind my keyboard for a little bit…BUT..I decided on a whim to travel to Lexington Kentucky to Cosmic Charlie’s which was a nice venue.

I’m not sure about the food my readers because of the tight schedule I had I ate on the road and I made the show in time. The only complaint I had was I had extreme trouble connecting to their WiFi, but I used my trusty pen and paper so It’s OK. No reason why I would never go back. In fact it was a spacious and well staffed place to see a show, not much in the way of parking but I’m sure it was just due to my not knowing where I could.
That place was pack jammed and I thought they did a good job of keeping the place clean.One other thing that is not their fault it was incredibly LOUD in there, and I don’t mean the music..during the first two acts there was an abundance of talking and it made it hard for me to hear the acoustic acts. 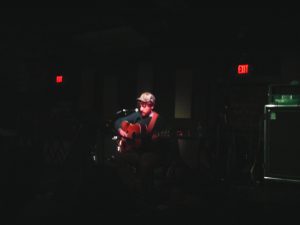 There were quite a few reasons why I went up there last night, and THIS young man was one of them. This is Tyler Childers. I first heard of him from W.B.Walker’s Old Soul Radio Show podcast. And during his one year anniversary show I heard all I needed to put him in my crosshairs for coverage. This young man has an incredible way of delivering his lyrics. I cannot describe how unique his voice is other than this: you know how you hear older music lovers say nowadays you cannot tell one singer from another? You cannot identify many singers from other singer..well..this man indeed has a style all his own. The very first time I ever heard him open his mouth the feelings and imagery came out flowing with simplicity and influence in mountain life. You can tell where he came from and I featured him on the article I wrote for the one year anniversary show. And I drove three hours to see him live and this is my accounts of what I saw.

Then I went to the merchandise booth and met Mr. Josh Green who works for Joshua Morningstar and we got to talking and realized we had him in common as a close friend. I must admit I spent A LOT at the shopping table last night for reason I will disclose here shortly, but I came home with a SACK full of stuff. Jeff Shepherd was next and honestly I want to save him for a later date because he needs to be featured in a more thorough manner. I want to delve into him more so please bear with me on this call here.

Now then this article will kill more birds with one stone because I want to tell you of an announcement maderecently by frontman Justin Wells from Fifth On The Floor. The band will be playing some last dates with Matt Woodsand then disbanding. So in a nutshell folks this is it, and let me tell you what..last night they said farewell in a fashion ONLY Fifth On The Floor could do. Now Matt Woods is currently on tour with Rachel Kate…you remember my article on that? Well I was going to write one about THEIR tour dates too and I just decided to inform you about all of it in one big article.

The place was literally jammed with people and my first observation was how immense the crowd support was for a band playing all original songs. VERY impressive to say the least and I was happy to see it because I have loved this band for a long time. I’m very distraught to see them go and I hope the brand comes back.

They opened to a roaring wild audience with “January In Louisiana”. They play like a machine very fast paced and when they slow down for one of them beautiful steel guitar songs…man oh man. I’ll be honest I was still trying to connect to my internet so I missed some of the song titles. They played “Shine” on me, which got people up and dancing over where I was sitting and the crowd indeed loves this band. 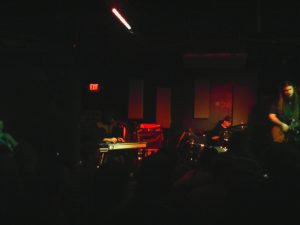 They continued with “Burn Nashville Down” off of their album “Ashes And Angels” which Shooter Jennings produced and released on his own label BCR. They played a few of them good ol’ steel guitar songs and one of them was “One Big Holiday”. I am really going to miss these guys for sure and I hope in the future sometime they stay.

Off their album “The Color Of Whiskey” which is hard to find now, they played “Running Ragged”. after a few more songs they played MY PERSONAL FAVORITE..one I often just put on repeat at home and that is “Angels In The Snow”..it’s just a really pretty song with an awesome melody.

They closed with “Distant Memory Lane” and were called upon for an encore which was “the Fall”. Folks I’ll be honest Mr. Justin and his band puts their heart into the music no matter what lineup was there it was always top notch. They have burned up roads and played a lot of shows for 8 and a half years. If you get the chance go see them and support them as they say farewell..this is it folks let’s show them our thanks. Here are the dates with Matt Woods. 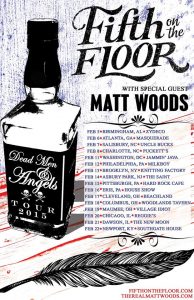