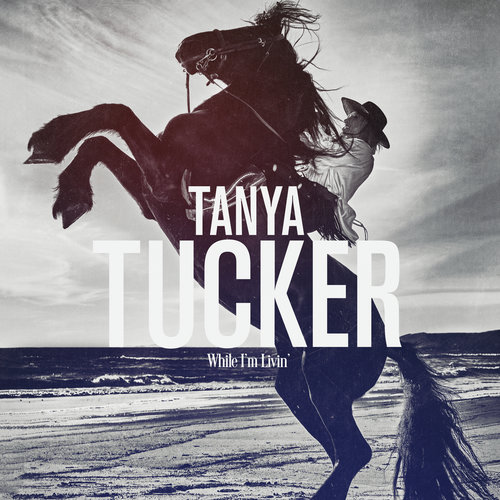 Miss Tanya Tucker HANDS DOWN WINS MY 2019 Album Of The Year award.  To be honest one of the most riveting feeling in my last 10 years of life, was to go to Target and purchase a vinyl copy of an ALL NEW Tanya Tucker record. But I’ll be even more honest it goes deeper than just the initial purchase of the album here…

The album almost never came to be PERIOD, and it took a lot of persuasion from Mr. Shooter Jennings, who co produced this album with Miss Brandi Carlile to record the project. Apparently just days before the recording was scheduled to commence, she called Shooter and told him she didn’t want to do it. However after his rebuttal ( and whatever else he told her) that album came to fruition and ended up being an absolute masterpiece.

The absolute apotheosis of this album is the song called “Bring My Flowers Now”, and it strengthens the reason for me to do this while she is alive. I mean isn’t this amazing to get to love on her NOW instead of finding “unreleased new music” years after she is passed on? THE DAY we loose Miss Tanya Tucker will be a dark and lugubrious time in Nashville, and I think it’s time for us all to lift her up, and continue to let her know SHE IS WANTED..and NEEDED.

I cannot express enough love and respect for Miss Brandi Carlile and Mr. Shooter for their belief in her ( and many other people in music ). Shooter has brought me SO MUCH JOY in the years past with different releases BCR has made, but it was TANYA that also showed up with a newfound passion to bring these songs out with a puissant   authority that only mainstream country radio could deny. I know that mainstream avenues of music ignore Legends like her, but hey it’s their loss!

Going back to how amazing “Bring My Flowers Now” truly is she co wrote that song with Miss Brandi on a piano in the studio, and they recorded it right away. Is that NOT how a TRUE masterpiece should unfold? This whole album is so believable and honest, that I cannot fathom these songs were NOT written with HER in mind. “Mustang Ridge” is about living on the run, and living on the edge, and reminds me of some of the other things that Tucker is often associated with. Despite having more commercial success than only four other females in Country Music, Miss Tanya is still to this day vastly overlooked….and this album I’m sure will begin a new era for her.

We haven’t heard any NEW music from her in seventeen years, and only two producers like Miss Brandi and Mr. Shooter could assemble a team like this to bring forth an album of this magnitude. With as many years and albums as she has under her belt she has every right to decree that “I Don’t Owe You Anything”.  You get a more closer look at how she can convincingly present a cover song like ” The House That Built Me” , which was a hit for Miranda Lambert. Instead of a young woman, she presents the song from a little bit different perspective.

Overall the ONLY negative thing I have on this album was the short length of the album. At a short thirty minutes and only ten songs, the quality of this recording, the meaning of the songs, the way she delivers the vocals and the relevance of this release make that negative point moot. If you think this album doesn’t deserve my accolades here, you are the most mistaken individual on the planet right now.

We love you Miss Tanya Tucker. Please stay with us for many more decades, and record more albums like this.