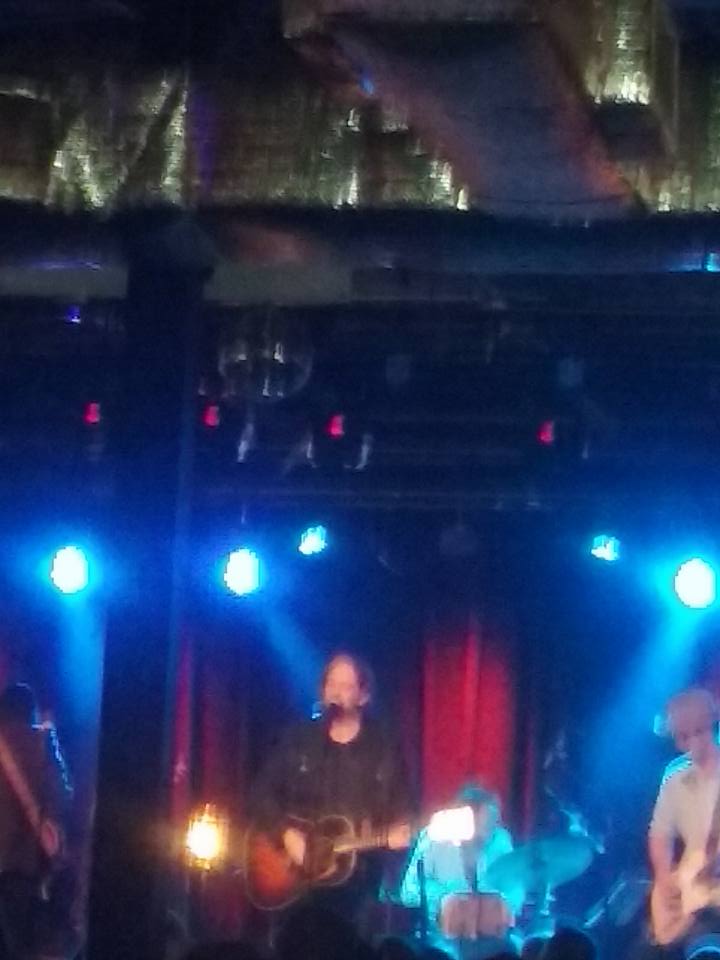 Last night I went on down to Nashville for some exciting music at the Basement out there in East Nashville to see the show from Hayes Carll and backing band The Band Of Heathens. As always I have to thank the many people whom help me make these articles possible My friend Mr. Jason Buchanon who has shows coming up at The Basement you can read about HERE.

The Band Of Heathens released their new album “Duende” this year and it easily earned a spot on my TOP 50 I’m pretty sure I can say that already,as rapidly as I could tell you Hayes Carll earned a spot last year on mine. They began their fast paced set with a song called “DC9” and an outright jam off their new album called “Sugar Queen”.

These guys are simple and easy to understand from a lyrical standpoint and all you have to do is come ready to jam to some good old fashioned southern rock type Americana whatever you want to call it music. You can attempt to classify them into whatever genre you want, nobody can argue with the fact they tear venues apart and spit them back out.

“Carry Your Love” and “All I’m Asking” were next followed by the song I took video of called “Green Grass of California” which equally has a video of their own for. Basically a good song about reefer out there in California, not really my cup of tea but it’s a damn good song, this band has some truly wonderful harmonies. The whole band unleashes some perfect timing and all five members are in tune with one another and bring their own talents to the table here.

“Jackson Station” was next before they played a song made popular by Gillian Welch called “Ruby”, that everybody knows really well. My favorite album they have was called Top Hat Crown And The Clapmaster’s Son and it has a song called “Hurricane” that they played. It’s by far their most popular song among their audience, and garnishes the best response overall, “Last Minute Man” was also included in their set list.

They closed their wonderful set tonight with “Trouble Came Early” and believe you me if you happen to attend one of the many festivals they are playing or are nearby when they are playing a local venue, go catch their show because it TRULY is one NOT to be missed folks. Please tell them my website sent you there and make sure to buy some stuff from their merchandise booth, which is exactly what I did before Mr. Hayes Carll got up there. 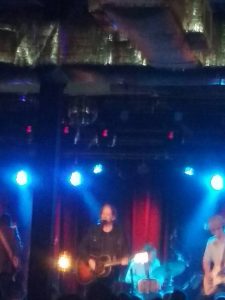 I honestly didn’t recognize a small few of the songs that Hayes Carll played last night, but I got a pretty darn good list of the ones I did recognize. In 2002 he released his debut album on Compadre Records called “Flowers And Liquor” and came from the Austin Texas area. Later on in the set he told some stories that better acquainted us with his past jobs with the song “I Got A Gig”. Now I don’t usually skip around on the notes and set list BUT…

There exists a little place in Texas called “Bob’s Sports Bar” where he got started out and he said the name is a lie because it’s NOT a sports bar, but he played 4 and 5 hour sets of covers before he began forming his own songs and his Red Dirt style of music. Often times he is indeed placed within the genres of what’s been called “Texas Country” or “Red Dirt”, I have been delving into that scene for some time now. He told stories of Genies 1 and 2 and other small joints he started out in with 1.25 Bloody Marys for ladies nights, and a place with a neon wagon they rolled out into the street with a sign that said 4.99 fried chicken and Hayes Carll. This show was indeed a splendid tidbit of information for someone like me that enjoys studying just where these people came from.

As the music from “Deep In The Heart Of Texas” ushered in the entrance of this man he began his set with “Love That We Need” and ” My Friends”. As the Band Of Heathens also backed him tonight, like they have for some time now he displayed some fine showmanship tonight. He possesses a mighty fine stage presence and exquisite leadership skills as he whips us into a frenzy with slow paced acoustic songs like “Sake Of A Song” and faster songs like “I Got A Gig”.

I thought his set list placement was really good tonight and the strategic array of up and down tempo complimented one another very well, with songs like “Things That You Don’t Know” and “Beaumont” preceded the slower ballads like “Jealous Moon” from his newest album that made my TOP 50 last year.

He amazed me and entertained me as he brought out Allison Moorer for some songs, she sings SOOOOOO pretty and she is absolutely gorgeous in every way, I LOVE HER and all her albums.   She sang “Jesus And Elvis” with him as he told another story about a bar called “La La’s” where she had Christmas lights that never turn off. This is because she promised her son she would not turn them off until he returned from Vietnam and sadly never did come home, I tell you I didn’t know he had this many wonderful sad and happy stories. I’d like to personally thank him for sharing these stories with me as a fan, you truly blessed my Easter weekend by helping me forget my own troubles and including me in YOUR world. She sang “Love Don’t Let Me Down” with him as he went into the next portion of his set.

“Bible On The Dash” is a song he wrote with and it’s on the album “Cabin Fever” from 2012 go check that album out and buy it because it’s a classic. “KMAG Yo Yo’ was next followed by the song “Drunken Poet’s Dream” also cut by the Legend Ray Wylie Hubbard. That song never fails to get the crowd rowdy and singing along, heck even I was singing along with him last night.”It’s A Shame” was a good jam that also had the crowd singing along with. “Bad Liver And A Broken Heart” was close to the encore, his encore was three songs. One of those songs was “Wish I Hadn’t Stayed So Long” which is his timeless song of living in Nashville many can relate to. There is a timeless struggle of tension between Texas and Nashville scenes and lifestyles, I myself have a perfect balance of BOTH on my website here,as you can easily ascertain from reading it for a few days.

All in All I gave this show an A+ form all standpoints, the sound was ABSOLUTELY perfect even though there was a slight microphone mishap it was easily fixed. I applaud the entire crew for an enjoyable evening last night, and my first time covering a Hayes Carll show, I’m truly glad I finally got the opportunity to bring him to Garyhayescountry.com and I’ll be more than happy to usher in his return on this website ANYTIME.