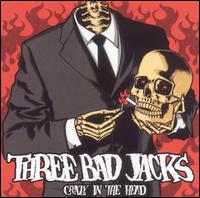 Well folks I always try my best to bring you coverage of the shows as they happen.
I do write things down and cover shows and festivals with notes but I prefer to
be online and do it live.

Right now there’s a wonderful band of locals playing traditional bluegrass songs
like “Roses in the Snow” which is one of the greatest albums ever recorded.
Emmylou Harris released it in the 1970’s.
They played “Midnight Train’ and many more, they play here EVERY Saturday night
usually before the featured acts of the night. Heck I could watch them all night.
I missed a lot of their set while getting connected but I did enjoy them.

The 5 Spot is a wonderful venue to see live music and enjoy drinks.
I’m only drinking cokes though since I’m driving…the only drawback was parking.
There’s not enough of it and I had to park in a pay lot. I would rather spend that
money on the bands.
I do not see any food choices here so I ate before the show, but it’s a really nice
atmosphere here. I’m having FUN.

Jane Rose And The Deadend Boys are on stage
tearing it up right now.
“Wrong Kind Of Guy” is one of her originals and it was her second song they played.
This is my first time ever seeing this band, however I have heard of her before.
They are based in the Nashville area and play Kentucky too.

“Hot Rod Daddy” was a really good song that I enjoyed a lot she has a really cool
throwback style and has some really good songs.
This is defiantly a top notch rockabilly show, and Nashville needs more of this type of
band. I’ll be doing an artist feature on this band REALLY SOON!
Right now, she’s doing a Wanda Jackson song. And she also covers “Hound Dog’ in her own
unique style. I’ll have to delve into this band further for sure!
She closed her set with “Love Me like A Man”.

Next up are The Three Bad Jacks from California.
THEY ARE one of the nation’s hardest working bands playing over 300 shows a year.
And they are another band that I have never featured on the website yet.
They are a rockabilly band as well and I found out about them through the Reverend Horton Heat.

I mean the lead singer’s name REALLY IS Elvis..How much more Rockabilly can you get?
They played just about every song off their album “Crazy In The Head”..but they opened
with some cover songs which was way cool cause I was hoping they would play their cover of
“Ace Of Spades” by Motorhead.

Their first original was Gone Gone Gone Goodbye and it was followed by “Thrill Me”.
“It’s Forever” and basically the band was asking us for requests since they never really
get to Nashville.
TRUST ME when bands like this FINALLY come to town I MUST GO because a lot of the west coast
bands do not get out here frequently. And as busy as this band stays I HAD TO GO!

AND YES they played my personal favorite song “Hell bound Train” and it was followed by
‘Crazy In The Head” and “It’s A Cadillac”.
They played another Elvis cover and ‘Remember The Nights” and closed with the cover
of “Ace Of Spades”.

Well now the MAIN ACT of the night (And A band I will ALWAYS LOVE) was Hillbilly Casino.
These guys just flat out kick major butt. THEY ARE one of my top 3 acts of 2014 Muddy Roots Music Festival.
Their lead singer Nic Roulette always puts on a great performance and when you
combine the rest of the band they play like well oiled machine and flat out
rock your face off!

They recently recorded a LIVE album at the Exit In this past year and announced
that it WILL be available before the holiday season.
Their intro was WAY COOL as they came onstage to the theme song from “Hogan’s Hero’s”.
They got so many damn good songs they could just play all three albums and keep going.

They too opened with some covers before playing their first original which I believe
was ‘I’m getting ready to give”.
Another usual song they play that I really enjoy is “PBR”. It’s just a downright jam
and honestly one of the fun things about their shows are watching all these people
dance…I can play guitar and sing really good. I can NOT dance, I have the rhythm of
a tree stump.

“Debt With The Devil” is a good one that I always enjoy hearing along with
‘Shoe Leather”. I HAD to buy their album “Three Step Windup” cause it has “Big Dan’
and that’s my favorite song they do.
That was followed by ‘I’m A Train Wreck Baby” and another one I like a lot ‘The Hole”.

They played several more and played “Violets In May” which showcases Ronnie Crutcher’s
playing abilities well.
As usual Mr. Nic was ALL OVER the place, dancing on tables and hanging on rooftop
boards. I WOULD STRONGLY suggest any of you go see this band live. You WILL NOT BE
LET DOWN.
Tell them guys I sent you! You will NEVER EVER meet a band of nicer fellows than Geoff
Firebaugh and the gang. They keep the roads lit up and going strong.