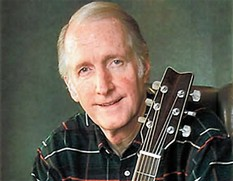 Folks I’m sure you heard this week “The International Ambassador Of Country Music” George Hamilton IV
suffered a severe heart attack and is resting and recovering at Baptist Hospital
here in town.
That was last night and as I wrote that he was alive but alas the gates of Hillbilly Heaven
opened and welcomed him home today. I’m sorry I work second shift and cannot keep up
on these things. I’ll keep things just the same because you can STILL send love to that address.
As I learn more places to send love I will update this.

In 1960 he was inducted into the Opry and we call him The International Ambassador because he
is widely known to travel to more countries than ANY other Opry Legend we have.
Patsy Cline nicknamed him “Number” because of the high number after his name.
He was the first Country singer allowed to perform in the Soviet Union and Prague.

In 1956 he scored a top 5 hit and a platinum album with the song
“A Rose And A Baby Ruth”. He also cut “Truck Drivin Man” which if you’ll
recall me saying was originally wrote and cut by Terry Fell in 1954 and
brought back by Buck Owens in 1965.
But George also cut it among MANY others, his most famous song is still “Abilene”.

The service has been announced:

George Hamilton IV “The International Ambassador of Country Music”
was an Opry member for over 54 years.