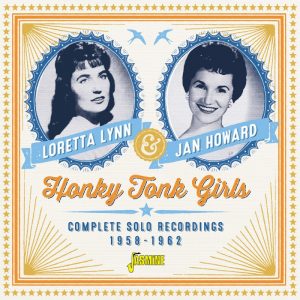 This is another one of the news issues that happened early this year that I missed out on, but I did not see many other websites cover this one. Things like this one are VERY integral to a historian and collector like me.

This year of 2020 had a superfluous and nasty disposition upon the Legends of Country Music, and it continued with Miss Jan Howard, who was 91. Unlike many others that died in 2020, she lived a full and active life as an Opry member almost up until her death.

I have a hungry appetency to study and learn about her and those like her on those early ( I call them wing ding ) labels that were around a few years and then bought out by the bigger fish in the sea.  From the middle of the 1950’s up until her debut album “Sweet And Sentimental” in 1962 on Capitol Records, she recorded on Challenge Records which Capitol bought.

According to her biography, her initial recording sessions with Capitol were a disaster and eventually she called Mr. Ken Nelson to produce them. Even though he was busy with Mr. Buck Owens, he agreed to help. The process got better, however on her second album she signed on with Decca Records, and remained there until 1972 when she released “Love Is Like A Spinning Wheel”.

Now, Miss Loretta Lynn came to us on Zero Records initially in the 1950’s until her own Decca debut called “Loretta Lynn Sings” in 1963. Both Jan Howard and Loretta were produced by Mr. Owen Bradley. Both artists had some truly iconic studio players that adorned their albums.

Both of these ladies have embellished Country Music through their contributions to the genre, and have proliferated the Opry with their ardent performances that spanned 5 decades. I think that this is indeed the most needed and perfect time to release this long lost music…especially on vinyl.

Jasmine’s commitment to classic country music has never been in doubt. This month we introduce a new series that focuses on the great country ladies of the 50s and early 60s, with a superb compilation that brings together the early recordings of two of the genre’s more revered artists – Loretta Lynn and Jan Howard.

Loretta and Jan (wife of noted songwriter Harlan Howard) both made their first records in the late 1950s and happily, both are still alive and still occasionally releasing new music in the 21st century.

In this collection you will find the tracks on which both women built their reputations – among them all of Loretta’s early sides for the small Zero label, and all of Jan’s solo recordings for Challenge and Sundown. The tracks include many early hits by both, including ‘I’m A Honky Tonk Girl’ and ‘Success’ from Loretta and ‘The One You Slip Around With’ and ‘Pick Me Up On Your Way Down’ from Jan.

The style of these tracks and others here is pure unadulterated honky tonk with fiddles, steel guitars and none of the smoothing or sweetening that ‘The Nashville Sound’ was built around. They sound all the better for it!

Two living legends paid tribute to here in one great collection – remastered, as always, from the finest available sources! – and a shoo-in for a warm response from all who enjoy vintage country music as it’s supposed to sound.