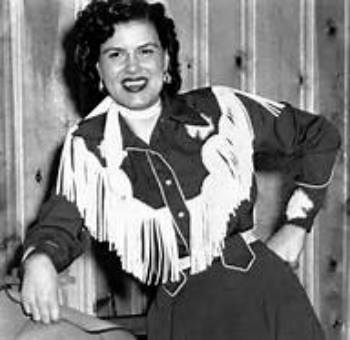 On March 4th, PBS will premiere Patsy Cline: American Masters as part of their Women’s History Month programming. Get a first look at the trailer for the new documentary above as you can witness firsthand what PBS will soon be offering and what I find cool about this is right now the Patsy Cline museum downtown is almost open for business above the Cash Museum.

Patsy Cline, born in 1932, died in a plane crash on March 5th, 1963, at 30 years old. She would have turned 85 this year and she was killed aboard with Hawkshaw Hawkins and Cowboy Copas. Actually at the time of the plane crash Patsy was an opening act and never truly reached the pinnacle of her career as a headlining act. Back then Country Music offered many package shows where you could go see 4-6 popular acts at one time for a set price.

American Masters is a long-running series on PBS that profiles America’s most important artists and cultural figures. Check local listings for air times and dates. So folks you often hear me say I do NOT watch TV until now, I got Bluegrass Underground new season and Sun Records TV series, and now this.

The documentary will also show never-before-seen performances and rare footage captured at her estate for fans to get the authentic picture of what the country icon’s life was really like behind the scenes. The Country Music Hall Of Fame has an entire replica of her Nashville Office, and she was one of the many people I have studied on a personal level.

She was the first solo female to be inducted into the Hall Of Fame ten years after her death, and her life was filled with arguments and controversy over the fact of legendary producer Owen Bradley wanting her to record pop country, suggesting her label only hinted at her potential. Her contract strongly demanded she only record Honky Tonk Country and when there was no steel guitar or fiddle she would become rebellious.

She had several appearances on the Opry and always received standing ovations and strong welcome, also in the 1960’s she was mentoring a young Loretta Lynn and was taking her under her wing as a young artist. Just as the movie Coal Miner’s Daughter prefaced she did indeed have a huge impact on Loretta’s career as an artist.