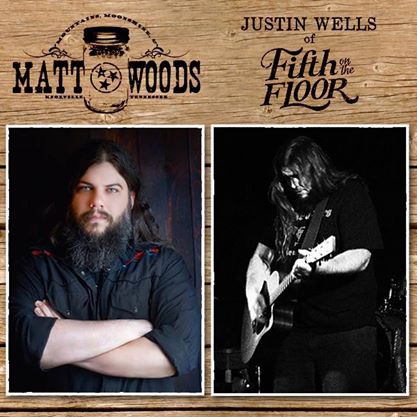 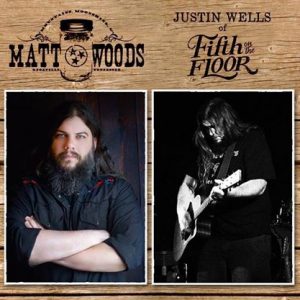 Matt Woods was most definitely one of my top 5 favorite sets from 2014
Muddy Roots Music Festival. And after all my coverage of him I’m positive you’ll agree.
He’s about to go out on tour with Justin Wells of Fifth On The Floor who
is fresh off a REALLY GOOD album produced by Shooter Jennings for Black Country Rock label.
It appeared on the Billboard Country Charts and punched Music Row in the chops this year..
I LOVED IT!

Matt Woods has been a prominent figure in the east Tennessee local music scene
from Knoxville Tn. And he has been hammering clubs and bars for well over ten years.
His new album “Love From Brushy Mountain” is made up of the songs that the Legends
would be proud of today.
He’s not what you would call “commercial”, that’s a GOOD THING!
Folks, THIS MAN kicks the stage’s ASS plain out pure ans simply there’s no more to say.

I mean the man works over 200 plus shows a year in a big brown van named “Daisy”
Is THAT not country? The man has a “Country Legend” demeanor about him.
I hope to catch him on tour or during a festival in 2015 cause I really enjoy his music.

Justin Wells of Fifth On The Floor is also equally talented in my opinion.
And they recently came off tour with George Thorogood and the Destroyers.
Like I previously mentioned they had commercial success with their latest album
“Ashes And Angels” and that’s difficult for a Roots band to do (Don’t ask me WHY)!

As far As I have been told this is an all-acoustic show and if I’m correct you
NEED to go attend it because I’ll tell you what…you will hear some DAMN FINE
songs from both of these artists.

I will add any or all more shows that are reported to me or as I learn them from
social media or their websites.