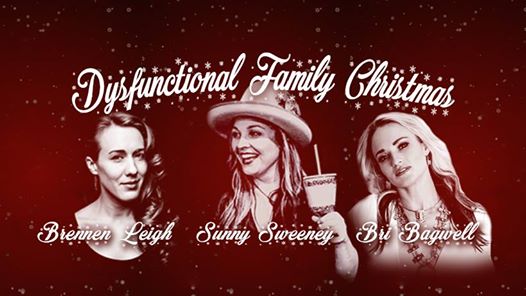 I have had a truly GREAT YEAR with my friend Miss Sunny Sweeney, last year her fourth album Trophy graced my TOP 50 OF 2017. I also got to cover some of her shows in Bowling Green Ky and Nashville Tennessee.

I discovered her on MySpace upon her first album called Heart breaker’s Hall Of Fame, but now she only performs one or two songs from that album. However she still puts on ONE HELL of a live show, in previous years she played what she called “Hard Candy Christmas”.

Now, I’ll be honest I’m not sure of this show will be acoustic only, or full band..but who cares? MANY of these shows are already sold out, so buy your tickets NOW! Also Mr. Ward Davis and Miss Bri Bagwell both have new albums out, so go pick those up too!