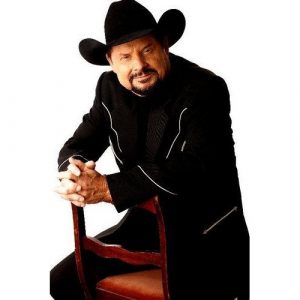 This was supposed to take place tonight and I’ll be honest we have some extremely inclement weather here in the Nashville area. Tennessee is covered in ice and my area is covered in snow and we can’t get around much. So I got behind on some website articles and keeping up with as much as I keep up with is hard. So right now I’ll tell you about a wonderful benefit that is taking place on March 18th at the Nashville Palace.

Country Music Legend Whitey Shafer is probably one of my personal favorite songwriters along with Dallas Frazier and Don Schlitz. My favorite song he ever wrote was ‘The Baptism Of Jessie Taylor” which was made a hit by Country Legend Johnny Russell. Through his long career that began 1967 he went on to write a ton of classic country music by himself and with his partner the one and only Lefty Frizzell. Together they wrote “I Never Go Around Mirrors'” and “That’s The Way Love Goes” for Merle Haggard.

By himself he wrote many hits like “Does Fort Worth Ever Cross Your Mind” for George Strait along with “All My Exs Live In Texas”. One of his most popular hits he wrote was “I Wonder Do You Think Of Me” by Keith Whitley. Now the reason that Moe Bandy was selected to host this benefit show for Whitey was because Whitey wrote Moe Bandy’s first 5 top hits. Moe Bandy himself once stated that he has recorded 33 songs that Whitey wrote.

Moe Bandy in my opinion is one of Country Music’s most overlooked Legends and he has never been given the attention he deserves. He’s had ten number one hits 40 top ten hits 65 charted releases and 5 albums certified Gold.
He has been performing his music in Branson lately and for many many years he has been around.

Now Moe Bandy and several others have organized a benefit show for Whitey as he has developed COPD which is a lung disease. it stands for Chronic Obstructive Pulmonary Disorder and it killed my adopted father a few years ago. It is an absolutely cruel disease that attacks your oxygen intake.