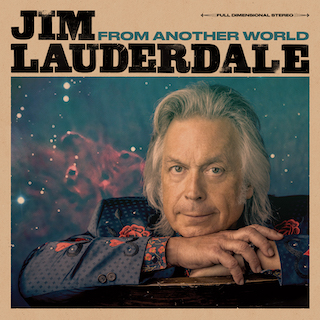 This June get ready for the 32nd album from songwriting Legend Mr. Jim Lauderdale, as he announced “From Another World” in March. This album will contain ten songs and three are already available, I’ll include the videos here. This man is not only a songwriting Legend, in my opinion he is equally a Country Music Legend as well. His songs have been recorded by more artists than I could possibly name like Vince Gill, George Strait and The Dixie Chicks. He wrote some of my favorite Patty Loveless songs like “Halfway Down” and “You Don’t Seem To Miss Me”.

In 2016 at Americanafest, he was honored with the Wagonmaster Lifetime Achievement Award. In 2018 he signed with one of my favorite labels Yep Rock Records, and released the “Time Flies” album along with a collaboration album with Mr. Roland White.