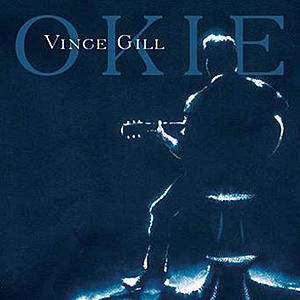 I’m extremely excited for 2019 and 2020 just for the simple fact that so many artists whom were prominent in the 1980’s and 1990’s are popping up now making new albums that sound better than ever. I have a huge list of names that I could rattle off with names of people to expect in 2019 alone.

One of those names would be Vince Gill, as he announces the August 23rd release of his new album called “Okie” which embraces and celebrates his Oklahoma roots. It’s been reported that this album will address some of the issues we have today in society, as the album itself is named after an old derogatory name for an Oklahoma resident.

They were viewed as scum that migrated westward during the dust bowl era of 1930-1937 when severe drought plagued the nation and many went elsewhere to find work. This is more of a concept album in it’s own right by all means, in that it displays so much knowledge and life lived lessons in these twelve songs.

Mr. Vince Gill wrote nine of the songs on the new record solo, and co-wrote the other three. His co-writers on Okie are Leslie Satcher, Charlie Worsham and Dean Dillon. So far there are two singles released from this album, one was released on Mother’s Day and it was called ” A Letter To My Mama”. The second one was called ” When My Amy Prays”, inspired by his wife of 19 years Miss Amy Grant.

Also on the album is ‘Forever Changed,’ which Gill introduced at the 2018 Country Radio Seminar in Nashville. Written from a female perspective, it focuses on a story of sexual assault. The song will stir poignant memories of that standing-ovation CRS performance, during which Gill opened up about his own #metoo story, of how a gym teacher had attempted to molest him when he was in middle school.

” A Letter To My Mama” in my opinion is just amazingly classic Vince Gill back into his prime form, with his heart on his sleeve and that sad lonely voice that could make tears emanate from a rock. Vince Gill could make Mr. Roy Acuff cry backstage at the Opry every time, and I think he could again if he wanted to….and he evidentially does.