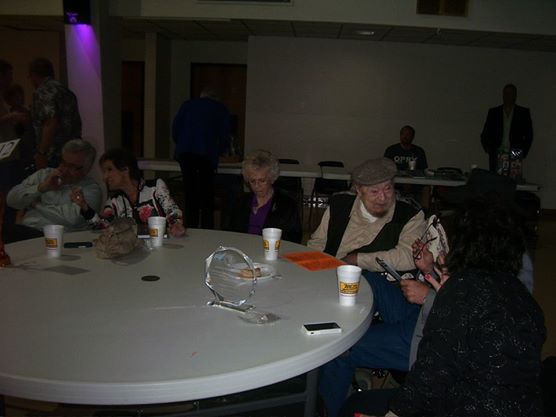 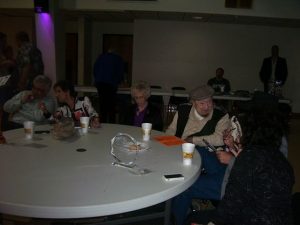 This past Wednesday during CMA Fest I went to the REAL country music
celebration for the R.O.P.E. breakfast and meet and greet.
It is a VERY important and integral part of the Country Music industry just like the
Opry is. There were so many Icons gathered into one place it was hard to get to them all.
You just cannot cover a show to the extent I do and get pictures with everyone.

This organization began one evening in May of 1983 when forty-three folks in the music industry
got together to discuss the idea of having an organization. Prior to the organizing of R.O.P.E.
generally the only times these folks were together was to either work and/or attend the funeral/visitation
for a fellow comrade. Wanting to correct this situation was the beginning of this great organization
that is known as R.O.P.E., International.

There are many R.O.P.E. functions and the public is allowed to attend.
The different types of memberships are as follows:

REGULAR-Persons or spouses of good moral character who are or have been engaged in the
entertainment industry or related industries and choose to pay their dues annually.
Regular professional members can vote and hold office. Non-professional regular members
can vote but can not hold office.

HONORARY-Shall be persons of good moral character who are selected by the Board of
Directors based on their contributions to this Corporation and/or the entertainment
or related industries. Honorary members can vote, but cannot hold office.

FRIENDS OF R.O.P.E.-Persons or spouses of good moral character, not in the
entertainment industry, who want to support the organization and it causes.
F.O.R. members cannot vote or hold office, but they will receive the newsletter
and can participate in the social activities or any other involvement as may from
time-to-time be designated and approved by the Board.

Currently Lifetime Membership is $350.00; Annual Membership is $40.00 and Friends of
Rope is $30.00 per year.It happened at the Al Menah Shrine Temple on Brick Church Pike in the morning.
I went in and immediately saw Mr. Jerry Overcast taking pictures and I FINALLY got
one with him! YAY!

EVERYWHERE you saw tables and tables of industry people from ALL directions of the
business mingling and eating.

Just sitting and eating at the same table with people I admire was such a pleasant
time in Nashville.

President Billy Henson gave a blessing and prayed for Weldon Myrick and his passing.
And called the great Keith Bilbrey to the stand as he emceed the event.
I got to sit up front at his table to do my reporting..

Roni Stoneman who was one of the original cast members of Hee Haw
and played Ida Lee Nagger and many more on the show was first.
She is one of Country Music’s FIRST families her father being Ernest “Pop” Stoneman.
Country Music buffs like me have long debated if the Stonemans WERE the first family.
She sang a Johnny Russell song “Catfish John” and told jokes.
She is a VERY funny individual and FUN to watch perform.

Bobby G. Rice is a legendary Country Music songwriter and has
penned many classic country songs. Among them were the two
he performed “Pick Me Up On Your Way Down” cut by Charlie Walker and more.
And ‘Easy On My Mind” which was his own most popular hit.

Dianne Sherrill is a gospel performer and has been performing
music for 40 years. I heard Keith Bilbrey refer to her as the
“Entertainers Entertainer”.
She performed “I Saw The Light” and another song.

Another person I REALLY was anxious to see was Country Music Songwriting
Legend Dickey Lee.
He performed “Never Ending Love For You” and another hit that he wrote
for George Jones “She Thinks I Still Care”.
And he has co-wrote hits for many artists. Dickey Lee has certainly given
his life to Country Music on a grand scale.

Host of the show Keith Bilbrey announced two awards that afternoon and
one was from last year and Ronnie Reno won it.
Their FIRST (planning to be annual) “fan Appreciation Award” went to my friend
from Michigan Helen Holmes. Helen does awesome things for Country Music.
She owns and operates Queen Bee Airbrushing and does work for Country Music through
her artwork.
I had heard that R.O.P.E. was intending on starting this award and I had a small guess
that SHE was going to win!
She gave a speech and was presented the award and it was rightfully chosen to go to a GOOD
recipient. She does more for Country Music than I or anyone else will ever hope to.

Rattlesnake Annie took the stage and performed “There Goes My Everything” that Jack Greene
made famous from Dallas Frazier writing it.
And she followed with the “Tennessee Waltz”.

The Harmonica King Charlie McCoy was there!
Charlie was a member of Barefoot Jerry and has recorded and backed more musicians
than I could name on this article.
He was part of the great Monument Records era of Country Music History and
recorded fourteen albums for them in his thirty seven album tenure.
He played ‘Cold Cold Heart” made popular by Hank Williams and he played
“The Orange Blossom Special”

Jeannie Seeley and Veteran Opry Pianist Tim Attwood did a wonderful
duet together a very heartfelt song that the audience greatly enjoyed.

The moment I WANTED had arrived!
To see this icon of Country Music…but what transpired then I had NO IDEA
would ever happen.
Keith Bilbrey brought the mic down to him and we ALL gathered round him
and he performed two songs!
At 89 years old Mac Wiseman was the very first Secretary Treasurer and
is the oldest original Board Member.
This year he was honored to be inducted into the Country Music Hall Of Fame.
And he performed “I’ll Be All Smiles Tonight” and “Sweet To Be Remembered”.
I will tell you THAT IS SOMETHING I will never ever see again..and you
may not either.

Ron Williams, son of Leona Williams sang “Act Naturally” that was written by
Johnny Russell. And another song called “If Your’e Trying To Break My Heart”.
I want to publically thank him for taking my picture with his mom and
Jan Howard at their table.
What a kind man he is and he has a really nice voice.

LuLu Roman was there as well from Hee Haw Fame.
She performed ‘Till I Can Make It On My Own” and called miss Helen
up there to perform “Crazy” with her.
I got to get her picture as well and to tell her how integral she
was in my raising.
I was pretty much ignored as a child and Country Music raised me
along with Pabst Blue Ribbon.

Jett Williams performed “Hey Good Lookin’ and ‘So Lonesome I Could Cry”
Some 70 years later her father Hank Williams was still alive and well
within country music and is still influential today.
I’m sure Luke Bryan doesn’t know any of his songs..but I BET

David Church does!
David is a wonderful entertainer from the Ohio area
and he performed “They’ll Never Take Her Love From Me”.
And another patriotic song called “The Old Red White And Blue”
which drew massive attention form the audience.

The “Queen Of Bluegrass” Rhonda Vincent came to sing
minus her band “The Rage”.
She sang “Beneath Still Water” also written by Dallas Frazier.
So much like Hank Williams, Dallas Frazier was equally there in spirit.
Dallas now is a minister and has since retired from Country Music
but he still performs on occasion.

Marilyn Sellars performed her classic ‘One Day At A Time”.
She is a four year veteran of R.O.P.E and has played on the
Opry stage many times.

Bobby Lewis “The Boy With The Lute” is the only Country Music singer
to use one. Although it is a six string Lute he prominently uses
the instrument in his usual act.
He performed his 1968 hit “From Heaven To Heartache”. He and Bobby Goldsboro
were two of United Artists most popular Country Musicians on the roster
in the 60’s and 70’s.

I’ll admit the last act I was talking to someone and missed her first
song but 9 year old Emi Sunshine was a smash hit with everyone.
She from east Tennessee and I heard she is gaining huge popularity
within the music realm.
Her first song was a Wanda Jackson song and she followed with
‘Jolene” by Dolly Parton.
She will be featured with Emmylou Harris very soon.

All in All it was a very blessed and special event.
I saw the Tennessean scratch the surface of it with little
coverage and I hope mine was much more enjoyable!