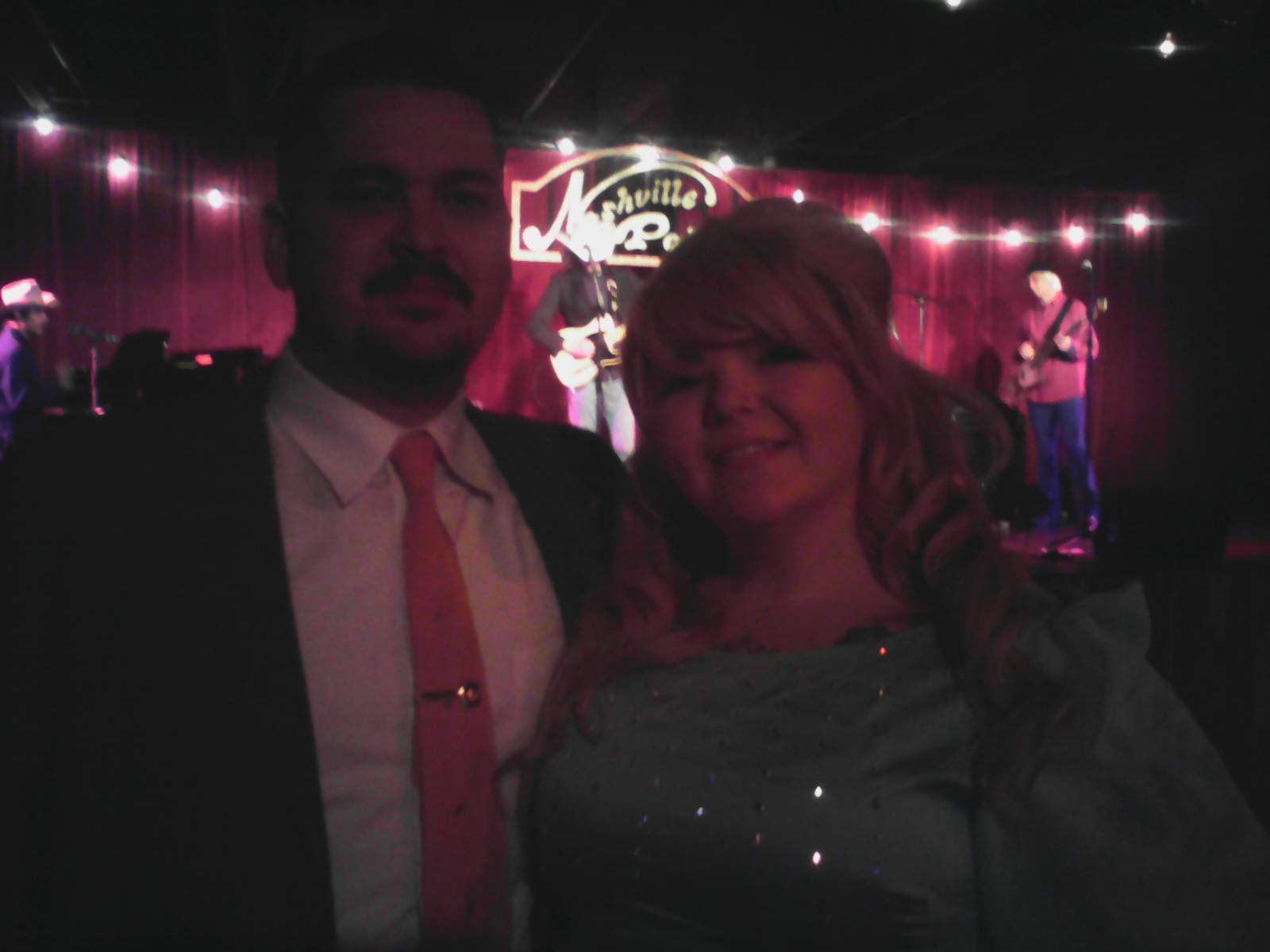 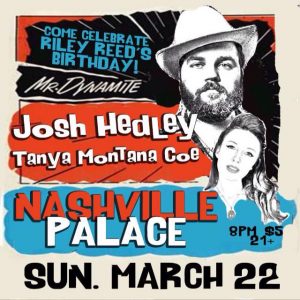 Last night I was invited to the Nashville Palace by Nashville’s BEST Honky Tonk Angel Riley Reed and her birthday party. They don’t come any more friendly or pretty as she does in this town. It was held in the back room of the Palace and I had a really wonderful time. I saw old friends and met some new ones too.

I met Miss Riley through the Muddy Roots crowd that attends all the festivals and they come from all walks of life. Pretty good mix of all types of people and they always treat me so good. Mr. Jason loves all guests that come to enjoy the music and not cause trouble, they just love to see plain old Gary! 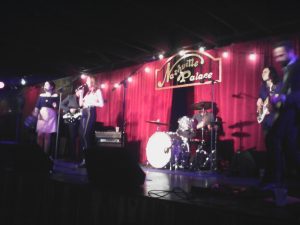 There were three acts last night that played and the first one I will be touching on later, as right now I am still getting familiar with her music and I’m altogether not sure if I’m allowed to tell you about any of it yet. TRUST ME you will be told more about Tanya Montana Coe in the NEAR future, and I’m sure you will agree with me she’s REALLY awesome. Her album will be called “Silver Bullet” and that’s all I want to release right now. She needs a whole new article and rightfully deserves it.

This second act I wanted to come see, I been hearing about his show for a while now. Fiddle player Joshua Hedley. Everyone’s been telling me I MUST go down to Broadway and see his show. Let me tell you ANYBODY that starts out a set with Mel Street’s “Loving On Back Streets” is damn fine with me! This man sings REALLY Country and his band is tight. I mean this man’s delivery is the most traditional form I have heard in quite some time now. He absolutely commands the stage and your attention. 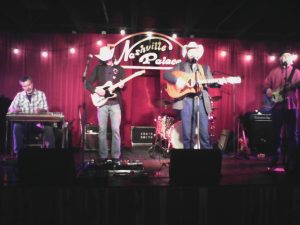 Some of the songs that he includes in his set list are “Slide Off Of Your Satin Sheets” “Tulsa Time” which by the way he did a REALLY GOOD job of. Ricky Skaggs “Hwy 40 Blues” was another one he did, and he also did my favorite Gene Watson song “Farewell Party” wrote by Country Legend Charlie Williams who died in 1992. He also played “Fourteen Carat Mind” wrote by my hero Dallas Frazier. He plays songs people can two-step too like “All My Exes Live In Texas” and more. I’ll also be featuring him in future articles too. 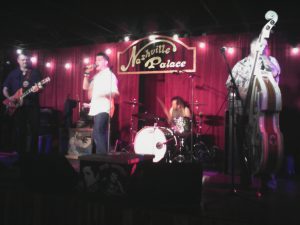 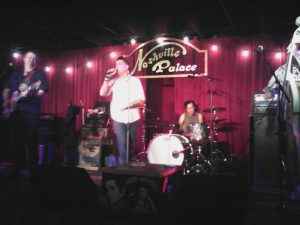 Hillbilly Casino was the final act of the night and they did a short set which was fine. These four guys NEVER EVER let me down, I just love to watch them play old rockabilly songs or country or whichever they choose. I have never heard a band cover “Hot For Teacher” so well. If you make deer jerky during hunting season bring them some they love it. the first song I got to see them play was the “Georgia Tornado” I was busy catching up with friends I haven’t seen in months and I was really enjoying myself. “Trainwreck Baby” was on their set list last night as well as “Heartburn And Heartache” followed by one of my favorites “The Hole”. It’s just an absolute jam and makes you want to jump around like Nic does..the singer goes nuts. “Blame It On The PBR” was second to last and their closing song was “Violets In May”. That song includes some really good playing from Ronnie Crutcher who wrote my favorite song they do “Big Dan”. These guys are going on the road soon with Yelawolf for some shows.

Folks in a few weeks I’ll be covering the Muddy Roots Rockabilly weekender which will be held at Opryland here in Nashville. Miss Riley will be doing a fashion show there and I have been planning to make that a side article. I’ll be calling her in a week or two and asking her more about what we can plan on seeing. I’ll be honest I know nothing about fashion…in fact I can barely buy socks, just ask Fishgutzz from the Gallows. Last year it rained SO HARD and I wanted to hand out dry socks, so I bought a few packs of what I thought were ALL Men’s and they ended up being Assorted sizes. Eh..it was a good thought.