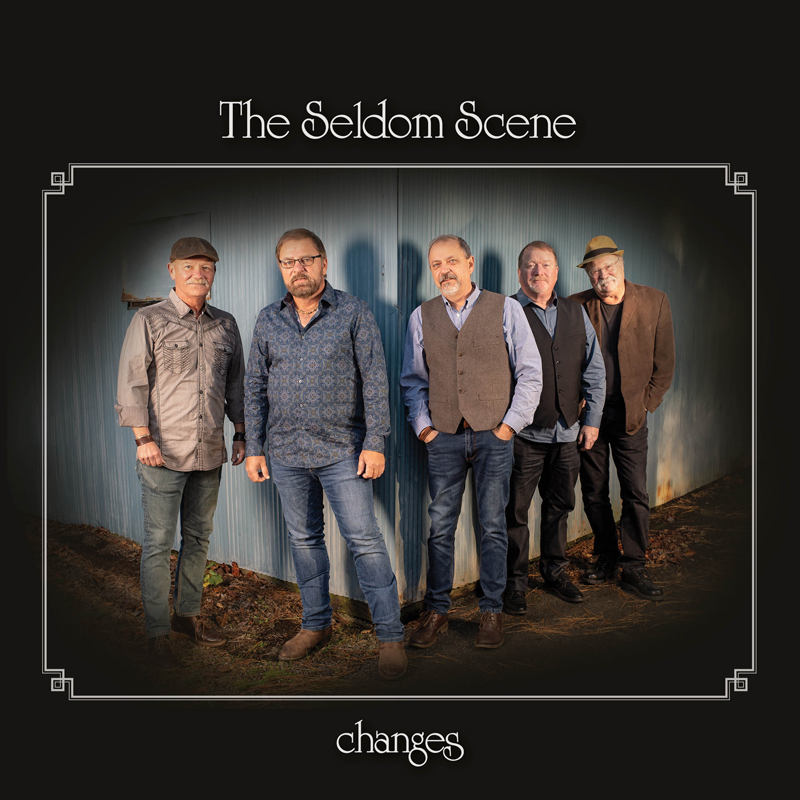 This album is an album of mighty fine covers of some classic songs turned Bluegrass. Now if you are a true music fan like me you’ll appreciate their take on some of these timeless works of art like the opening song called “Everybody’s Talkin”. This song was originally cut in 1966 by Mr. Fred Neil, who was the composer as well. However this song was recorded by over 150 other artists, most recently it was included in Mr. Glen Campbell’s final 2017 album called Adios.

This band has been around since I have been alive in 1971, and of course they have had their lineup changes, and deaths. But this current lineup of Guitar / Mr. Dudley Connell, Mandolin, Guitar / Mr. Lou Reid, Banjo, Fiddle / Mr. Ron Stewart, Dobro / Mr. Fred Travers, Bass / Mr. Ronnie Simpkins. They take turns on vocals and trading off solos during every song, in true traditional Bluegrass form.

“Steel Rail Blues” is a classic 1966 staple of the show from Mr. Gordon Lightfoot, but the apogee of this album was their cover of the song “Darcy Farrow” that I loved when Mr. John Denver sang it. The fiddle work on this song from Mr. Lou Reid is absolutely flawless and nothing short of putting goosebumps on my arms. It was written by Mr. Steve Gillette and Mr. Tom Campbell and it was recorded by many many artists like mr. Jimmy Dale Gilmore. Rocky Mountain High was the sixth studio album from Mr. John Denver in 1972, and one of my favorites.

“Seven Bridges Road” was a song originally recorded in 1969 by Mr. Steve Young, who wrote it. It was released on his “Rock Salt And Nails” album also made popular by Mr. Tyler Childers, originally wrote by Mr. Utah Phillips. Commercially it reached it’s apogee by the Eagles in 1980. There was some amazing guitar work on the 1969 song “Bob Dylan’s Dream” from the “Freewheelin’ Bob Dylan” album. The Townes Van Zandt song from 1968 “I’ll Be here In the Morning” boasted one of the album’s smooth closing songs as it closes it’s final feelings upon the listener with the almighty Mr. James Taylor’s song “Sweet Baby James”.

The name “Changes” is an appropriate name for this album as it is the first new album from the band in 5 years, on a new label and a new member as they still mourn the passing of Mr. Ben Eldridge.