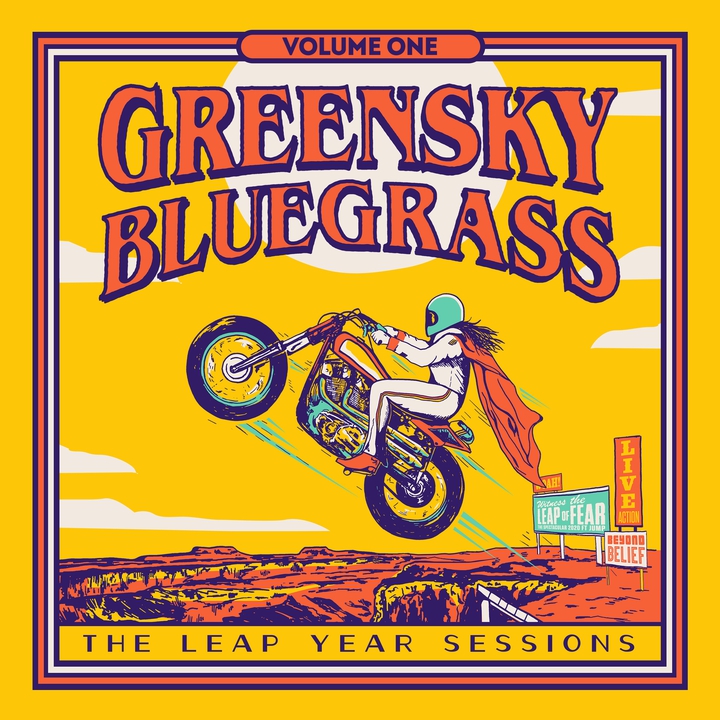 I began my personal music journey at age 8, and I began really digging into underground music and “roots” music around 1998. Around 2006 I found a copy of their album “Tuesday Letter”. I consider this to be a Newgrass Classic album, as it ushered me into a whole new world.

I have always enjoyed Newgrass Revival and all of the direct derivatives of them, at that time I was not really sure WHAT to call Greensky Bluegrass, other than GOOD MUSIC. I get into my different moods where I fill up on Texas Red Dirt, or Rockabilly…I enjoy so many genres. I could listen to Greensky all night long!

Their first album “Less Than Supper” is another classic album, and one of the major things that differentiate the two first albums is the noticeable absence of dobro player Mr. Al Bates. They added dobro player Anders Beck in 2007, and have kept a solid line up ever since.

However one complaint I had about this live recording was only one song called “Bottle Dry” is on this album here. There were two selections from their 2008 album called “Five Interstates”, but this still did not quench my thirst for earlier material. If the band ever announced a tour where they perform an entire album’s worth of set LIVE….I’d pay big money.

Now, shortly after they have released 3 live albums called “Courage For The Road” according to the seasonal legs of their tour. However we have not heard brand new music from them since 2019, but I’m SURE they have some tricks for us.

ANNOUNCE: We’re excited to start sharing remastered audio from The Leap Year Sessions, our streaming video series recorded last July at The Pageant in St. Louis, MO. We will release them in four volumes starting 3/19 with Volume One, featuring every song from Episode 1 & 2.

Jamgrass outfit Greensky Bluegrass are pulling together the audio from their pandemic streaming video series to release The Leap Year Sessions: Volume One, out March 19.

“After months of being apart from each other, the feeling of playing music with my band of brothers was nothing short of pure joy,” said dobrist Anders Beck. “We can’t wait to be with you again!”

Basically, this was a digital podcast and video only tour that was originally not intended to be on vinyl or cd form. Each session comes with a special introduction, and is filled with band stories for us to enjoy.

To pre-save the collection on your favorite streaming platform click here.