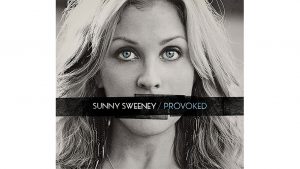 It was recently announced that the brand new Sunny Sweeney album will be
available August 5th. This her third album has been a long undertaking and has
taken a few years to complete.

The album will be entitled “Provoked” and will be her most personal album to date.
It showcases all her personal struggles with her personal life,
And one of the songs on the album is a song I have enjoyed for some
time “You Don’t Know Your Husband”.

This album will have 13 songs on it and will be released on Thirty Tigers label
and produced by Luke Wooten.
Her website says “The album is a journey from nearly hitting bottom and losing everything
personally to regaining my footing and being able to find not only my true self again,
but real happiness,” Sweeney reveals.

A portion of the album’s sales will go to one of Sweeney’s most adored non-profits,
CASA (Court Appointed Special Advocates).

Pistol Annies members Angaleena Presely and Ashley Monroe helped co-write
a few of the songs on this album, one of them a duet where she readily
admits her part of the fault in her own personal problems.

I have been on a really big push to bring Sunny Sweeney forward
to Opry membership because of her constant performances on it.
She is actually performing on the Opry MORE than alot of
the current members!
THAT says A LOT about her integrity and LOVE for Country Music.