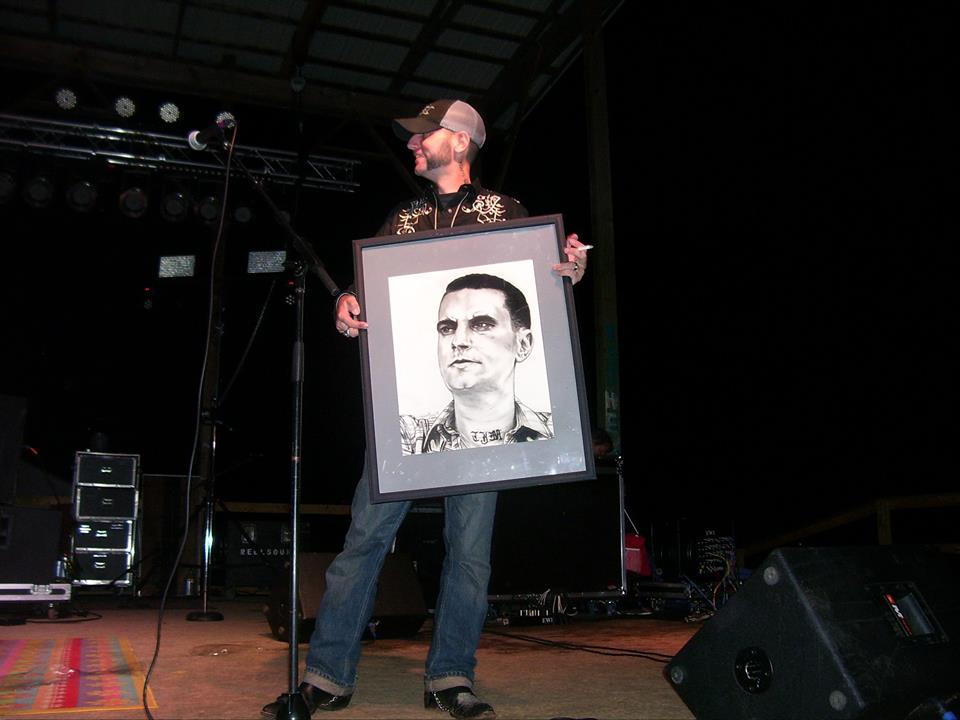 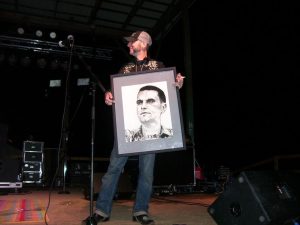 Folks I’ll be honest I been up over 28 hours right now and MANY THANKS to
Mr. Kurt Fortmeyer for helping me set up camp Hayes where we are giving
away FREE STUFF and I’m trying my best to write these articles to you.
I AM LIVE from Outlaw Fest and this is my first LIVE side article on
Joshua Morningstar.

We have a long long history of background together before we even met
last year for the first time.
And tonight this is my special feature on him as he does his set as the third
act of day 1.

THIS IS a special article and it’s my personal accolade to him and how
much I have seen him grow in the past year. He’s traveled his BUTT OFF
Playing everything from Moonrunners to Outlaw Fest to Up in Illinois
with Donnie Wymer.
he is a hard working road musician that deserves every piece of credit here.

Now mind you I was in the middle of a recharge and judging the upcoming
storms tonight and I want to set up a little different tomorrow to
cover the shows better and get a signal in my tent..so I was checking out angles.

He opened with “Sellout Sellebrity” a tune I have heard him sing
many times. And also played ‘Talk Me To Texas”.

He covered Ernest Tubb’s Driving Nails In My Coffin from 1946.
And he did his single from Altco Records called “Brand New Angel”.
He then called up Hal Bruni to perform Wayne Mill’s ‘Last Honky Tonk”.

“March To The Gallows” was another good song as well as “Bottle To The Bottom”.
VERY GOOD choice of songs as a setlist here tonight!
And he did his “x Rated” song “As Long As You Aint Comin Back”…which I have
always thought was cleverly written.

He played “I Never Go Around Mirrors” and “Grip Of The Devil”
and closed his set with some I missed in preparation of
the BIG PRESENTATION:

In celebration of his growth and friendship Kenneth Marr Graphics
presented him with a HUGE portrait of him AND Even though our
buddy A.J.Hancock from Diamondback Stringworks couldn’t make it
due to family emergency he WILL BE presented with his VERY OWN
“Lefty Frizzell style guitar!

He was also presented with 50 smaller portraits and signed the
first one for Mr. Kenneth.

Kenneth Marr has done a lot for ALL of us for sure and he continues
to do this all the time. He is a damn fine friend to us all.

Joshua Morningstar you deserve this and much more. I’m honored
to call you a friend and honored you allowed me to launch
my ONE YEAR ARTICLE!