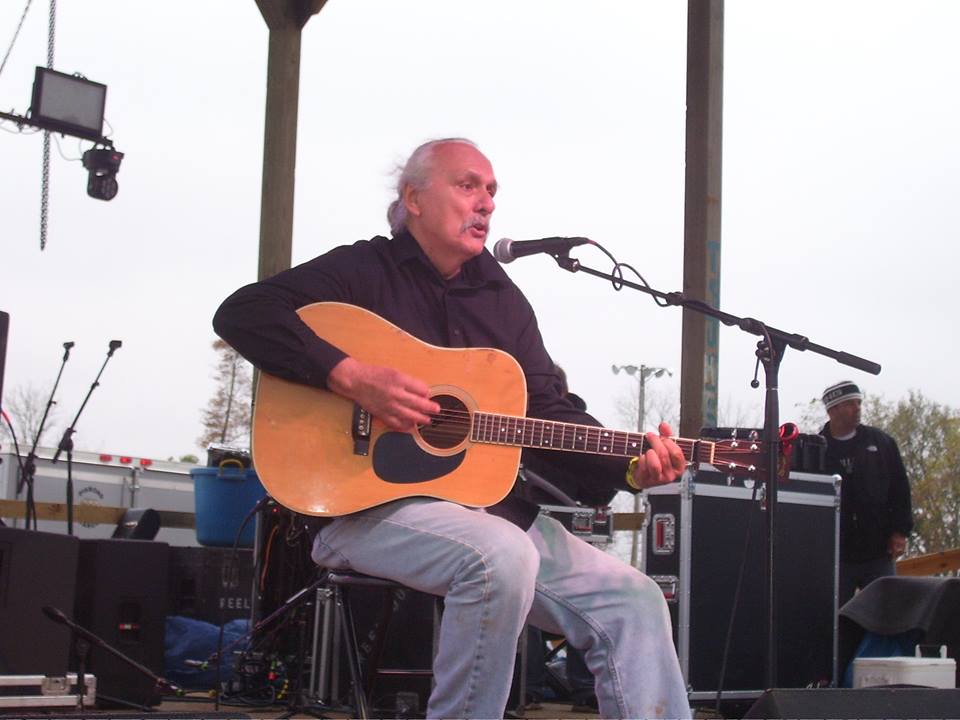 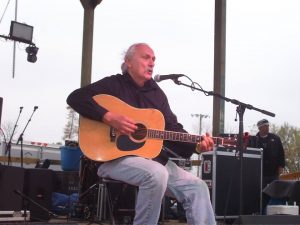 Ok folks so part 1 of day 3 was Brandon Atwell’s album release party
that I just released.
There were several acts until Country Legend Tom Ghent came on stage.
When he got up there pretty much the whole place rushed the stage
to see him play.
He was one of the Legends of Country Music songwriting from the times
when Outlaw Country was just forming and beginning to take shape.

In fact his first song was “Easy As Dreaming” which was recorded by
Bobby Bare, the first Outlaw Country music artist.
It was on the 1977 album “Sleeper Wherever I Fall” and is one of my favorites
to sing along to.

His next song was “Lust For The Road” which was cut by Tommie Joe White
in 1986 I believe.
And his song “Gandy Dancer” was recorded in 1990 by John Lincoln Wright.
His songs “Big Muddy” and “I Want To Live” were great choices as well.

He continued his set with “Yankee’s Rebel Son” and another one called
“The Pawnbroker”.
And also played a cajun type song that was requested by someone followed by
“Sour Grapes”.

“Whiskey Whiskey” was a song recorded by Rita Coolidge and Kris Kristofferson.
It was recorded in 1971 and on “The Lady’s Not For Sale”.
It’s also another of my favorite songs.
He followed those hit songs by “Mississippi Rainstorm” and ‘Take Me Drunk I’m Home”.

We all stayed and admired this man’s talent and history as he graced the stage
with all of his songs. Our group that was Altamont Originals hold Tom Ghent in
high regard and reverence.
And honestly he closed his set with another of my personal favorites
“When All Us Old Folkies Were Young”.
He has so many stories about Greenwich Village in it’s prime and so many stories
of Nashville in the 60s and 70s.
It’s so exciting to be around him when he shares his life stories.

Another person that played and I touched on his set from Friday night
was Hal Bruni.
This was his regular slotted performance time and I took notes on both of his sets.
I got to finally meet him before the festival took off early thursday morning as
I rolled in to registration and vendor meetings.
Hal Bruni is affiliated with the Last Honky Tonk Music Series and DAT Sauce who also
sponsored the event this year.

He sent me a whole box of stuff a few weeks before the festival started
and I had some knowledge of his songs already.
I was working in the merch tent and selling merch for other people and
didn’t get to fully see his whole set this time but I do remember he opened his set
with “Same Old Blues” and “Southern Music”.

His album “Blue Collar Town” was a good addition to my collection and I
play his music quite often.
He told me stories of Wayne Mills being his children’s Godfather and shared all
his tattoos with me. He’s a different style of artist for sure
and has a very unique ability to play music that many others don’t have.
Just his writing style and way of life was unique.

“Smoke And Mirrors” and “She Knows The Words” were two more songs he played I
noticed.

Another Last Honky Tonk Music Series member that I enjoyed his set was
Kyle Wilson. I hope to catch up with him one day and see his set further.
I’m not really familiar with his songs or setlist.
I got to stop and talk with him briefly and he didnt stop in the merch
tent and I basically missed meeting him further.
I will make it a point to one day change that.