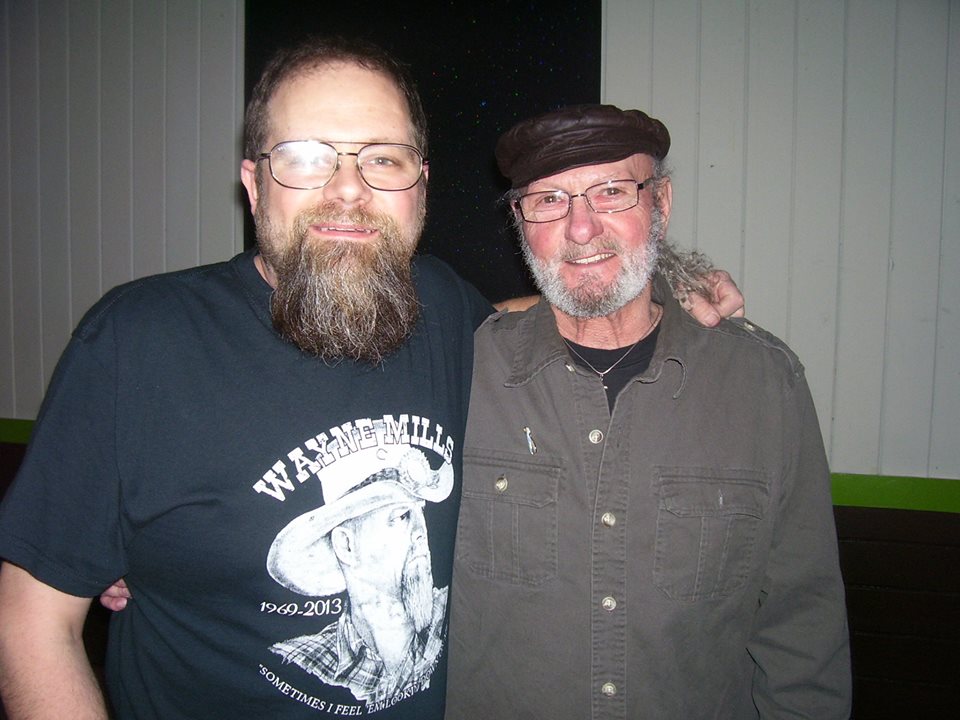 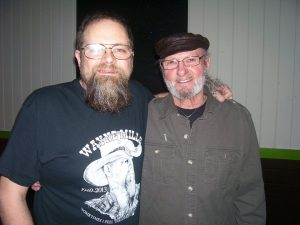 Well folks you know I been working HARD these past few weeks for so many people
and I’m STILL busting my hump for Outlaw Fest. Do I even need to keep
adding links for this event…YES! We NEED your support to support our community
and our artists. Think of how many hotels and restaurants and other businesses that will benefit
from this event.

Several years ago there was this internet radio station program called Musictogousa
ran by a great man named Bert Gagnon. And during this program in the chat room
I met this man R.C.Oleary.
He was a funny individual and had many stories and I remember I enjoyed logging on to see
if he was there along with many others.
I met so many great people on that radio show and it was where my website ideas were still
just brewing and I was busy getting my skills sharp for the coming storm that is
Garyhayescountry.com.
I remember many night admiring Florabama Waltz and I often requested that song.

This was us enjoying a Wayne Mills gathering we had in Nashville with our
friend Tanna Taft.

Just like the Billie Gant article I will most likely continuously add to this article too.
I learn so much more things about him all the time. I’m going to include his bio from one
of his media outlets and add some of my own.
This will be one of three albums that will be released during the festival along with
Billie Gant and Brandon Attwell that are both separate articles respectively.

This album is his fourth album to his credit and I’ll tell you his other albums:

He has had 10 chart singles and one song in a major movie.
I will include this BIO from his media page.
I found a pair of drum stick’s and a set of old drum’s at a local American Red Cross Center
in a small town outside the military base where I was stationed in France and began Beating
on them over the week’s to come until I could make some sense out of different rhythm’s,
I then took myself to the Service Club on base and began sitting in with the player’s that
would Jam everyday after work and got to where I could handle most every kind of
music they played. Not being satisfied with just drumming I bought an old
acoustic guitar from a friend leaving for the States (Marvin Manley) and began
what was a trial and error situation re: chord’s-progression’s etc!!
THEN, I met a couple of young guy’s that would come play and practice guitar together at
the Service Club and asked if they would help me learn chord’s and one of them
agreed to help. One of the guy’s went on to a military career Mr. Doug Land
(fantastic guitar player at age 15) . The other young man age 15 was none other
than Jerry Corbitt the future Co-Founder of ‘ THE YOUNGBLOODS ‘ with Jesse Colin
Young, and also Co-Founder with Charlie Daniels of the ‘ CORBITT-DANIELS BAND.

Jerry worked with me on chord’s, rhythm’s and whatever else I could handle at
the time musically to this day we have stayed good friends the rest is history
for all concerned. .. I began playing drum’s for local band’s when I
returned to the states from Europe and also playing some of the Coffee Houses
and Folk rooms in and around the Boston area, then ended up going to the WWVA
Jamboree with Doug LaValley and Jean Marie and stayed there playing for the
Jamboree act’s throughout the USA then Nashville called and I went on the road
there with Up and Coming Band’s. (I must say this about that) if it hadn’t been
for my second ‘MOM’ Tootsie Bess owner of Tootsie’s Orchid Lounge I never could
have had the opportunity to stay until I connected with a solid GIG as she
allowed me to run an OPEN TAB on beverage and food (of which I alway’s paid) by
working Linebaugh’s Restraunt waiting table’s and to keep a roof over my head,
then one day,, my dear (Late) friend of 42 year’s Charlie Garner told his boss
about me being a drummer and SLEEPY LABEEF came to Linebaugh’s and asked me to
play drum’s for him. I worked on and off with this Legendary Rockabilly for
nearly 40 year’s and would still be with him today if not for raising my now 16
year old son.

I signed with BMI Nashville in 1976 while an
affiliate writer with Warner Bros.(Nash.) Co-Writing with the (late great)
Singer/Songwriter ‘Handsome’ Harlan Sanders. We went on to write many song’s
that were recorded over the years by various Artist’s of which were well
accepted by fan’s, listener’s, and radio station’s across the USA/Canada and
around the world.
Harlan passed away a few year’s ago (August 29, 2003)
leaving a large void in my life, as well as being Co-Writer he was my Best
Friend, and Best Man when my wife and I were married in 1972, he loved my
little son P.J. and P.J. loved him, we all miss him very much.

I formed SCRIMSHAW RECORDS in 1979 and my publishing
company SCRIMSHAW MUSIC BMI in 1980 for the reason of having a Record Label and
Publishing company at my disposal so I could Catalog and Protect my own song’s,
Record and Release whomever and whatever I wished, whenever I chose, allowing
me not to have to (KISS) some record company owner’s backside to do so.

I recorded Nationally for COUNTRY SHOWCASE AMERICA
RECORDS (CSA) Md. receiving many Great Review’s/Triple Pick’s to Hit from the
now defunct Review Process of RECORD WORLD/BILLBOARD and CASH BOX covering
Canada/USA and the world, and of course on my own label SCRIMSHAW RECORDS . I
have recently become associated with WILDCAT RECORDS based in Massena, NY &
NYC and will be releasing product through them in the near future .
I’ve Produced/Arranged two Album’s on SCRIMSHAW
RECORDS for a talented, lovely Lady from New England by the name of ‘SHARMAN’
recorded here in Nasville at Bayou Recording Studio engineered by the GREAT Mr.
George Clinton which went on to receive numerous Rave Review’s from Fan’s/Radio
and Press. Artist’s that have recorded on SCRIMSHAW RECORDS are: GRIZZLY DAVE
— SHARMAN — AMARILLO — JIMMY PARKER (Party Of One) written by: (the late)
Harlan Sanders, this song was one of the the most played, longest running songs on
radio in the New England area,, it is still being played today, and of course
myself !! Chat y’all later ,,,,, STAY IN TUNE ,,,,, R.C

So there you have it folks right from Garyhayescountry.com
And now I’ll show you the tracklist:
1.Whippoorwill
2.Raggedy Ann N Andy
3.Angel Wings
4.Cowboys Aint The Only Ones
5.Cozy Living
6.Deep Canadian Blue
7.Common Misdemeanor Of Man
8.A Natural Thing To Do
9.Billy And His Muse
10.Hasta La Vista Baby
11.Auld Time Square
12.Waiting In The Wings.

Outlaw Fest is going to be EPIC in many ways folks I URGE YOU to go down there
and be a part of this great event.
You will miss out on a GREAT deal of good music if you miss this!