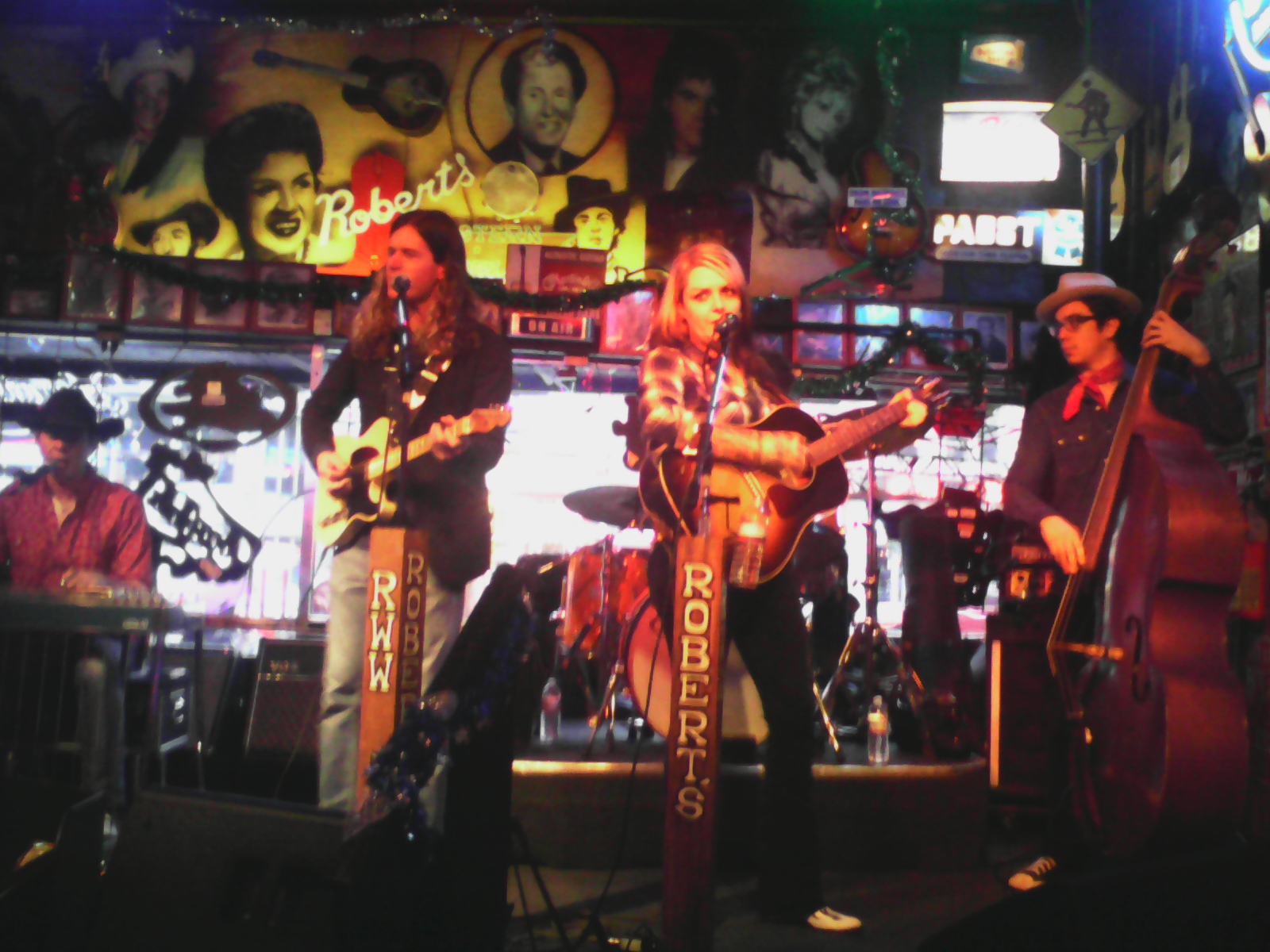 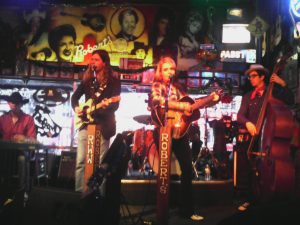 So Santa brought me a new tablet and I wanted to play with it, what better way to tinker
with it than to head down to Roberts Western World on Broadway in Nashville.
WHO YOU ASK? Why…none other than Sarah Gayle Meech.

In my opinion she is one of the BEST acts on Lower Broadway to go see, she has a heart of gold
and a voice of the heavens. She honestly LOVES her fans and remembers everybody’s name..I wished I
could do that all the time. I’m guilty of forgetting names but once she meets you she knows you.

The worst expense of downtown Nashville shows is parking..that’s costly. But I’ll tell you what
Sarah is worth whatever you spend to get there. Just take my word for it and get there.
She had her “Meech Boys” with her for this show I caught today and up front I’ll say the covers
were WELL picked out. Some VERY rarely heard covers were played tonight and I’ll tell you
once again the NEW album “Tennessee Love Song” is finished and I’m waiting orders to release
a pre-order article. I’m told it has 14 songs and YES IT WAS produced by Andy Gibson and his magic
studio..Andy no longer plays for Hank 3 (for unknown reasons).

Her steel guitarist Tommy Hammum just absolutely KILLED IT today along with her guitarist
Craig Smith. I’m going to be featuring Mr. Tommy later on in an upcoming series on steel
guitarists (Oh did I spoil that)..dangit…

She opened her set with a Harlan Howard in 1959 called “Heartaches By The Number”. Now most
of you would say it was Ray Price..and it was but Guy Mitchell recorded the most commercially
successful version. She also played ‘Tiger By The Tail” which is a good Buck Owens song
which was also penned by Harlan Howard.

“All I Want is a Honky Tonk” was a real good choice for an original opener of her set
from her debut album. For only having one album under her belt she really is creating
ONE HELL of a hoo ha down there. Robert’s is FAMOUS for birthing huge draws on their stage
like BR5-49 and Brazilbilly. Both bands recorded live albums there and became quite successful
using it as their headquarters.

She then played “One Six Pack To Go’ and Old White Boots”. She knows I’m a huge FAN OF HER
SONG “fOOLISH”. I JUST love HER VOICE WITH THAT STEEL made possible by Tommy Hammum who just
got off tour with Wynnona Judd and has played with so many Legends of Country Music.
He sang on some songs too, like “Going Down That Road Feeling Bad”..and he also did a REALLY NICE
version of “Steel Guitar Rag”.

Her new songs she played were called “Love Of Mine” and the other new one was called “Bar Again”.
And so far from what I have heard this album will be another must have in your collection.
And we only have to wait until March to pre-order it.

Craig Smith on the lead guitar…wow..what can I say? He absolutely blew the roof off
the damn bar. His tone was very unique and he belted out some rowdy ass riffs.
As they played “Honky Tonk Blues” and “You Ain’t Woman Enough” the tip jar had to be
dumped out twice! You know folks she works for TIPS so instead of your 5 dollar foamy coffee
why not help her pay bills?

“sound Of A Heartbreak” is a really good original song from her first album..I’m telling
you if you have not checked her out DO IT NOW!
She followed up with “Honky Tonk Angels” by Kitty Wells and “One Good Thing”, which is
the title track of her first album.
Hank Cochran’s “I Fall To Pieces” was another great cover song she does. along with another
original “Drink Myself To Sleep”.

JUST HER AND THE STEEL MAN TOMMY played “Golden Ring” and “Your Cheat’n Heart”.
I’d LOVE for her to do a show with just her and a steel guitar, man that would be
a nice combo.
“Sad And Lonely” and “I’ll Be Gone” were next followed by a Red Simpson song
“Close All The Honky Tonks”. My favorite version of that song was done by Charlie Walker
in 1965.

“No Angel” she played and the guitarist played a REALLY GOOD version of “Big River”
and his solos blasted through the whole bar. His stage presence beat ANYTHING ANY arena
show EVER COULD produce.
MY FAVORITE song she does “Foolish” and I will be honest..I don’t think she’ll ever beat
that song. Not saying she does not have the ability to write a better song…but in my opinion
she will never beat it..It’s that good.

One of the last songs they did was the guitarist singing “Halfway Down” which Patty Loveless
made popular and Billy Joe Shaver wrote it.
She closed her set with “Put Your Money Where Your Mouth Is”. All in All I had a wonderful time
down there despite the achy damp weather. What a blessed way to spend an afternoon and see
some great friends.