I’m very excited about this project here. I spend a lot of time at the Country Music Hall Of Fame, because all year long there is so much going on for fans of all types of music, whether you enjoy Bluegrass or Country or pop country there is history here for it. I go there often to study, and to correct myself on information that I don’t always understand.

There are so many podcasts out there that I cannot always spend enough time listening to them all, however one of my favorites is always Voices In The Hall with Mr. Peter Cooper. You can learn so much on those programs about your favorite Country Music Legends as well as new artists.

Many of the new exhibits are streamed and many of the new shows that are held there are streamed online. Now, sadly in today’s day had age that convienience keeps people from coming out to some of the shows and workshops all around town. With Americanafest going on next month town will be buzzing with so much awesome music you’d be foolish not to come to town.

The Country Music Hall of Fame® and Museum proudly welcomes country music torchbearer Marty Stuart as its 2019 artist-in-residence. Stuart will preside over the Museum’s CMA Theater stage on September 11th, 18th, and 25th, both curating and performing at three one-of-a-kind shows.

Stuart will celebrate the rerelease of his landmark 10th studio album, The Pilgrim (1999), which showcases his songwriting and instrumental talents and tells the story of a man from Stuart’s hometown of Philadelphia, Mississippi. He will celebrate this 20-year milestone with a host of musical guests including Chris and Morgane Stapleton, Country Music Hall of Fame member Emmylou Harris, Country Music Hall of Fame member Connie Smith, Gary Carter and Kristin Wilkinson with her Superlative Strings.*

Songs That Tell a Story

Harlan Howard famously referred to country music as “three chords and the truth.” Stuart will pay homage to country music’s musical stories with an acoustic show. This line-up will feature a number of Nashville’s most influential and revered storytellers including John Prine, Doug Kershaw, Dallas Frazier, Brandy Clark and the Fabulous Superlatives.*

*Artists are subject to change.

A five-time Grammy winner and recipient of the Americana Music Association’s Lifetime Achievement Award for Performance, Marty Stuart began his musical career at 12 when he joined the Sullivan Family Gospel Singers. After stints with bluegrass great Lester Flatt’s Nashville Grass and Johnny Cash’s backing band, he embarked on a solo career that resulted in hits including “Hillbilly Rock” and “Tempted.”

In the early 2000s, Stuart formed the Fabulous Superlatives, a band whose musical skills and sensibilities echo the vibrancy of their Western suits. The Superlatives issued their latest album, the critically acclaimed Way Out West, in 2017.

A renowned collector, Stuart is currently developing The Marty Stuart Congress of Country Music in his hometown of Philadelphia, Mississippi. The facility will house a performing arts center as well as Stuart’s extensive collection of country music artifacts and memorabilia.

“Marty Stuart has made country music his life’s work. For nearly 50 years, he’s preserved its history, photographed its legends, and performed its music with integrity,” said Kyle Young, CEO of the Country Music Hall of Fame and Museum. “Marty has been an integral part of so many significant events here at the Museum, and his residency promises to deliver more historic moments.”

ABOUT THE ARTIST-IN-RESIDENCE SERIES

Each artist-in-residence is invited to use the Museum’s performance venues to create unique musical experiences. 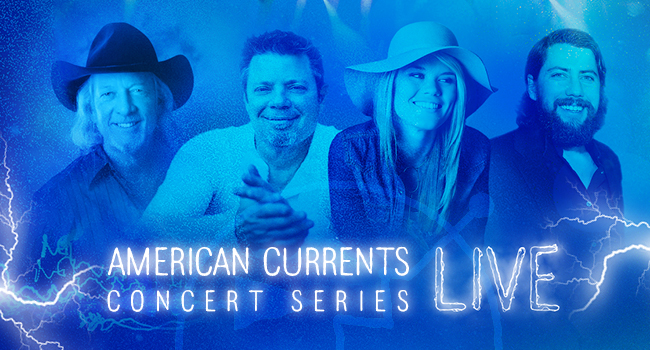