Mr. Tyler Childers. This name has become a brilliant beacon of light for good Country Music. I’ll be catching up with him at the fifth annual Kickin It On The Creek. He is a driving force in local music, an inspiration to all local musicians and bands alike, and a beacon of hope for REAL Country Music and independent music as a whole.

Now I’m going to be completely honest here, as I always am on this blog, we know each other. But I don’t go WAY BACK with him like others do, and we don’t visit each other on holidays, and if I led you to believe that I’d be lying through my teeth. My West Virginia friends like Mr. W.B.Walker and Mr. J.J.Waters both know him from YEARS BACK and when they speak of his past THEY SPEAK of the stories you need to listen to NOT MINE.

This young man absolutely dominated my Facebook, twitter and Instagram feeds throughout 2019 in many ways. He played his first time at Red Rocks Amphitheater in Colorado ( Mr. Luther wrote a GREAT article for us there), and played again at the Opry. As we speak I am catching up with a PLETHORA of things from 2019, and I’m writing about his fabulous performance at Kickin It On The creek like I just mentioned. 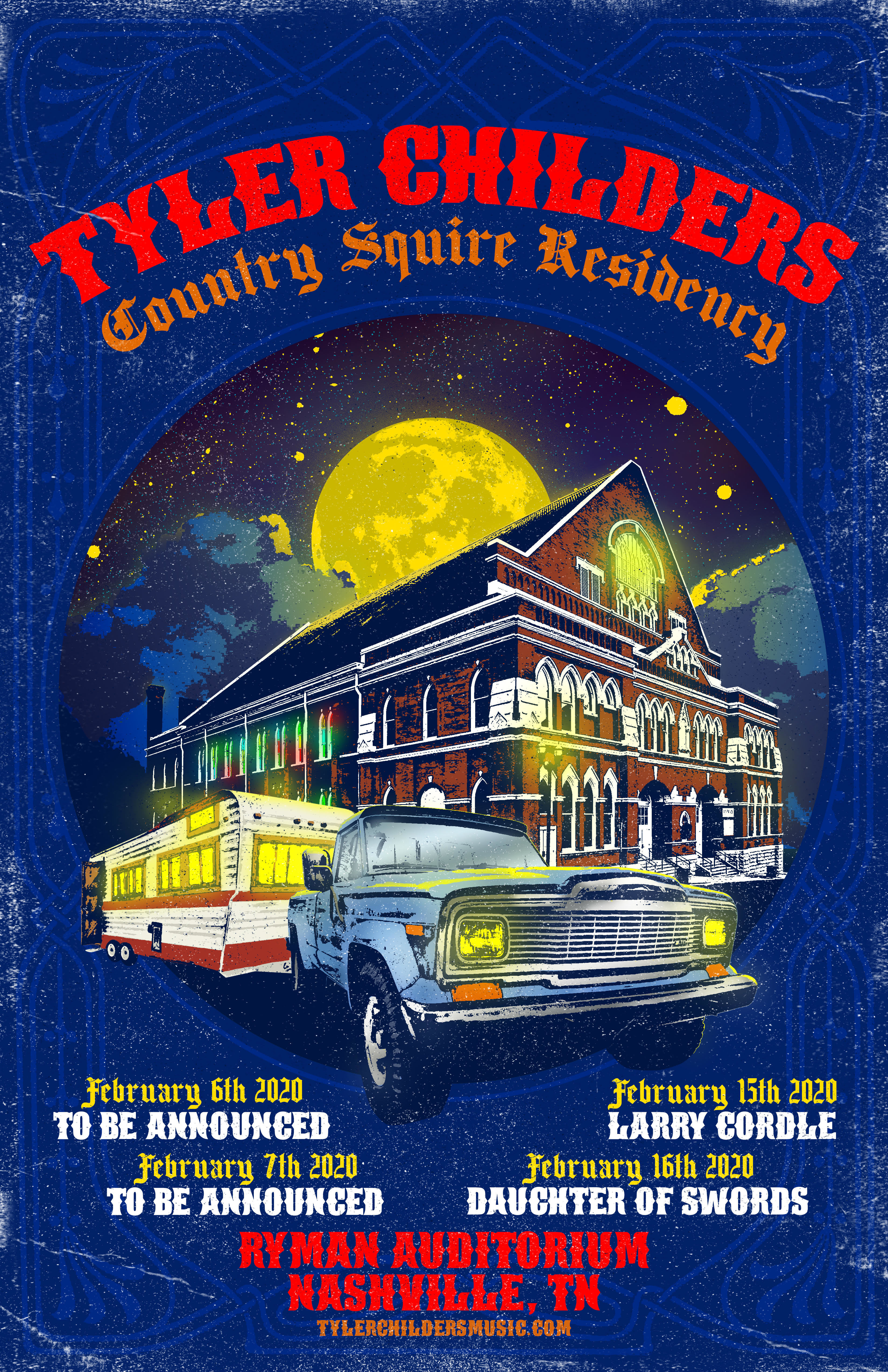 Tyler Childers And The Food Stamps have indeed blazed a trail through independent and underground music in the last few years with only two major label albums, and just recently he announced an arena tour with powerhouse artist and producer Sturgill Simpson. More on that later in this article here.

He has a four day Ryman Auditorium run in early 2020 before going on that tour with Sturgill, and here are the dates for the powerhouse arena tour as mentioned above. I’m going to be completely honest, I really don’t think there are many fans of Mr. Strugill Simpson that aren’t fans of Mr. Tyler already. However these venues just keep growing, I see a great propensity in these artists to become more agile as they get accustomed to bigger crowds.

He guest stared on Jimmy Kimmel Live and he did a wonderful job on there, and it brought his music to whole new echelon of listeners. All together that has been transpiring all over for him and his music from all of the different avenues of exposure of his music. Actually, he was on several different talk shows this year, but the one that I got to see was this one here. 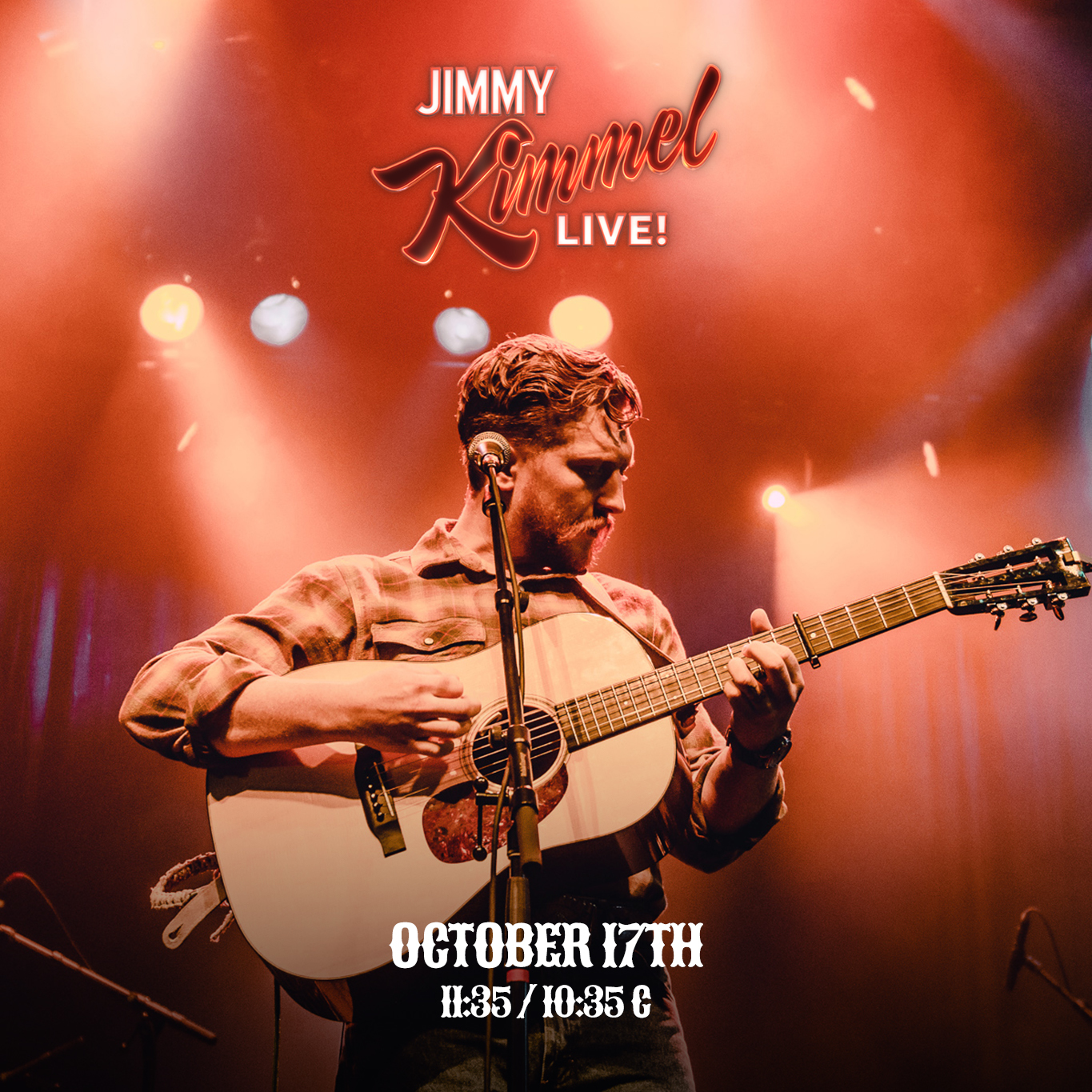 I met these folks at this year’s Kickin It On the Creek, and promised to include them on some of my work. This is their mission from their website:

Drug overdose is the leading cause of death for people under the age of fifty in the United States. The Appalachian region has been dramatically impacted by the opioid and heroin epidemic. West Virginia in particular, the only state entirely within the Appalachian region, gained national and international notoriety after 26 people overdosed near a housing development in Huntington on August 15, 2016. West Virginia has the highest rate of fatal overdose in the nation. Tragically, rates of death due to overdose have exponentially increased across the country from 2015 to 2016. In 2016, 52 out of 100,000 West Virginia residents fell victim to an accidental overdose. Preliminary data for 2017 shows no improvement according to public health officials despite efforts to make life-saving drugs like Naloxone or Narcan more easily accessible.

The causes for this epidemic are complex. Many sources point to the economic decline and continuing loss of decent jobs through ongoing deindustrialization that has particularly impacted the region. Multiple legal settlements from drug companies to states and local units of government verify that pharmaceutical opioid marketing and prescribing practices set the stage for

opioid and, later, heroin addiction. Topic experts like Sam Quinones, author of Dreamland, point to the decline of community by decreased funding of public services. Indeed, addiction thrives in isolation. However, recovery communities are forming. Many of the same people who have been revived with Naloxone are helping others find recovery. The scourge of the epidemic remains, but there is reason to hope that people and communities can overcome this problem. At present, addiction-related charities receive around $25 million in private funds annually, in contrast to $390 billion given to all charities based on Facing Addiction and Giving USA 2016 data. This is approximately 0.00006 percent of all charitable funds raised.

In closing here folks, I’m quite adamant on the fact that we will only see this young man and his band rise to the top of the food chain here. He is achieving his dream’s through hard work and dedication to his craft, his attention to his style and his knack for kicking you in the nuts with his lyrics and his harsh realist attitude.

I think he will be appearing in many festival lineups in 2020, and many more road shows with his crazy hilljack band The Food Stamps….SEE YOU IN THE CROWD!