Joshua Ray Walker is back with his second solo album following his stellar 2019 release Wish You Were Here which landed at number four on my 2019 Albums Of The Year List.  Where Wish You Were Here was mostly full of slower songs and sad country tunes, this album picks up the pace and is much more of a rocking country record.  It still features Joshua’s amazing vocals and songwriting but this time there is more variety in the soundscape and that makes for a better record this go round.

The album kicks off with “Voices” which is one of the slower tracks on here.  The high lonesome cries on the chorus of this track are a great showcase for the amazing vocals you can find throughout this album.  Another favorite is “Bronco Billy’s”.  It’s a honky tonk tune that starts off slow and builds to a fast pace with some killer pedal steel work from Adam Kurtz who is on pedal steel throughout this album and is a true standout in the band featured on this record.  “Boat Show Girl” shows off some of Joshua Ray Walker’s songwriting ability on a track about a girl who wishes someone would look at her the way people look at the boat she is trying to sell.

Another great track is the bluesy rocker titled “User”.  There are some great blues riffs with some killer slide guitar work and even a horn section.  You wouldn’t think a horn section would work on a track about blues rock track about substance abuse, but it does.  “Loving County” is another slow track that features some great yodeling and an almost cosmic soundscape with some trippy guitar throughout.  It’s a fitting sound for a song about going to one of the most lonesome off the grid places you can think of.  Finally, the album ends with the rock number “D.B. Cooper”.  The lyrics are a short two verse song about D.B. Cooper after his escape.  The slower backdrop gives way to some thick riffs that are bound to be a rocking jam live.

This album really slaps.  It features a huge variety in sound that goes from high lonesome ballads to honky tonk bangers to thick riffs and jam worthy rock n roll.  If you felt Wish You Were Here was a bit one note with a lot of ballads, this album won’t do you wrong.  I highly recommend giving this one a spin as Joshua Ray Walker has released another album of the year contender here.  Glad You Made It is out everywhere as of July 10th, 2020.  While Joshua Ray Walker can’t tour anywhere right now, you can get yourself a copy of this record on his bandcamp page.

As uncertainty becomes more and more a part of the new normal, it’s good to know that we can still count on some great country music albums coming up in the near future.   We’ve got some quality records coming out in 2020 and it’s shaping up to be a big release year.  COVID-19 has changed up the release schedule a bit, however, I have included albums with as solid of a release date as I can on this list.  Check out our 10 most anticipated country albums out this summer.

Mike and The Moonpies just announced this release last week.  It’s a collection of unreleased songs written by Gary Stewart and as soon as I heard about this record, it jumped to the top of my list.  The Moonpies are one of the best honky tonk bands around and I’m looking forward to what they can do with some lost Gary Stewart songs.  It’s a good thing we only have to wait a couple of days for this one.  It comes out Thursday May 28th.  This album is only available digitally at first, with physical items to come in the future.

Shooter Jennings has been on a tear lately as a producer and this new Jaime Wyatt album is looking to be no different.  This album features guest appearances by Shooter Jennings himself and his mother Jessi Colter.  I was a big fan of her 2017 album Felony Blues and cannot wait to see what she has as a follow up.  This one is out in a couple of days on May 29th.

I first discovered John Baumann with his 2017 album Proving Grounds.  I was a huge fan of tracks like “Lonely In Bars” and “The Trouble With Drinking”.  Baumann was also a part of the Texas country super group The Panhandlers who released one of my favorite albums of 2020 so far.  I’m really looking forward to this solo record and if songs like “Next Ride Around The Sun” and “The Country Doesn’t Sound The Same” are any indication, Baumann has another big record here.  I’m looking forward to this one out in early June.

I have been a fan of Hellbound Glory for a long time.  Their last album Pinball was a big favorite here at Gary Hayes Country and it sounds like Pure Scum will be the same.  Shooter Jennings is producing this record (his second on this list).  If singles like “Dial 9-1-1” and “Ragged But Alright” are any indication, this record will be high on our year end Top 50 lists.  This one is out in June.

I first became a fan of Bryan James with his 2017 record “Between The Devil and The Angel”.  This album featured a pure country sound and had many great songs across it’s 19 tracks.  Fast forward to 2020 and we have his highly anticipated follow-up album Politics Or Religion coming up in June.  Check out a preview of the album here.

When I heard Kyle Nix of the Turnpike Troubadours was going solo, I knew this would be a good one even before I heard the first single.  If that’s not enough, when you hear that members of Turnpike Troubadours serve as his backing band, then you know this will be a good one.  That was all confirmed when “Lightning On The Mountain” was released as the first single.  Now I can’t wait for the end of June for this record to come out.

I have been a fan of Kyle Keller for a while.  His 2017 EP was a collection of raw and real acoustic tracks.  You can expect more sparse instrumentation here on All It Does Is Rain as the sad songs and stories are at the forefront of Kyle Keller’s music.  If you’re a fan of good songwriting and slow acoustic sad country and folk songs, this album is for you.  Look for it everywhere you can stream music on June 27th.  I have also heard we might be getting a single released from this one soon.

Joshua Ray Walker – Glad You Made It – July 10th

Joshua Ray Walker blew me away with his 2019 debut album Wish You Were Here.  He’s got an amazing voice and great songwriting skills to match.  Earlier this year he released a new song called “Voices” that allows him to stretch his vocal chords out even further.  I can’t wait to hear this entire album and we will be able to in early July.

I first came across the music of S.G. Goodman through Spotify’s Indigo playlist.  I was immediately drawn in by her voice which is very raw and unique.  Her music comes across like a mix of Kentucky influences and a blend of rocking Mississippi delta blues.  I’m looking forward to hearing the rest of the album as her early release singles have been very solid.  This one is out in July.

Finally, we have a new record from the Texas country funk outfit The Texas Gentlemen.  You have most likely heard The Texas Gentlemen serving as Paul Cauthen’s backing band on his albums like his 2019 release Room 41.  They also have a previous album out called TX Jelly from 2017 that you should check out.  This band is recommended if you like heavy doses of funk in your country.  Check out the single “Bare Maximum” and the album is out in July.

Be sure to check back here at Gary Hayes Country for coverage on all of these and more great albums coming out soon. 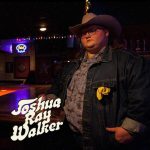 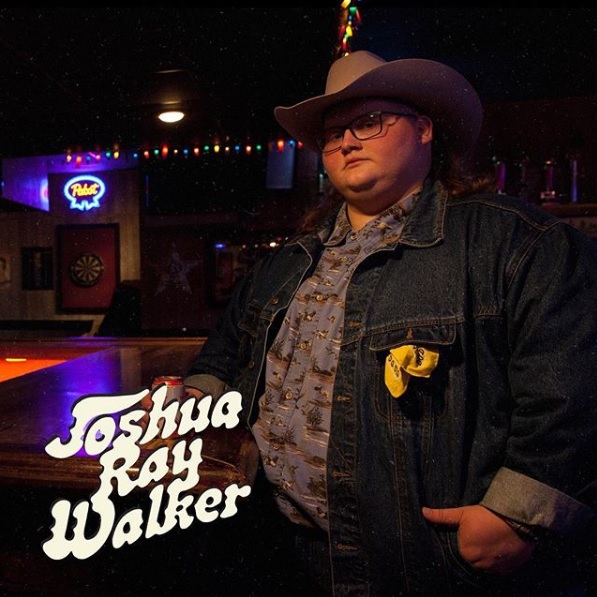