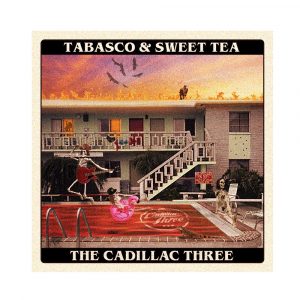 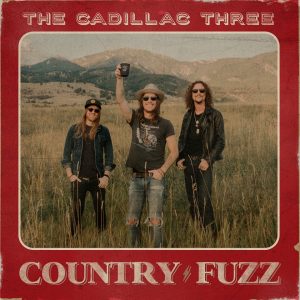 I have been a fan of The Cadillac Three for a while.  They bring a sound similar to ZZ Top but with modern aesthetics which bring that sound forward.  They always have a mix of rocking numbers and smoother songs meant for country radio. This album is much heavier on the fuzzy rock tunes as the title implies.  For those who are not familiar, The Cadillac Three have been around since 2011 and are Jaren Johnston on lead vocals and guitar, Kelby Ray on bass guitar, steel guitar and vocals, Neil Mason on drums and vocals.  Let’s check out some of the good stuff from this record.

The album kicks off with “Bar Round Here” which is a fun rockin number about your local watering hole.  I dig the electric slide guitar solo on this one. You know you’re in for a fun record. The track “Slow Rollin’” is a slower track that brings the heavy fuzz rock sound you would expect from this record.  I dig the groove this track has and it’s sure to be a fan favorite live. “Crackin’ Cold Ones With The Boys” has some fun lyrical turns with the laundry list style of songwriting. It has an infectious hook and some groovy beats that will pull you in much like the rest of this album does.

On a different note, the ballad “Raise Hell” is a song about how hard it is to get to Heaven if you want to raise hell.  This track is a ballad, but it keeps the heavy fuzzy rock aesthetics that run through the album and I dig that in a song like this.  “Jack Daniel’s Heart” is a fun spin on the typical Jack Daniels song. It asks the question who broke Jack Daniel’s heart to make him want to make a whiskey so strong.   The dobro on this track is groovy and infectious. It will have anyone dancing once this one comes on. Finally, we have the heaviest song on the album “Whiskey and Smoke”.  The riffs are heavy and thick with this one and it goes more into stoner rock territory than southern rock. I dig it as there is nothing else really like this in The Cadillac Three catalog.

This is the best record from The Cadillac Three in my opinion and leans stronger on the southern rock heavy sound that makes them unique from other bands on country radio.  If you have slept on this band for any reason, Country Fuzz is a good place to give them another look. This album was out everywhere as of Friday February 7th, 2020.