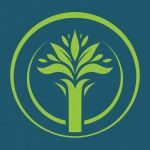 Folks this edition bring us to the great state of Minnesota where on May 26th-29th the Revival Music Festival will transpire. Where car camping is a new option, let’s delve into that in a moment here. This festival looks to be close to another that I feature so I spaced out their coverage to prevent confusion of brands. So folks THIS LINK bears some important information you need to read. The early bird special is a good deal, and this appears to be a reasonably priced festival. All of the rules are pretty much common scene that I post for EVERY festival! This is a rain or shine outdoor two stage festival located at Harmony Park Music Garden, and it has many amenities including:

Galactic ›
Yonder Mountain String Band ›
Antibalas ›
Turkuaz ›
Jon Wayne and The Pain ›
The Big Wu ›
The Hip Abduction ›
The Main Squeeze ›
Aqueous ›
BIG Something ›
New Orleans Suspects ›
Charlie Parr ›
The Lil Smokies ›
Useful Jenkins ›
Frogleg ›
Dead Horses ›
Black Market Brass ›
Kind Country ›
The Way Down Wanderers ›
The Railsplitters ›
Burbillies ›
Dead Larry ›
Mark Joseph & The American Soul ›
Ginstrings ›
EGi ›
Bob Pat Band ›
Black River Revue ›
Jill & The New Grüv ›
Pretty High ›
THIS FROM THEIR WEBSITE:
Join us on Memorial weekend at the Legendary Harmony Park Music Garden for Revival Music Festival.  REVIVAL is an intimate, diverse musical affair, with its primary focus on improvisational funky grooves, jam sessions, string pickers and epic storytellers of all types!  It is our intention to create a peaceful playful energy that inspires individuals to share their magic. By limiting the size of these gatherings we allow the subtle spirits of “Home” to come out and dance with us. Its enough of a treat just to be “Home”… that we get to be in celebration with so much talent and kind family is indeed a blessing…

HERE is a complete list of local area hotels for those of you like me that do not camp and stay indoors for the event.

Lately I have been indulging into a plethora of Red Dirt Country and also Bluegrass Music as well, in addition I also enjoy what Bluegrass purists dub as “progressive” Bluegrass which features the core of Bluegrass while omitting the mountain sound of it..if that makes any sense to you.

In today’s music market there exists a passel of these “progressive” Bluegrass bands and having been around for some eighteen plus years The Yonder Mountain String Band remains on the fore front of the list of them. I believe this is simply Bluegrass with a more modern sound, marketed to a younger audience akin to the marketing pitch of pop country minus the hokey plastic packaged overproduction of it. The difference you ask…this “progressive” Bluegrass doesn’t omit talent like pop country often does.

One of the select reason I adore this band so much is the longevity of their current (and steady) lineup of only one original member  being  gone, and that is the mandolin juggernaut Jeff Austin who is now solo and released a stellar album in 2015 on Yep Rock Records. He left YMSB citing creative differences and schedule conflict in 2014 and was replaced by Jake Joliff.

Back in 2015 YMSB’s offering Black Sheep earned a spot on my TOP 50 of 2015, yes it was indeed a darn fine album in every way and it continues to maintain it’s place within my constant rotation of albums when I am  into listening to Bluegrass of any form. This past spring while on their Black Sheep tour the band stopped into Austin Texas in April on their 2016 leg of this tour and recorded a LIVE DVD which you can purchase HERE.

They filmed it at Stubb’s BBQ at Stubb’s Waller Creek Amphitheater in Austin Texas last year and this is the set list of the show:

I thought this DVD concert featured a nice variety of selections from a wide span of time having the first track “Traffic Jam” being from 2004 series of their “Volume”  live albums throughout their years of playing music and then going right into their 2015’s Black Sheep album released on their own label in Colorado Frog Pad Records. Fiddle player Allie Kral’s vocals are featured well on the song “Love Before You Can’t” on the Black Sheep album and on the DVD she is also featured well on them.

And HEY they are featured in many of my upcoming festival series features, so You’ll be seeing their name pop up on many of them including Winter Wondergrass out there in Colorado, their home state!